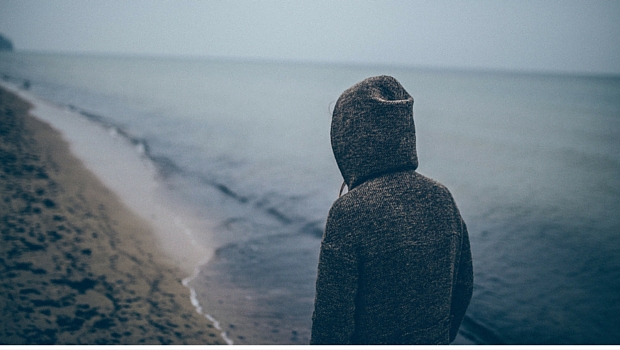 News has been circulating recently about shootings, terrorist attacks, injustice, and world chaos.

In recent days these types of events have become more and more common. With events like these occurring more frequently, one objection to the existence of God seems to tower above all the others: How could a good God allow evil and suffering?

This question is not exclusively asked by the intellectual or the philosopher, but is a query that is common to every class of people. If God is really there, why is this happening? Whether it’s a personal struggle or a senseless act of evil, our first instinct is to ask, “Why?”

Entire books can be and have been written on this subject, so by no means is this an exhaustive or complete explanation. Although this is not complete, I will briefly explain some of the most helpful points I have heard in regard to this subject.

Evil Is Evidence For God’s Existence, Not Against It

How can evil be evidence for God? You might be thinking, “If evil is evidence for the existence of God, that’s not a God I want to believe in. If God is really good and He really exists, He wouldn’t allow such things to happen.” Well, hear me out on this.

Sin is a term we are all familiar with, but sin is not just another term for evil. The biblical definition of sin is falling short or missing the mark. Missing what mark? Falling short of what? What is the standard? Man certainly is not our standard. Man fails time and time again, but we all recognize a standard that transcends mankind and to which all of mankind is accountable.

If someone does something wrong, we don’t compare them to another human being and say, “So-and-so wouldn’t do that, so you shouldn’t either.” We appeal to a higher standard that goes beyond our own authority.

So what’s the standard? The standard is the perfect character of God. Sin is anything that “falls short of the glory of God.” (Romans 3:23) God is the measuring stick. C.S. Lewis talks about this in his book Mere Christianity, saying,

“My argument against God was that the universe seemed so cruel and unjust. But how had I got this idea of just and unjust? A man does not call a line crooked unless he has some idea of a straight line. What was I comparing this universe with when I called it unjust?”

So the problem with our argument that evil is evidence against God’s existence is the fact that without God’s existence, we would not even have a standard to determine if something is good or evil.

Evil Is Evidence Of God’s Absence From Our Lives

Dr. Rice Broocks says in his book God’s Not Dead that there are primarily three worlds God could have created. He calls them Control, Chaos, and Cooperation.

The first world, Control, is a world where humans are robots with no ability to do wrong. Humanity has no ability to choose, we only have “programmed goodness.”

Chaos, the second world, is a world where God remains completely absent. There would be no consequences for anyone’s actions. Essentially there would be no right and wrong.

Lastly there is Cooperation. The third way God could have created the world is one where He gives mankind free will to choose. He gives us a set of rules and standards to help keep us from harming ourselves, but we are not forced to follow them. That’s what makes us human, our ability to choose. This third option is the world we live in.

Our next question then becomes, “So why doesn’t God just destroy evil?” Well, Dr. Broocks says it this way, “God could get rid of all of the evil in the world in a moment. All He would have to do is kill everybody.” Evil is in us. We carry the virus. Evil exists because we perverted God’s creation through our free will. But God has provided a way to remove the virus, so that He can destroy evil without destroying us. That way is Jesus.

So evil is not evidence of God’s absence in the universe but evidence of His absence from our lives. It’s evidence of our lack of cooperation. If we’re looking to point the blame, we ought to take a look in the mirror.

Senseless acts violence and injustice are just that… senseless. They don’t make sense. Why didn’t God intervene? Why would He allow natural disasters? My answer—I don’t know.

That’s it, Luke? You don’t know? That’s not very helpful. I agree, it’s not. But I would much rather tell the truth than try to make something up to sound smart. Although this is the case, listen to what Timothy Keller says in The Reason For God about this subject:

“Just because you can’t see or imagine a good reason why God might allow something to happen doesn’t mean there can’t be one. Again we see lurking within supposedly hard-nosed skepticism an enormous faith in one’s own cognitive faculties. If our minds can’t plumb the depths of the universe for good answers to suffering, well, then, there can’t be any! This is blind faith of a high order.”

Many have walked away from God because they are angry that He has allowed them to go through suffering or because of the evil they see in the world. Timothy Keller responds by saying this:

Evil And Suffering Turned On Its Head

God’s plan is not one that just eventually makes up for suffering with eternal happiness and pleasure, but instead God uses evil and suffering to do the exact opposite of what Satan intended. Evil and suffering are intended to weaken the good things God created, but instead it will only serve to intensify the glorious future that God has in store. Just as nearly losing a loved one intensifies your love and devotion to them, the contrast caused by pain, suffering and sin only intensifies the goodness of God.

I’ll close with a final quote from Timothy Keller:

“This is the ultimate defeat of evil and suffering. It will not only be ended but so radically vanquished that what has happened will only serve to make our future life and joy infinitely greater.”