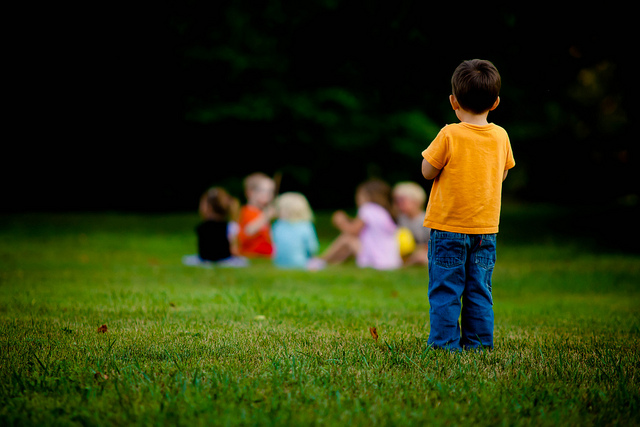 I was 19-years-old, sitting in a counseling office, convinced the weight of the world was on my shoulders.

The reasons for being there that day were varied and loose. I still don’t remember what we talked about in that short time except for one statement.

“You are a third culture kid, Alicia.”

She posed this phrase as a statement. It wasn’t a question.

Even if I wanted to tell you all that transpired after our move from Otterburne, Canada, to Lancaster County, USA, I couldn’t. Mostly because I don’t remember a lot of it. Some days vague memories jump out at me, but it’s mostly gray and foggy, like a dream where you try to completely open your eyes but you find it impossible to do so.

Fifth grade hit me like a ton of bricks. I went to a private, conservative Mennonite school. I was distantly related to half of my class. My last name was no longer unusual, but commonplace and almost expected.

The ability to introduce myself in French could not help me conquer verbs and adjectives nor did it do anything for my math homework. If it is possible to have a constant headache for months on end, then that is what I most remember.

The headache of trying to figure out a new school system. The shock of going to a church that all dressed like us, instead of being the only girl wearing different attire. Sunday School wasn’t a program of skits or songs about Pharaoh baby and sailing home, but an actual class around a table, where we sat on hard-back chairs and read from the lesson.

This new period of life was a maze of confusion and guilt.

The confusion was trying to navigate the murky waters of adolescence and a new culture at the same time. I cried several times a week, always in private. The only reprieve came from daily, then weekly, phone conversations with my best friend.

It was not a particular person, group, or individual circumstance that caused these hard years. It was the clash of cultures blown up in the world of a child.

It wasn’t one moment of misunderstanding. It was a thousand little details that left me confused and frustrated. Some were humorous, like the time we asked where the washroom was at a friend’s house, and they led us to the laundry room.

Others were hard, like the day I figured out you need to be invited before you randomly go over to someone’s house.

The simplest way to sum it up is this: In my Canadian world, I was different and I knew it. My friends knew it too. “Why do you wear dresses and skirts all the time?” In these moments I would gather them around and, in hushed tones proclaim, “It’s because I am Mennonite.” Then we would run off and play another round of soccer or grounders. It was curiosity, but it didn’t change our relationship.

In my new American world, I looked the same. I dressed the same. My name said I belonged here. But I didn’t think the same or act the same, and this is what set me apart most. Attempting to even describe the exact differences is nearly impossible without categorizing or labeling.

From the age of 10 until that day in the counselor’s office 9 years later, I tried to convince myself that someday I would fit in.

I wanted to believe that at some point in my life there would be a time I could clearly say, “I am from here,” and wholeheartedly mean it.

It hadn’t happened yet, and suddenly I knew it never would. I am from Lancaster, yes. But I am also from Ontario and Manitoba and all those pieces of life have influenced who I am, whether I admit to it or not. It is different, perhaps, but not bad or wrong.

Throughout my teenage years, I looked at this difference as a detriment. We all applaud the idea of being different, but the reality of being different was and is excruciatingly frustrating some days. Most common love-hate questions?

“Where are you from?”

“Where did you grow up?”

“Where are your parents from?”

Every TCK dilemma is how to answer these or similar questions. The long version? The short version? The sarcastic version? Sometimes they are good questions. Other times it’s hard to know how to respond without launching into a 10 minute explanation.

Becoming an adult has its own set of problems. Where do I root myself? Do I even try to root myself at all? Which place do I refer to as “home”? Sometimes the heightened awareness of culture shock and adjustment is an asset. Sometimes you enter another country and tiptoe around, figuratively speaking, because you don’t want to offend anyone. Like a human chameleon, most TCK’s are subconsciously or consciously looking for ways to blend in or adapt quickly to the culture(s) we are in at any given time.

It’s not always an obvious difference that “sets us apart.” There are definitely varying degrees of Third Culture experience. Perhaps the greatest significance in the TCK label is just that: we actually have a definition for what we are.

It wasn’t so much that a professional counselor told me I was a Third Culture Kid, but rather it was because someone who barely even knew me paid enough attention to recognize that part of my story.

Belonging everywhere and nowhere is a gift, not an impediment.

It’s hard, confusing, exhausting, and soul-searching, but it’s still a gift. It’s okay to be different. The world needs to hear your insight and perspective that spans beyond a singular, primary culture. It needs you to risk in the places that hurt most.

My hope in these two posts is not just for you, the reader, to hear my story. Rather, that we as a community of people, no matter the story, can start engaging each other in discussion and dialogue on how to use our multi-cultured childhood experience as a tool for good.

How can we walk in grace towards the people and cultures around us?

What has been most helpful to you, as a TCK, in your Third Culture experience?

To my non-TCK readers, what have you learned (if any) from these posts? What can we do to better engage you with our experiences, while also hearing yours?

is a student of Jesus, travel enthusiast, and cooking experiment-er. She's spent several years learning (and still learning) what it looks like to really love well by hanging out, teaching, cooking, and interacting with kids and youth. She's learning that the unexpected life is the good life, whether that means traveling the world or daily living right here, right now in Lancaster, USA.