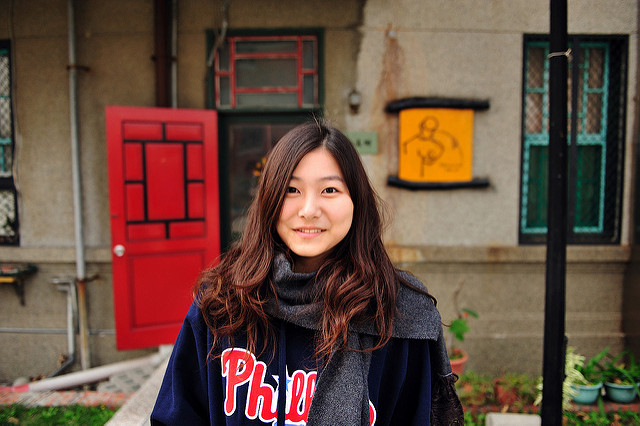 Third Culture Kid: a person who has spent a significant part of his or her developmental years outside their parents’ culture. The third culture kid builds relationships to all the cultures, while not having full ownership in any. (Source: http://www.tckworld.com/)

Every person has a story.

I’ve spent the last 2-3 years attempting to write bits and pieces of my childhood and teenage years as a Third Culture Kid — or TCK. It has been primarily difficult for two reasons.

1. No matter how many adjectives, stories, or pictures you tell, few, if any, are able to identify with your individual experience. This is true no matter who you are, but especially true in this context.

2. It’s easy to feel unqualified or inept because there are so many others who have experienced this cultural chasm much more deeply than I have.

Despite these hurdles, I will at least attempt to share my story in the hopes that more discussion and recognition of this subject will be birthed.

A few disclaimers to begin:

If you find yourself relating to this idea of being a third culture kid, don’t undermine that identification. I spent years undermining my connection to this group simply because I thought only missionary and military kids fit the bill. Being able to identify myself in this group has drastically helped me understand myself and how I view those around me so much better.

If you can’t identify with this third culture kid (TCK) business, it’s okay. I’m not expecting everyone to identify with this group, nor feel obligated to. My hope for those of you who are not TCK’s is that you can gain insight into a world often full of misunderstanding and cultural faux pas.

If you can identify with it based off your travel or work experiences as an adult, that’s also not a bad thing. You may be a Third Culture Adult (TCA), which is something I (or perhaps some other inspired individual) can expound on in the future. In the age of “going into service” and vast amounts of global opportunity, this group is becoming increasingly larger and broader.

When you fully engage yourself in a culture different than the one you came from, returning “home” can be a hard and frustrating thing. Your experience matters and should be addressed more often. However, this first part is primarily about those have been raised in other cultures and/or countries based off of parents’ jobs, schooling, ministries, etc.

In the world of Third Culture Kid-dom, every single story is different, even within families. My youngest brother has known a very different childhood than I have, mostly because we have actually lived in one house longer than 5 years now. In fact, most of his life has been primarily one culture, which means he wouldn’t necessarily relate to the TCK idea.

Whether you are a TCK or not, I am convinced that every story matters.

So even though I may be spending a large portion writing about my childhood and experiences as a Third Culture Kid, I don’t believe that those who have lived in one primary culture all their lives have less to offer than ones who have continuously traveled the world or moved around. My goal is simply to share my story in order to engage discussion.

I grew up in… well. Three different places, I guess. My childhood started in Southern Ontario, Canada, where we moved 3 times before my 4th birthday. The summer I was 4, we moved to Smalltown, Manitoba, Canada. Exchanging rolling farms for flat prairies, the majority of my childhood memories are of this place. We lived in a college campus trailer court, surrounded by those like us–poor college students with aging cars.

From the ages of 4-9, I lived most of my life outside. The Manitoban outdoors contained all seasons of mud, ditches filled with melting snow, mosquitoes, and daily bike rides on the dirt roads. I had a best friend, places to explore, dandelions to pick in the spring and snow forts to build in the winter. The first two summers, we returned to Ontario where dad worked as a mechanic and we lived in one-bedroom apartments.

If I can credit anyone with my exposure to various cultures, it would have to be my parents. My dad grew up as a missionary kid in Northern Ontario and my mom as a pastor’s kid in Ohio. Combining his easygoing appreciation for different cultures with her compassion for the handicapped employee at Wal-Mart made for a rather dynamic duo.

As a child, I never fully appreciated the variety of college friends they seemed to have. An Indian friend who made us curry, a Pakistani family that taught my mother how to make amazing rice, a Korean couple that were like an aunt and uncle to us, Dad’s Burmese friend who we introduced to ski-doo rides, and Canadian Grandpa Pat who we thought was the jolliest white-haired man ever. The seaweed soup from our Chinese friends smelled odd in comparison to my favorite grilled cheese sandwiches. Sometimes the thick accents were hard to understand. However, they were our friends–and some our surrogate family.

If this wasn’t diverse enough, my parents decided to attend a Salvation Army church in the heart of the city for several months. The first Sunday we attended, I was convinced we were going to be shot at some point. Once again, the smells were strange. A few people were sober, but most were drunk, high, or just coming for the free food afterwards. In my childish mind, this was NOT a good place to be. My parents faithfully drove the 1 hour distance every Sunday morning for 6 months, right up until the time my youngest brother was born.

My favorite “second home” was visiting our grandparents in Northern Ontario. It was the home of my father’s childhood and teenage years, so it seemed a natural fit. Missionary kid playmates, airplane rides with Grandpa, and exploring in the bush was different than Manitoba life yet completely normal and exciting to my child-mind. Bundling up to go on ski-doo rides through the bush-land in the winter was absolute bliss, wind whipped cheeks included.

The 2nd and 4th grade years of life, I attended the local public school. Fourth grade is the time I look back on as one of the best years of my childhood. I had three best friends and played jump rope, soccer, and grounders every recess, all year round. My friend and I would walk from school to piano lessons every other week. The French teacher read us children’s books and immersed us in Canadian French history, speaking basic phrases, and the time of day. There was also the Terry Fox run, attending the Festival de Voyageur, and building snow turtles that turned to ice after several weeks.

The rumblings of a move came over Christmas time.

We went to Ohio to visit family, and while there, my parents took a short trip to Pennsylvania for a job interview. We had visited this distant place several years ago and I had faint memories. A girl with a nice dress that smiled at me during Sunday School, lots of mountains/hills, and the musty smell of Great Grandpa and Grandma’s house. I didn’t think much of it until January when my parents sat down and told us we were moving. Even then, it didn’t fully register.

Two of my classmates came up to me one day after hearing this news, and asked how far away Pennsylvania was. “30 hours,” I replied. They both gaped and walked away exclaiming about the far-ness of it. I felt smug. I was moving somewhere that was far away and different, which apparently astonished my schoolgirl crush. It was a good day.

Somewhere between packing and sorting, writing my name in white out on the dark green bedroom wall so the next trailer dwellers would know I had been here, and having one last slumber party with my besties, the truth began to dawn on me.

There wasn’t going to be a “see you later” or a return. It was “good-bye.” The excitement of a new adventure quickly became like rocks in the pit of my stomach. I knew virtually no one in the new place, and I certainly wasn’t about to call USA “home.” Moving day came, and my parents came to pick us up at school. It was computer class, and we were busily typing away in the semi-darkness when Mrs. M. caught my eye, and motioned to the door. It was time to leave.

The class lined up and I said goodbye, gave hugs, and sulked my way to the Penske truck. You know those memories that are so vivid it’s like a movie you’ve watched a thousand times and memorized every line? That’s what this moment was. We passed the school playground, the street where they did karate chops on bricks during the summer fair, and the ice rink where I had learned to skate amid the swirl of childish hockey games.

Part 2 of Leisha’s article will be published on Wednesday, July 13.

is a student of Jesus, travel enthusiast, and cooking experiment-er. She's spent several years learning (and still learning) what it looks like to really love well by hanging out, teaching, cooking, and interacting with kids and youth. She's learning that the unexpected life is the good life, whether that means traveling the world or daily living right here, right now in Lancaster, USA.