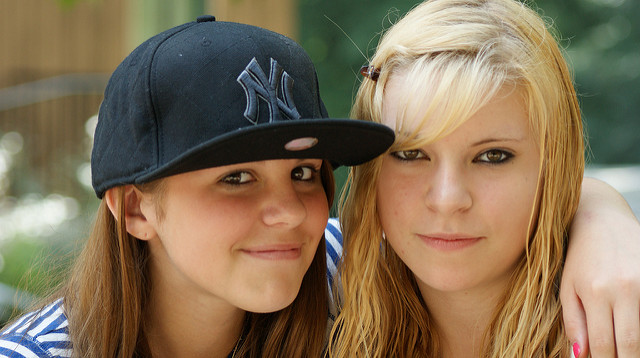 At the age of thirty, I find myself saying things that I really hated my own father saying to me when I was a kid.

I’ve experienced firsthand the hilarious truth of Mark Twain’s reflection on his own father: “When I was a boy of fourteen, my father was so ignorant I could hardly stand to have the old man around. But when I got to be twenty-one, I was astonished at how much he had learned in seven years.”

Hilarious because the only thing that changes is our perspective of our parents as we get older and find we are more like them than we are different. But as a teen, I didn’t see that. All I knew was rebellion.

What teenager hasn’t felt that nagging desire to rebel? For me, it started even earlier. In second grade I decided I was going to stop doing my homework. Who were these teachers who thought they could tell me what to do anyway? My parents weren’t hands-on enough to enforce that it get done, and I was smart enough to pass my tests.

Nonetheless, my conscience nagged at me.

One day the bus dropped me off after school and I ran to my grandmother in tears. “God is going to punish me, and send me to hell for not doing my homework!” I confessed.

My grandmother, coming from a nominal Roman Catholic background, tried to comfort me by telling me God wouldn’t do such a thing if I just started doing my homework again. I never did. I also suppressed any further thoughts of God for the rest of my adolescent life.

Now, as an adult and a follower of Jesus Christ, I’ve often reflected back on that moment. Where did I get this idea of God from? I hadn’t grown up going to church. I had little to no understanding of the Bible. Yet there I was feeling condemned and guilty for my defiance of authority.

The Apostle Paul, who wrote a large portion of the New Testament, gives a little insight into where this idea originated with the younger version of myself.

He tells us that even those who’ve never read the Bible, “show that the work of [God’s] law is written on their hearts, while their conscience also bears witness, and their conflicting thoughts accuse or even excuse them” (Rom. 2:15).

God’s law was written on my heart, but my conflicting thoughts first accused me of rebelling against it and then later, suppressing that knowledge, excused me as I sought to live free of the burden of guilt.

Ever since the rebellion of our first parents in the garden of Eden, perhaps the unifying theme of mankind is rebellion. Even if we deny the existence of God and are ignorant of the Bible’s commands, we rebel against him.

We are by nature, rebels.

Whether it be God, government, or our guardians, we desire to be our own masters. It’s a defining attribute of mankind.

From one rebel to another, I want to encourage younger believers in Jesus to be bold in their faith. Don’t rebel against God, but instead, rebel against that inner fear that prevents you from sharing your faith with confidence.

Because all of us have sinned (Rom. 3:23), we have a lot in common with our non-believing friends. Additionally, as quoted above in Romans 2:15, God’s law is written on their hearts, regardless of whether they acknowledge it or not. The chasm that exists between us Christian rebels and our not-yet-Christian rebel friends is much smaller than the Devil would have us believe.

Rebel against the Devil’s expectations, to the delight of God. And appeal to the common knowledge of God that he has placed within your friends, even if they are rebelling against it.

is a pastor to families and youth in the Baltimore area. He is a staff writer for Gospel-Centered Discipleship and has contributed to a number of publications in both print and web form. He is the author of the upcoming children's picture book "Farewell Planet Earth" (2017). He is retired from playing in punk bands and has since made it a life goal to expose everyone he knows to Humble Beast rappers. He's married with two kids and loves burritos.