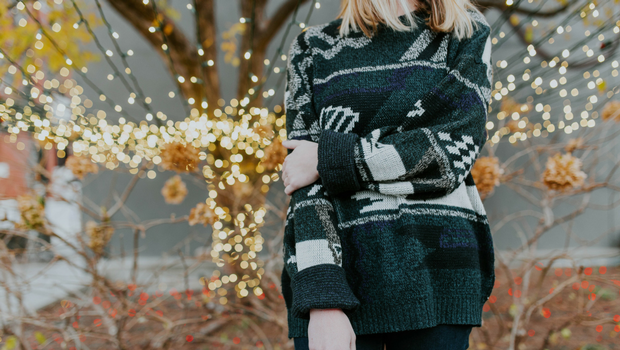 One Sunday in church, our preacher shared with us the theme of North American Missions for the year: “Whatever it takes, reaching the one.”

They were planning to focus on ministering to people individually.

The last three words of their slogan, “reaching the one,” struck me because I felt that my own focus was so very different. I wanted everything I did to impact as many as possible.

I usually preferred to help people, not just someone. When I wrote something I wanted more than one person to read it or else it didn’t feel worthwhile. I wanted to bless many, not just one!

Thinking about this reminded me of Mark 5:1-20, where Jesus and his disciples crossed over by boat into the country of the Gadarenes. As they landed, they were met by a man maddened by the legion of demons that possessed him.

Jesus took pity on the man. He commanded the demons to depart, and he healed him. The people of the city were afraid of Jesus’ power and asked him to leave, but the man wanted to follow him.

Jesus told the man, ”Go home to thy friends, and tell them how great things the Lord hath done for thee, and hath had compassion on thee.”

And the man did like Jesus said, sharing what Jesus had done with the entire city.

He was just one man, but Jesus made a special trip just to help him.

At this point, you might be wondering, “But wait. Is she saying she wants ministries to stop trying to reach the most people they can?”

Definitely not. Rather, I’m saying that we as Christians often lose sight of how important “one” person is.

“Only one person reads my blog; it’s a failure.”

“Only one or two people came to Bible study. Is it even worth it?”

“Why bother telling him about Jesus? He’s only one person.”

“What does it matter whether there is one more person in hell or not?”

We might even think, “God doesn’t want me to make a difference. I’m only one person.”

But it only takes one drop of rain to make a whole pool ripple.

That man Jesus healed in Mark 5 spread the word, and when in Mark 6 Jesus returned to that place, the people flocked to greet him and brought him their sick, that they might but touch the border of his garment.

When they did, they were healed because of their faith.

It all started with just one man…

That one person who reads your blog may be inspired to inspire others.

Those few who came to the Bible study may be changed forever.

Instead of one more person in hell, there could be dozens more in heaven.

“Only one person” has changed the world before. He was the son of a carpenter, a nobody from a small town. (In fact, many individuals have changed the world and made a difference “all by their lonesome” — if not quite so dramatically).

If you spent your entire life sharing the gospel and only one person accepted or was touched by your message, then well done good and faithful servant! You have been instrumental in saving one priceless soul from the depths of hell!

If all the work of every ministry organization in the entire world helped only one person, then they have succeeded! If you were the only person on the face of the earth, Jesus would have died for you just the same.

I am not saying don’t dream big or try to do great hard things. You can try to reach many, but don’t become discouraged if you only reach one.

I’ll still do things to impact the “most,” but from now on I’m going to try and reach the one as well. (And if only one person reads this, I’ll try to remember what I’ve just said!)

What about you? What will you do to reach the one? Can you think of someone whose life you could bless in some small way today?

is a 21-year-old Servant of the King, DHTU graduate, word hoarder, and dreamer, who lives with her parents and two siblings near an “End State Maintenance” sign in Virginia. She tries to focus on writing her “novel-in-progress” when she’s not being distracted by her other writing projects, going on adventures, participating in online classes, talking shop with other writers, reading, drawing, or practicing guitar.