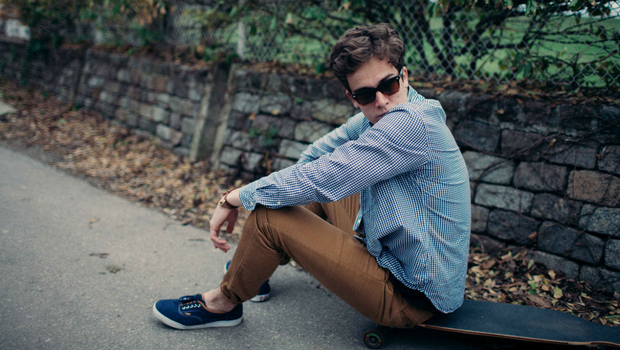 A few weeks ago, I dropped by a gas station adjacent to my work for a Coke.

As I walked the store en route to the back cooler, my eyes wandered across the landscape and a revelation slowly overtook my mind.

Our addictions can be fed at gas stations.

Think about that for a moment the next time you fill up the tank and journey inside for a candy bar, soda, or a pack of gum. On this particular day I noticed products that accommodate numerous addictions, including caffeine, alcohol, cigarettes, lottery tickets, and erotica. Next to the cash register stood a rickety floor display of pornographic films (though I will note that the cases were covered).

Cravings can be met everywhere, especially those of a sexual nature. In light of this, how do we continue to combat the enticing lure of lust?

The LORD God said, “It is not good for the man to be alone. I will make a helper suitable for him” (Genesis 2:18).

If you recall the moments of creation prior to man – light, sky, land, vegetation, and living creatures – these were good. God saw that it was good. God was satisfied with the good that his fingers formed together out of nothingness.

The creation of man was good too, but being alone was not good. A good God did not like this. Accordingly, he created a helpmate: He formed a woman from the rib of man. Consider the verse that follows the first appearance of the first woman.

As a man married to an attractive wife, this verse is powerful in the context of union and togetherness.

But how did Eden become a place of shame?

Sin. Adam and Eve sinned, hid, and clothed their exposed bodies because they felt great shame. Their sin exposed their willingness to let temptation come to fruition.

Sin yielded death too; instead of staying with God in Eden forever, Adam and Eve were exiled, sent away from the lush garden to a life of toil and hardship, tears and heartache.

Sexual sins take numerous forms, but the root cause is still the same: lust. Genesis 3 uses the language “pleasing to the eye.” The fruit captured the attention of Adam and Eve, and like a shiny apple, physical attraction to another person begins with the eyes.

But as we all know – or ought to know  beauty is skin deep. The Lord looks at the heart (I Samuel 16:7). Lust lives on the surface, but it lacks depth. Lust is short-lived.

Fast forward to the book of Exodus. There are some major commandments in chapter twenty, ten in total. One is pertinent for our purposes though.

Since most if not all of you are not married at the moment, this commandment seems less weighty – until Jesus, who is the fulfillment of the Law (Matthew 5:17), reveals a new way to think about adultery and shows us that we break the law so much more than we realize.

“You have heard that it was said, ‘You shall not commit adultery.’ But I tell you that anyone who looks at a woman lustfully has already committed adultery with her in his heart” (Matthew 5: 27-28).

Though this teaching from Jesus seems like an indictment exclusive to men, I assure you that lust is not a male-only temptation. Ladies, young and old alike, are tempted to give in to the sin of lust. Carolyn McCulley, in a 2011 article for Desiring God, had this to say on the subject.

“Let’s not assume that immodesty only affects the eyes of men. Women are becoming increasingly visualized as well, and can be distracted in similar, though perhaps not identical, ways.”

She later adds that “lust is a human condition, not just a masculine one.” This is a revealing truth for both genders.

Walk by the Spirit

At 35, I’ve come to the conclusion that resisting lust is a lifetime battle. I struggled with it mightily as a teenager, but managed to achieve breakthroughs through small groups in church and practical books on the subject.

But while books are effective tools in the war against lust, true victories for men and women are attained by walking in the Spirit. Paul spells it out in Galatians:

Suffice it to say that living out this word from Paul in a consistent manner is difficult – really difficult. Lust is a daily onslaught from the enemy, be it subtle or glaringly obvious.

We can respond to these temptations, however, by knowing that our identity is found in Christ alone. In other words, we do not look to someone of the opposite sex for the completion of our identity. He or she does not complete you.

Look to 1 Corinthians. “Now you are the body of Christ, and each one of you is a part of it” (12:27). My wife does not complete me; Christ alone completes me. She is a miraculous blessing, the unmerited kindness of God.

Knowing who you are in Christ, focus your eyes then on the temptation that is lust and unearth strategies to crush it before it becomes sin. You would think that these strategies are grandiose in scope, only for those who are in the know. But they are simple, straightforward, and available to everyone who stares down lust.

In the words of Phylicia Masonheimer,

“Believing we are women [or men] loved by a God who is our Protector, Provider, Defender, Father, and Friend should elevate us to a level from which we refuse to step down into the muddied waters of polluted sexuality.”

I’ll say this again: lust is a lifetime battle. It fades at times, but then it slithers from the shadows in times of weakness.

Lift your sword and never stop fighting back. 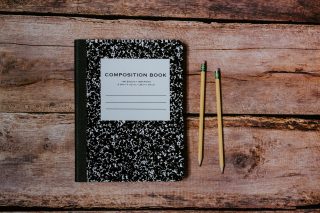