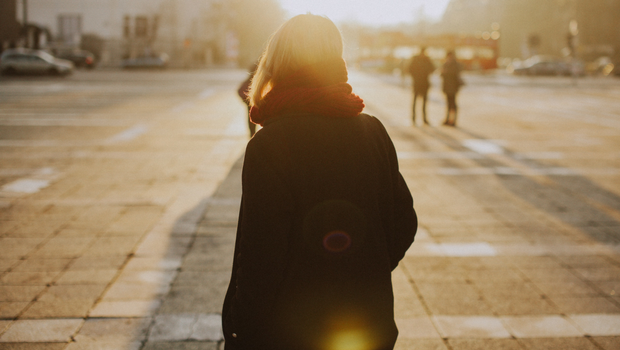 Most of us struggle with sharing our faith.

Sometimes, it’s because we’re too shy or too embarrassed. Other times, we just plain don’t know how or are unsure of what we actually believe, so we hesitate and often remain silent.

I bring this up because last summer I had the privilege of attending the reMind Conference hosted by Ravi Zacharias International Ministries in Detroit. Being an RZIM event, it was both a stimulating and refreshing experience learning how to give a defense for the gospel.

They covered a range of topics, varying from sessions such as “The Beauty of Intolerance” by Sean McDowell to Abdu Murray’s “Meaning and Imagination,” to smaller breakout sessions covering alleged sexism found in Scripture as well as the authenticity of the Gospels. The speakers left us filled, inspired, and better prepared to share our faith.

Over the next several months, I would love to explore these topics deeper here on the Reb as well as on my youtube channel, “Wild:Life.”

Right now, however, I’d like to give you six of my top takeaways from the conference.

1. Every Young Christian Should Study Apologetics

Studying apologetics is necessary because the Bible commands it (1 Peter 3:15; Matthew 28:19); it draws us into a deeper awe of Christ; and it increases our confidence amidst growing opposition.

Studying Christian apologetics can produce in the believer a deeper love and admiration for Christ by revealing the beauty behind beauty.

For example, one glimpse of a starry sky can overwhelm both the believer and the atheist with awe. But knowing and understanding the immensity and intricacy of the stars, moons, planets, and asteroids flinging their way through space provokes an even greater reverence at the expanse and – for the Christian – its Creator.

Besides instilling deeper awe for God, apologetics can also boost our confidence by revealing the strong scientific and historical support for our belief. Contrary to popular perception, the Christian faith doesn’t require you to put aside your intellect and logic. God is truth; he created science; he developed logic. Therefore, we can be confident that an honest pursuit after truth will lead us deeper into – not away from – Christ. Why would we want to miss out on that?

Unfortunately, since the Christian worldview is often portrayed as ignorant or foolish compared to secular world views, Christians are often afraid to face the questions and skeptics throw at them.

Personally, one reason I’m afraid is because I don’t know what I’ll do if I can’t defend my beliefs. Will it shake my faith? Does the experience I’ve had with Christ become merely a figment of my imagination? Sharing our faith is risky.

Faith will always require personal choice, but knowing respected thinkers (such as Ravi Zacharias, Abdu Murray, and others) believe the Bible, and better yet, knowing the facts for ourselves, can boost our confidence in the Christian worldview.

Confronting our own doubts, as well as those of skeptics, will either reveal error in our beliefs or affirm them: both of which are valuable outcomes.

As Timothy Keller says “…even if you remain the skeptic or believer you have been, you will hold your own position with both greater clarity and greater humility [by confronting your doubts]” (The Reason for God).

What our culture nominally embraced in the past, it now confidently and publicly mocks in nearly every arena of society. Christian young people simply cannot afford to be ignorant of the strong philosophical, scientific, and historical reasoning behind their faith. For the church to be apologetically illiterate is a recipe for disaster.

Knowing the beauty behind beauty and the sound reasoning underscoring the Christian worldview equips the young Christian for a world no longer hesitant but eager to challenge Christianity head on.

2. Have Real Conversations with Real People

It’s easy and feels good – I’m the first to testify! – to sit at home and talk apologetics with our Christian friends, especially if someone is playing “the Devil’s advocate.” It’s fun since, at home, we win the argument every time.

It’s a totally different story to actually go out and talk to real people.

Hearing real people with real questions and skepticism towards Christianity is helpful in several ways.

First, a skeptic can punch holes in your argument a lot better than your Christian friend playing “the Devil’s advocate.” This is because a skeptic wants to disprove your worldview. Talking with people gives you a chance to identify your blind spots, allowing you to strengthen your argument.

But even more importantly than “shoring up your argument,” talking with real people gives you empathy. Hearing their perspective and story gives you insight into why they doubt the existence of God.

To just approach people with a head full of facts and memorized arguments is not only cold and unattractive, it’s completely un-Christlike. That’s not how Christ won people to Himself. Jesus conversed with each person in a unique way because He knew every person had a unique story.

As Ravi Zacharias often says: “Strive to answer the questioner more than the question” (paraphrased).

“By this all people will know that you are my disciples,” Jesus said. “If you have love for one another.” (John 13:35)

Talking to real people gives you true empathy, allowing you to demonstrate to them the unconditional love and kindness of Christ.

3. Listen Rather than Argue

I don’t even like using the word “argument” because it implies a fight. To talk about “shoring up your argument” sounds like we are fighting the skeptic or atheist. That’s not our intention.

Jesus, Paul, Peter – none of them were interested in winning debates. Paul’s motive wasn’t to out-smart the Athenian philosophers on Mars Hill and validate his faith. Rather, the apostle’s intention and sole purpose in proclaiming the Gospel and “destroying arguments” (2 Corinthians 10:5) was to win people to Christ.

Peter concluded his famous instruction to “always be prepared to make a defense” by reminding us to “do it with gentleness and respect” (1 Peter 3:15).

What better way to approach people gently than just to “shut up” and listen?

As Abdu Murray explained at the conference, “I can give you story after story about times when I was involved in a conversation on apologetics with non-believers and I saw God work and I didn’t even hardly say anything. I was just ‘there.’ I said a couple of things, and then I listened. And God did the rest. They gave their life to the Lord right in front of me. Just [through] listening!”

At the end of the day, only the Holy Spirit can save people. But that isn’t an excuse for us to be lazy in recounting the Gospel. From the very beginning, the apostles used strategy and creativity – immersed in prayer and dependence on the Spirit – to spread the gospel throughout the world.

Telling the Gospel well isn’t just about knowing all the facts and best arguments. We could make a list of arguments as long as the Nile and still not convince a skeptic. Belief and truth go deeper than the mind: they go to the heart and that’s where the real battle is.

Everyone longs to have meaning – it’s from imagination, art, and relationship that we derive meaning for life.

And you can capture the heart through imaginative art, storytelling, poetry, and music. We need good, quality, art – not a list of facts stuffed into a second-hand storyline. We need good, raw, beautiful, imagination-grabbing, heart-capturing art.

5. Be Pro-People Rather than Pro-Institution

Quite frankly, we as Christians have failed in this area for the last several decades, at least.

The Bible is in every way a pro-people book. It recounts the stories of people who followed a Person. Yes, there are rules, laws, and facts, but even those are there for the people, not the other way around.

Everything Jesus did on earth was for people. God is a pro-people God. Yet the modern Western church is often seen defending institutions rather than people.

Despite our best intentions, we are often labeled as anti-gay (people), anti-muslim (people), anti-women (people) and pro-traditional marriage (institution) and pro-religious freedom (idea).

People should sense by our actions and words that, though we may disagree with their worldview, we still love them. Not a belittling, patronizing “I pray for your poor, lost soul” kind of love, but a legitimate “I want to see you thriving and happy; I desire to see you succeed; I’d give my life for you” kind of love.

The fear and lack of compassion with which we (including myself) approach the LGBT, muslim, or pro-choice communities is a distinctly un-Christlike approach.

As long as the they feel like we are against their best interest, we will never persuade them toward Christ (certainly not toward righteousness).

He did so with grace and compassion and without condemnation. He stood firm on truth but drew people in by his winsomeness and sacrifice.

We are called to the same standard of conduct–no matter who we are relating to.

6. Live in Awe of the Glory of God

The study of apologetics begins and ends with an awe of God.

We study because we love Christ, want to know him more, and long for others to see his beauty. We do not study merely to trounce atheists or validate our existence. We study because we are in awe of an awesome God. When we lose sight of that, we miss the whole point of studying apologetics.

Our entire lives are meant to be lifelong acts of worship to God. Giving an answer for the hope that is in us is simply an extension of that worship. If it does not come out of a heart of love for God and our neighbors, then it is not worship to God.

The world is in desperate need of true worshipers willing to honestly wrestle through the big questions real people are asking.

Will you take the risk?