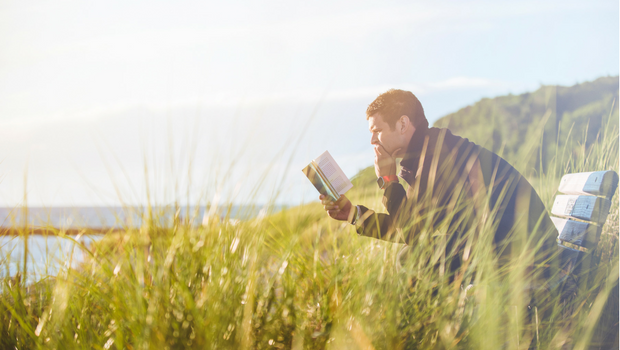 Slime and Beauty. Not two words we would usually associate together.

Because slime is gooey and sticky and messy and bleck. But you know what, I saw beauty in it. I caught a glimpse of the delight of paradoxes the other day.

The rain steadily drummed off the porch, constraining the energy of the kindergarteners inside. But taking such simple ingredients as cornstarch and water, a magical portal was opened from this grey world into a new one — one full of green and yellow and pink and blue slime.

Delighted, powdery-whitened arms and hands mixed and mixed until they made a new discovery. It was hard — and wet! When they forcibly dug it up, crushing it between their chubby fingers, it was solid, hard. But after a few moments of inactivity it would melt away, escaping through the cracks of their fingers. (The scientific name for this actually is oobleck, or a non-newtonian fluid.)

It changed, it didn’t stay the same, it was confusing, a paradox! And they were ecstatic. This was the most fun they had ever had. I tried to explain to them, in their terms of course, the science and reason why. But what good are words and explanations when you have hands, touch, and movement already assaulting all your senses with delight? They didn’t really care why. They were just amazed, just thrilled, just delighted that it does.

And I wonder sometimes if in wanting too hard to just know, to just completely understand, to analyze until there are no more paradoxes — we kill our joy. Perhaps not understanding can be the most wonderful beauty of all.

The Beauty of the Unknown

I don’t understand how a sunflower opens its petals in adoration of the light, in turn giving its glory to the Son. Sure, science can tell me the technical how’s and why’s but — why and how do those technicals work? I can’t know how a swallow bathes itself in the faraway spices, smells, and strength of Africa, and yet never loses its scent for home. I don’t understand why morning air smells beautiful and alive, why the butterflies twirl about together in the sky, why a baby’s giggle sounds airy and light.

But, do we really want to understand, in the analyzing-facts sense?

Because then the wonder is lost. Then the joy is no more. Weren’t magic shows more fun when you were a kid, rather than now when you’re ever looking for the trick? If we could find such delight while not understanding things which weren’t completely true (although the illusionist’s skill and prowess certainly were) what greater wonder in things that are the Truth?

And honestly, do we really think we could understand it all? We are finite creatures, constrained by time and space and sin. Do we really want to know everything? If so, our world, our truth, our God would be smaller than us. Because in understanding something, you take it into yourself.

Do we really wish for a small God?

A God of Paradoxes

Fortunately, it doesn’t matter much what we wish. We don’t have a small God. We don’t have everything spelled out for us. We have a God who delights in His beautiful paradoxes, in His dichotomy of balances, in this dancing harmony of extremes.

The greatest must serve.

And that isn’t to say we shouldn’t try to wrestle these things out. He says, work out your own salvation with fear and trembling. (Philippians 2:12) We should grow in the knowledge of God and of His grace.(2 Peter 3:18) He wants us to try to know Him better, as that draws us closer to Him. But even that is a paradox of sorts. Finite trying to know the infinite, material drawing close to the omnipresent God, flesh wrestling with Spirit.

Worship in Spirit, and truth

There is so much we don’t know and don’t understand, certainly not this side of heaven. But that’s ok. Because not knowing can be beautiful. When everything is spelled out, when all the facts are known — where is the beauty, where is the wonder, where is the mystery in that?

And yet in another poetic twist, even knowing and not-knowing is itself a mixed-up paradox. For there are two Greek words used for know in the Bible, eido and ginosko, for knowing mentally, and for knowing by experiencing. So, in a sense, though we don’t know (eido) how or why these paradoxes work, we do know (ginosko) by experiencing them. Because we’ve tested them. We’ve tried to live them out. We’ve been the recipients of them. How fitting then, that even knowing itself is a paradox of sorts.

It’s ok that we don’t understand. Because we know the One who does. And when we don’t know everything, that is just a sign that we have a God bigger than us.

Paradoxes are beautiful. Because a straightforward world is a world void of surprise, of wonder, of delight. After all, aren’t we all kindergarteners trapped in this grey world of sin and brokenness? But His grace, His truth, His mystery opens up a door of light, of love, of beauty. Even though we might not understand it all. But here’s what I do know. God is in control, and He reigns over it all.

“Oh, the depth of the riches and wisdom and knowledge of God! How unsearchable are His judgments and how inscrutable His ways!” (Romans 11:33)