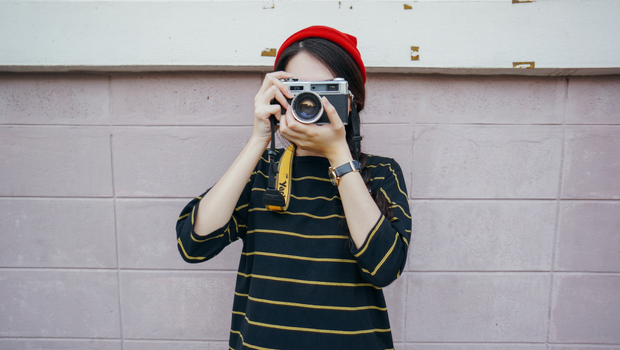 I was 18 when I asked a girl out — the first date for both of us. We went out once, she moved away, and I never texted back. In hindsight, the flirtation, drama, and heartbreak we went through was senseless. Embarrassed by my foolishness, I wanted to leave it behind and move on.

A few years later during a trip to the mountains, a friend started talking to me about his past relationship. Should he feel guilty for breaking up with her? Had he made the right choice? For the first time, I shared my story and what I learned from my mistakes.

After an amazing week in the Rockies, we packed into the truck and headed home. On the way back, one of the guys started asking about — you guessed it — relationships. I’m sitting in the backseat, feeling frustration build up in my chest. We had a nice trip in the mountains and the last thing I cared to talk about on the way home was…

My friend spoke up. The same friend I had helped now shared his story and what he learned from his mistakes. I felt guilty for getting flustered, but it wasn’t until weeks later while studying Jonah when I realized the significance of what happened.

Jonah could win “The Most Insolent Prophet in the Bible” award. Called by God, Jonah’s mission was to call out against the sin of Nineveh. This city was the capital of the Assyrians, a people known for skinning and skewing their enemies alive. When God commanded, “Arise and go,” Jonah arises and runs.

In the opposite direction.

God chased His prophet with a storm, but Jonah doesn’t turn to God in prayer until he finds himself in a sea creature’s stomach. After the fish vomits Jonah onto land, he then proceeds to Nineveh to proclaim God’s message. Sort of.

In one month, all of you are dead.

And the entire city repents. The man of God needed a storm and a fish, but the people of evil only needed 8 words. Whatever Jonah’s intention was with his 8-word sermon, God used His prophet to turn the Assyrians’ hearts to repentance.

God was at work in every detail of this massive repentance. For example, one of the many deities they worshiped was Dagon — a god who was half man and half fish. They even believed messengers of Dagon still emerged from the sea.

Where did Jonah just come from?

Jonah, the messenger of God, emerged from the sea. And talk about a humiliating experience — thrown overboard, swallowed by a fish, vomited out. Yet God used not only a messed-up Jonah but the messed-up story of Jonah. The story Jonah wanted to leave far behind in the depths of the sea was the story God used to impact the lives of an entire city.

All for His glory.

I don’t know what your story looks like. I don’t know the brokenness, the pain, the mistakes hiding in your past or present. But God does.

We all have messed-up stories. The stories we want to hide from everyone else and don’t want them to know about. The stories we’re ashamed, embarrassed, and pained by, preferring to leave far behind buried under time.

But what God wants to do — and so often does — is use the deepest pain and saddest parts of our lives to minister to others. He cares for messed-up people and uses messed-up people to reach them.

All for His glory.

“Why does God want to use my story?” you ask. Because God has this crazy “big plan” He wants you to join in on:

Praise the LORD!
For it is good to sing praises to our God;
for it is pleasant, and a song of praise is fitting.
The LORD builds up Jerusalem;
he gathers the outcast of Israel.
He heals the brokenhearted
and binds up their wounds. — Psalms 147:1-3

God’s “big plan” culminated in Jesus who fulfilled all the psalms and prophecies. As the Great Physician, Jesus came for the sick. He came to heal the hurting and mend the broken, to create a new humanity and bring a new hope.

Today, Jesus continues to move toward messed up people — through us. And He wants you, broken story and all, to impact the lives of others.

Now, God asks you: “That’s my plan. And I am ready to use your story, regardless of how broken, painful, and embarrassing you think it is. Will you arise and run? Run with me.”

“For my glory and your joy.”