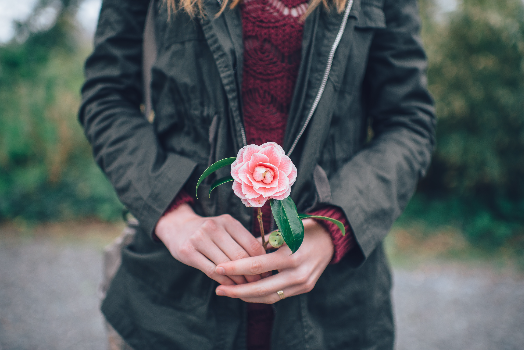 “Something must be wrong with me.”

That’s what every guy is tempted to think when a girl turns down his request for a date.

“She’s great and doesn’t like me,” we think. “Therefore, something must be wrong with me that needs to be fixed.”

To our logic-oriented male brains, this is the only plausible explanation. It doesn’t make sense to us why two high caliber people couldn’t make a great couple. Yet, it’s not uncommon for a girl to turn down a solid, godly man (or to even break up with him if they’re already dating).

Why do they do that? I’ve wondered this for several years because I’ve experienced this exact predicament. And, like many guys, I’ve had to wrestle through that gut-wrenching feeling that “something is wrong with me.”

And, frankly, “It’s not you, it’s me” just doesn’t make sense to us because we are logic-oriented beings–and sometimes a little dense. So this is my attempt at explaining what I think is going on.

Now, I’m not saying that I think of myself as a “great guy” or that “great guys” are constantly being rejected. But I’ve seen too many guys take a “no” so personally that they either unfairly villainized the girl who turned them down or felt like she didn’t respect them enough to date.

When, in reality, I don’t think it’s either one. I’ll explain why in a bit. But if you’re a guy and you’re committed to Christ and growing in maturity, take this as reassurance that just because a girl you admire says “no,” doesn’t mean there’s something inherently wrong with you or her.

If you’re a girl, take this as reassurance that you’re not a monster for turning a guy down.

Like I said, this question really stumped me. Until recently.

I was talking to my friend Tanisha about this puzzle. She’s pretty wise and has been on the other side of it multiple excruciating times before she was married. She helped me, for the first time in my life, finally understand why high-quality girls turn down high-quality guys and why it’s okay.

Guys are hard-wired to need a reason. Whether you’re a girl needing to give that agonizing “no” or a guy needing to receive it–here’s your reason.

But it just simply isn’t that straightforward and it shouldn’t be.

I believe God put inside each of us a pattern for our future spouse. Sometimes we identify these patterns really well and put them down on paper. Sometimes it’s just a gut-level intuition we have. But we take these patterns with us wherever we go and if someone of the opposite sex catches our attention, we hold out our patterns and line them up.

Sometimes, they match up pretty well and we guys get so excited we can’t think about anything else.

“I HAVE FOUND HER!” we think before realizing she’s noticed our gaping mouths and tear stained shirts. “She talks to me, expresses respect toward me, she’s great with kids, has a lot of similar interests and passions–she’s definitely the one.” Our patterns seem to match up, so we ask her out.

That’s what happens inside a guy’s head. The idea makes sense.

Now, flip over to the other side.

Certainly, every now and then we nail it on the first one and she says yes. The puzzle pieces line up! That’s great and awesome!

But many times, while the guy is running around flabbergasted that he found the love of his life, the girl just isn’t feeling it. Something deep inside of her doesn’t click with the idea. It’s like she’s holding up her pattern and although a lot of it lines up, it’s not a match. The guy is attracted to her because they have similar patterns–but it’s still not a match.

He’s a great man, she’s a wonderful woman–but something inside of her just doesn’t click and–often through tears–she gives a “no.”

And praise God she does!

As painful as it is, it’s better in the long run because in order to make a match they’d have to take a scissors to their patterns and remove important parts of who God made them to be. That would be truly devastating. One “no” that stings for a moment, is not.

Romantic relationships can feel so complicated at times. They can be incredibly rewarding while also being incredibly painful. They can be a powerful tool in God’s hand to mold us into life-giving, joy-filled Christians, or they can devastate us and leave us paralyzed to move on.

I’m not saying this illustration of our hearts being like a puzzle piece is a perfect one. Yet it helped me to better understand just because a great girl turns down a guy or a “great couple” eventually breaks up doesn’t mean one of them is a villain.

It just means they weren’t a match.