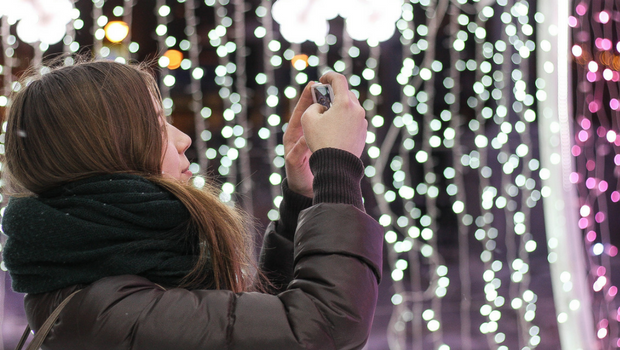 This summer I staffed at Summit Ministries, which was an exhilarating, exhausting, hilarious, heart-wrenching, broken and beautiful time of growth and service and encouragement and learning.

“What do you mean by that?” “How did you come to that conclusion?” “What are the ramifications of that belief?” These and dozens of others were expressed and encouraged at Summit throughout the summer. But those aren’t the questions I want to discuss. I want to talk about one particular question. One that none of the speakers, staff, or students – and yet all of them – directly verbalized.

How do you say I love you?

Because “I love you” isn’t always expressed verbally. It’s not always presented by a tongue. At Summit, I’ve learned that “I love you” is something that can be enjoyed and employed by every sense, every bit of our being. It can be felt in everything.

What does “I love you” feel like at Summit? It feels like the warmth of freshly folded clothes, clumsily tugged out of the dryer at 12:45 in the dark, because a student’s laundry got soaked sitting on the tarmac – because this is how we say I love you.

What does “I love you” taste like at Summit? It tastes like a spoonful of cookie dough, grabbing an extra one and running it over to one of your small group ladies and ordering “Here, eat this!” as they laugh over the perks of having kitchen crew as their small group leader. It tastes like a finger-full of icing, grinning as you jump away from the jokingly-enraged fellow-staffer, part of this family whom you respect and serve alongside – because this gentle teasing and uproarious laughter is how we say I love you.

What does “I love you” smell like at Summit? It smells like fresh air and open spaces and sunflowers, sitting together on a swirled bench, letting the sunshine soak the sadness away. It smells like cinnamon and marshmallows together, because Cinnamon Toast Rice Krispies are Happiness – because good food is another way we say “I love you.”

The Greatest “I Love You”

There’s such a diversity of ways that “I love you” is shown, is expressed, is felt. And I’m definitely biased, but I think Summit excels in saying it. But it’s not the best.

No, there is a far greater “I love you.”

What does “I love you” feel like? It feels like splinters – thousands of them – piercing into a bloody pulp of a back, as he struggles up and down simply for air.

What does “I love you” taste like? It tastes like the dull metallic of blood, its presence asserting itself more and more forcefully as it drips down his fingers, his feet, his forehead, until it simply overwhelms reality.

Our world is desperately starving for love. The natural man cranes his ears every which way, just to catch an echo of those words, “I love you.” He pours into his hobbies, his relationships, his lusts, himself, hoping to hear it. Yet none answer.

But we have the answer.

We’ve heard the greatest “I love you.”

While the world fools about with their mud pies, we have this holiday to the beach, ready and available to any. In this place thirsty for love, we have the Living Water. We have a greater Way, a greater Story, and a Great Commission. So we must go; there is no uncertainty, no ambiguity, no hesitation. Man has asked for someone to say “I love you.” I AM already has. Now He asks us to proclaim it.

Now, that doesn’t look the same for everyone. God has gifted us each with unique talents and callings. And it’s not easy. There are always doubts and misgivings and worldviews and powers to war against. But He’s given us all that we need. At Summit, we talk about having a double helix of Truth and Relationship, the DNA of all that we do. Have the information, have the facts, have the truth — and proclaim it in a way that also proclaims “I love you.” But no matter what, just go.

Have courage. Have boldness. Have love. Because your victory is already won, and that Love was directed towards you, too.

At Summit, I think some of the best expressions of “I love you” are found in a listening ear, and a busy broom. But the greatest expression? A bloody cross, and an empty tomb.

Summit Ministries is a two-week Christian Worldview Camp that runs throughout the summer, where top Christian leaders and thinkers help young people age 16-25 examine current and timeless topics of life and culture from a Biblical perspective. While this article dealt more with my experiences staffing, I went as a student twice and was challenged, convicted, and grew in my faith (and fell completely in love with it, hence the staffing). I would say much more, that would turn into another article twice as long, so if you would like to learn more about Summit, you can here, or message me, and I’d love to go on a 30 min. rant — ahem, chat about it!