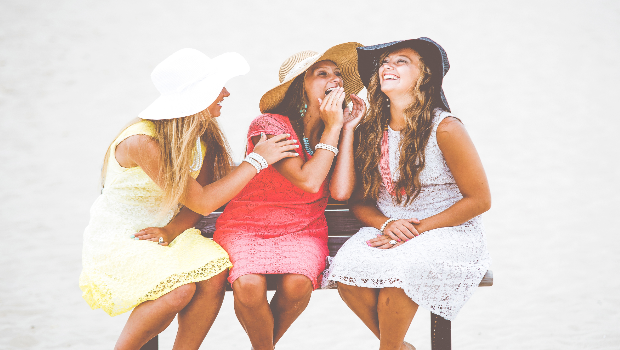 In this life, there are many times that we’ll face something poisonous (yet popular) among people – even Christians. It’s called slander … or, in easier terms, gossip.

Overhearing something that someone said and then spreading it. Or disliking a person so much you hope to bring them down by making them look bad in the eyes of other people. Maybe wanting to make yourself look good so that more people like you. Sound familiar?

Who’s done this? Can I get a show of hands?

The truth is, we all are. And do we ever think about it? The answer is almost always “no.” We don’t understand the consequences – what will happen or how it will tear us apart?– until it’s too late.

Here are five consequences of gossip.

1. Gossip makes us believe in lies.

In the dictionary, gossip is defined as “spreading rumors that most often aren’t true.” That statement alone is saying something huge – and concerning. Most often we start to say something small, real, and kind, but then it gets bigger and bigger and we embellish it more and more until it becomes a lie in and of itself. And the worst part? We don’t even notice when all the truth evaporates.

We believe our own lie.

I’ve have seen this hands-on. But why does it happen? Because of a thing called “ego.” When people start talking badly about someone else, it tears down their self-esteem and then causes hatred and malice, breaking apart friendship bit by bit. Friends are supposed to be loving, kind and supportive. Gossip does none of the three. If you are guilty of this, I want you to ask yourself: Does that mean you are a true friend?

In our world (and in our hearts), we have this little word called “revenge.” We talk badly about a person that hurt us just to build ourselves back up. And then, get this, we re-frame revenge as reconciliation (or harmonization). And so most of the time it’s seen as acceptable. But tell me, how can it be acceptable when the Bible clearly orders to ‘turn the other cheek’? It’s a vicious culture-created cycle. It’s not acceptable, but since our culture says it’s okay, we do it. And because we do it, culture says it’s okay, and it just keeps going on and on and on without end.

Gossip is not only speaking badly about someone your age. It’s remarking on your teacher’s ugly shoes or telling your brother that your parents are stupid. Both of these things are deeply disrespectful, but we all do them. And do we see them as okay? Most often, yes. We do.

Because we don’t call it gossip, we call it discernment. Throughout your life, if you keep bad-mouthing your parents, your siblings, or your teacher, it’s going to get you in a lot of trouble. Sure, it starts out small – like snickering behind her back about her shoes – but then it goes further. B each time you gossip about someone, you tear down their self-esteem gradually until they have none left and you think you’re better than them.

What if you didn’t treat gossip as a “little” sin but instead treated it as seriously as murder or stealing? Gossip murders a person’s happiness. It is the thief of joy, and it disregards everything that God stands for.

In Matthew 12:36, Jesus says that “on the day of judgment people will give account for every careless word they speak.”

Think about this next time you gossip. God hears every word you say, and you want every word to please Him. So the next time you open your mouth to speak, praise Him by saying good things. And then, I promise you, your life will change.

is surrounded by three sisters, one brother, and a fat cat who thinks she is waitstaff. She loves reading, writing and anything that has to do with imagination and enjoys National Parks, as they have a great 'scope for the imagination.' Ever since a young age, she has wanted to be an author, and hopes to publish her historical book by the end of her highschool 'career.'