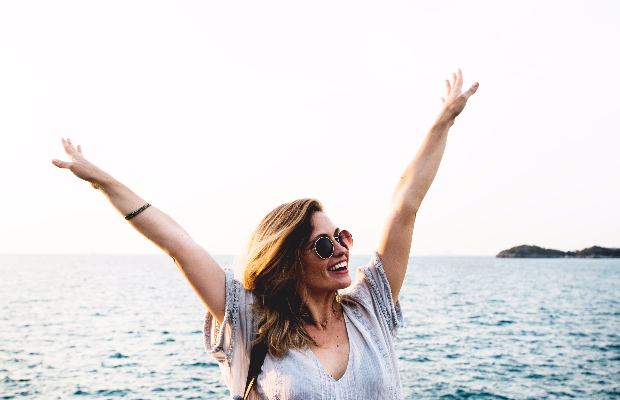 In the Scriptures are written that we all are born in spiritual deadness and that we will all eventually pass away physically. All of us were born dead in our trespasses and sins, and from birth until our conversion, we walk under the influence of Satan. But at our conversion, when we hear the Gospel proclaimed and are the objects of the accompanying work of the Holy Spirit, we are made alive.

How beautiful is the work of the Holy Spirit when He melts our hard hearts, unplugs our deaf ears, removes the cataracts from our eyes, and breaks our stubborn and rebellious will!

David had such a high view of the Word of God as the Holy Spirit had enlivened it, calling it perfect, sure, right, and pure; partaking of it revives the soul, makes the simple wise, allows the heart to rejoice, and enlightens the eyes. From it, we receive the news that the fear of the Lord, the beginning of wisdom, is clean, enduring forever, and that the rules of the Lord are true and righteous altogether. Consequently, the words of the Scriptures are “More to be desired are they than gold, even much fine gold; sweeter also than honey and drippings of the honeycomb” (Psalm 19:10).

One day, Jesus approached a woman, who had searched and searched for meaning and purpose in her carnal lifestyle and was never satisfied time and time again. He asked her to draw some water from the well and give Him a drink. Perplexed, she asked, “How is it that you, a Jew, ask for a drink from me, a woman of Samaria?” Jesus answered her inquiry, “If you knew the gift of God, and who it is that is saying to you, ‘Give me a drink,’ you would have asked him, and he would have given you living water… Everyone who drinks of this water will be thirsty again, but whoever drinks of the water that I will give him will never be thirsty again. The water that I will give him will become in him a spring of water welling up to eternal life.” Later, Jesus told His disciples,

“If anyone thirsts, let him come to me and drink. Whoever believes in me, as the Scripture has said, ‘Out of his heart will flow rivers of living water’” (John 7:37-38).

But, the Spirit would not be given in a new capacity until the glorification of Jesus.

The place where Moses first struck a rock with his rod, so that the Israelites would not die from thirst in the wilderness, was named Massah and Meribah due to the Israelites quarreling among themselves and putting God to the test by asking, “Is the Lord among us or not?” despite their recent liberation from slavery in Egypt. You see, Jesus was named Immanuel, “God with us,” because He was the Word made flesh and the image of the invisible, who came to dwell among us. He lived the perfect life we could never live due to our sinful nature and He died an agonizing death on the Cross as He was struck with the rod of holy and just wrath, in order that “rivers of living water” could flow in the sending out of the Holy Spirit in a new capacity. Paul even names Jesus the smitten Rock (1 Corinthians 10:3-4).

In addition to this, Ezekiel had a vision of the new temple where “the glory of the Lord entered the temple,” and he was lifted up by the Spirit to behold the glory of the Lord which had filled that temple (Ezekiel 43:1-5), from which rivers would flow (Ezekiel 47:1-12). Previously in chapter 36, the Lord promises several things:

The vision of the new temple pointed to Jesus, the temple, to which glory would return (John 1:14). After three days in the grave, Jesus rose in glory with a glorified body, “as the true tabernacle-temple in whom God’s glory is restored” (Sinclair Ferguson). From Him, the Holy Spirit dwelled within the disciples in the symbolism of His breath (John 20:22). He is the Smitten Rock and the New Temple.

One day Mary and Martha sent for Jesus, pleading for Him to come heal their brother, Lazarus, who had fallen ill. But Christ reassured them, “This illness does not lead to death. It is for the glory of God, so that the Son of God may be glorified through it” (John 11:4). Because Christ wanted them to behold an awe-inspiring demonstration of His power over death and consequently see “His glory, glory as of the only Son from the Father” (1:14). He paused and waited in order that Lazarus could die in order that he might be woken up from His slumber by the word of His mouth accompanied by the work of the Spirit.

After His arrival to Bethany, Jesus was led to Lazarus’s tomb, and He asked them to remove the stone to behold the lifeless corpse of His friend Lazarus. He thanked His Father earnestly: “Father, I thank you that you have heard me. I knew that you always hear me, but I said this on account of the people standing around, that they may believe that you sent me” (John 11:41). At the consummation of this suspenseful moment that seemed to lag on into eternity, Jesus cried out with the same declarative and powerful voice that had created the entire cosmos, “Lazarus, come out” (11:43). Lazarus indeed came out of the tomb very much alive, and many who had seen the miracle believed in Christ (John 11:44-46). But, others who had seen the miracle went to the Pharisees, telling them about it, which resulted in a plot being made to arrest Jesus and to kill Him (11:47-57).

Christ is the Resurrection and the Life, but in order for us to be made right with His Heavenly Father, He had to take on immense poverty.

He was delivered for our trespasses, but by His resurrection, we were justified as He was innocent.

One day we will be raised in glorified bodies and will be together in harmonious assembly in God’s presence, free to worship Him unhindered by sin and its consequences of sadness and pain! What a glorious day that will be indeed when we will be able to sup with our beloved Groom and with our brothers and sisters in Christ for all of eternity. All of us need this reminder that we as Christians are living in light of eternity not in light of our past, present, or future on earth.

All of us need this reminder that we as Christians are living in light of eternity.

We have an inheritance waiting for us in Heaven that is “imperishable, undefiled, and unfading” (1 Peter 1:4). All of us still have a degree of dead and numb unbelief, and by prayer, daily intake of the Word, and reminding ourselves of the promises of God, we will grow more and more in belief by the work of the Holy Spirit. All of us have friends who are non-believers, and we need to pray to our Heavenly Father for them and be a witness with our lives to them, sowing seeds in their life of the Gospel with the hope that one day those seeds will sprout.

As our Christian loved ones pass away and as our death approaches, we have nothing to fear as death is the gateway into everlasting joy and peace, as we dwell in the presence of God and behold His glory. There is a reason why Jesus said, “Blessed are those who mourn, for they shall be comforted” (Matthew 5:4), and that reason is the Holy Spirit’s witness to us and the presence of our brothers and sisters in Christ with the anticipation of the coming resurrection. Even our Savior was moved with intense sorrow at the passing of His beloved friend, Lazarus, and the passionate grieving of His friends. But, this sorrow was accompanied with fierce anger at the atrocity of death, which would be one day decimated from existence, and with the unfathomable sensation of awe at the power of God that would surge through Him to triumph ultimately over death. Christ, in His holy humanity, saw humans with flawless transparency and experienced unsurpassable heights and depths of emotion unknown by sinful humanity, whose senses are numbed in comparison.

We have every reason to rejoice because of this.

Thank goodness we have a Heavenly Father who cares for us (1 Peter 5:7) enough to send His only beloved Son, the Resurrection and the Life, to be our substitute in perfect obedience and sacrifice! Through Jesus’ work, we can born again in new live to faith in Him and fellowship with God because of the gift of conviction “concerning sin, righteousness, and judgement” received from the Holy Spirit and faith from the Father that Christ was the Messiah, the Righteous One, and the Intercessor of His people before the Father (John 16:8). Through Christ’s work, one day we will be resurrected with glorified bodies. We have every reason to rejoice because of this.

is a senior in high school. He plans to attend Samford University next fall to pursue a degree in exercise science to prepare him for a graduate program to become a physical therapist. You can read more of his work on Unlocking the Bible and Top Christian Books.