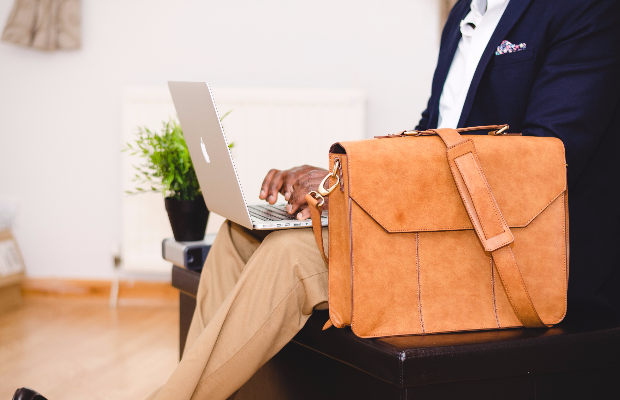 Editor’s note: The Screwtape Letters is the title of a book by C.S. Lewis in which an older demon gives advice to a younger tempter through a series of letters. Needless to say, the advice given is exactly what we should guard against as Christians. This article is written in the style of a Screwtape letter, addressing the subject of teenagers. “The Enemy” refers to God, and “Our Father Below” is Satan.

It has come to my attention that the youth have been much ignored in these letters in which we have engaged. As you know, young people are like young trees, which can be bent and stay bent in nearly any direction. Therefore, these several suggestions have been penned that they may avoid The Enemy for these present years.

Plant these several thoughts in their minds diligently–it is to our advantage that these thoughts shape their minds and cause them to turn from Our Mutual Enemy altogether.

1. Remember to remind them that they only live once–giving much reason for them to do what they please in their short time alive. Thankfully they often believe that they ought to do whatever suits them–encourage this by all means and at all cost! You must bring them to think that the highest, most noble aim is the pursuit of their own pleasure. If you succeed, they may see Our Father Below himself in a short matter of time.

2. These young creatures are inclined to believe that their feelings are their best guide. Encourage this–for the more they follow their hearts, the more, as you well know, they will find themselves following us.

3. Avoid expressions of “grace” and “mercy,” but rather keep their focus on themselves and not The Enemy. The phrase, “God helps those who help themselves,” is a useful tool here. Don’t have them see Christianity as God’s grace through the cross to save hopeless sinners. Instead, show them a Christianity of a distant God whose primary purpose is to be their non-judgemental cheerleader or arbitrary rule-giver.

4. Many young people believe that The Enemy has too many rules by which He robs them of true happiness. This is one of the simplest strategies we have found against this particular group of humans. They are young, strong, free. We must use this to our greatest advantage. This is one of the strongest arguments to keep these teenagers away from The Enemy and on our path. Encourage them to disregard The Enemy and His ruthless rules. Rather tell them that true happiness comes in freedom from His rules. This alone is usually enough to win them over.

5. Every time the teenager is inclined to do something for which they presume they will be caught, make them believe that no one will find out and that even if they are found out, they will be happy, and that that is all that matters. Tell them that they’re too sly for those old people anyway. Encourage them, always encourage them, to do whatever it takes to be happy as they define it, and not as our Enemy defines it.

6. Remember to glamorize rebellion against all our Enemy has decided. Encourage them to be a rebel, not to obey their foolish authorities or the church, and especially not The Enemy himself. Living in their own way is a wonderful path to us. This path is straighter than measuring tape–and perfectly in line with these teenagers’ wishes.

7. Be sure to remind them that life is meaningless. There is no God who orchestrates things for his “glory”! Though we know that Our Enemy calls Himself God, and He certainly does have such power, we must affect their young minds so that they think that His existence is mere folly. Always bring to mind the meaninglessness of life–that you live and die, and there is no heaven or hell, just a brief shadow between Birth and Death.

8. In their current culture, largely to the credit of Our Father Below’s multigenerational work, to take the virgin birth, the resurrection, the sufficiency of Scripture, and God’s power as literal is considered stupidity. This greatly excites me! Reinforce that believing anything literally equals religious extremism. Remind them that because they are rational and intelligent, they would never dream of taking these things literally.

Above all, remember that teenagers are young. They are at the perfect age to mold and shape for a lifetime. If you wish to secure some young people, now is the time when they are most easily molded. Has not Our Enemy Himself said, “Train up a child in the way he should go, and when he is old he will not depart from it.”? Have them follow their heart, seek after their own pleasure, rebel against their parents and authorities, and think rationally like us–believing that they only live once, that life has no purpose, and that foolish Christian doctrine isn’t meant to be taken literally.

Get them now and you will keep them forever.

Be sober-minded; be watchful. Your adversary the devil prowls around like a roaring lion, seeking someone to devour. Resist him, firm in your faith, knowing that the same kinds of suffering are being experienced by your brotherhood throughout the world. And after you have suffered a little while, the God of all grace, who has called you to his eternal glory in Christ, will himself restore, confirm, strengthen, and establish you. To him be the dominion forever and ever. Amen. (1 Peter 5:8-11)

is a teen, writer, musician, entrepreneur, and above all, Christian from Wheaton, IL. He loves playing guitar and piano, biking, and spending time outside with his friends (when it’s less than 74 degrees). If you’re interested in supporting his writing and would like to read more articles like this, please join his free newsletter here.