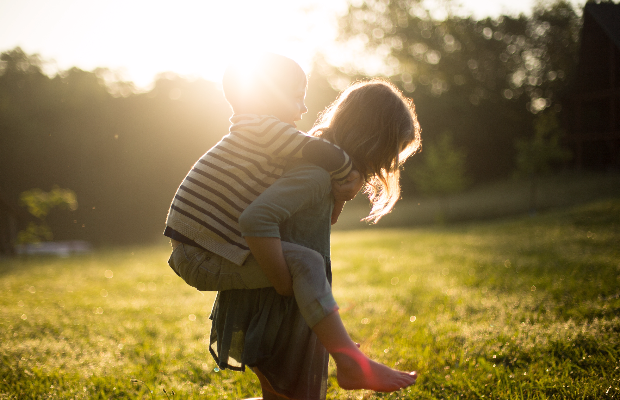 Do you know the land most people avoid, the realm that many fear? We whisper its name with hushed breath, we build tall walls around our homes to keep it away.

The Unknown. That strange land, of which we’ve heard rumors of great mountains and valleys, bustling cities and quiet streams, but such mist lies over it that we doubt their existence.

Because we fear change. We fear difference. We fear the unknown. Because we can’t see precisely where our road may lead us. We can’t hold our fates in our hands. We feel helpless, out of our own control— and we hate it.

How little we realize we hold no power even here.

But every now and then, either stepping willingly or shoved, we enter this realm.

And when we do, glorious adventures can unfold.

I’ve written before on my family’s adoption story. But what amazes me is how normal it now looks. Before, I was worried about how I would manage my time with a little one and how on earth we could even handle another pair of feet running about and paperwork and goodness gracious China is far away and what if he’s too different and what if I’m too old to connect and what if — never stopping to consider that what if none of those would matter?

Because here I sit, in the dawn of unknown. I now see what it all looks like. I type at my computer, hearing the singing OOOOOOOH’S of a three year old pretending he’s a whale. In a moment I’ll go help make lunch, cutting off the crusts of his sandwich without a second thought. I’ll receive a goodnight kiss as he heads off to nap and I head off to work. I’ll come back to a black-haired head bobbing up at the window, grinning delightedly and exclaiming, “Bell-wup!” (He speaks so well, yet my name still keeps its babyish suffix).

I’ll swing him up on my hip, though with his growing weight and height that won’t last long, and listen to his stories, already full of adventure. All of it seems so normal, so natural, as if this is the way it has always been.

Those terrifying struggles? Where are they now? Those great fears? They’ve faded away. What felt like it would be a giant leap, a giant sacrifice — is now precisely how things are always supposed to be.

And that is a testimony to His faithfulness, to the reality of His truth. So often we want to tell God, “No, I can’t do this, it’s scary, not me!” But He tells us, “No, this is what you were made for.” He never tells us to go somewhere He hasn’t gone already.

He goes before us, He is ever with us, and His way is always best.

The unknown seems terrifying. But, you see, once you step into it — it’s no longer the unknown. Once you climb it, the unsurmountable mountain is no longer that.

And that’s where our story is at right now. I can’t imagine life without Xan-man, and I can hardly remember how we lived without him. He’s ours, through and through. His laughter, his stubbornness, his cuteness, his story-telling— yes, he’s certainly an Ingalls. (Not that I’m at all biased).

We’re dancing in the dawn of the unknown, because it’s His light that illuminates it. He promised “I’ll never leave or forsake you.” And we know with certainty that His way is the best way. He’s proven it again and again.

So now the unknown has become the familiar. The mist has faded away. All is normal once again. But that’s no reason to get comfortable. He hasn’t called us to live complacent lives in the familiar. So perhaps, it’s time to move further up and further in along this path again. Don’t let fear hold you back. Don’t let uncertainty of the future. He hasn’t called you to sit in a comfortable, easy life in the midst of the comfortable, easy familiarity.

We’re stepping into the Unknown again, yes. But we’re following Him who already knows it.

Will you do the same?