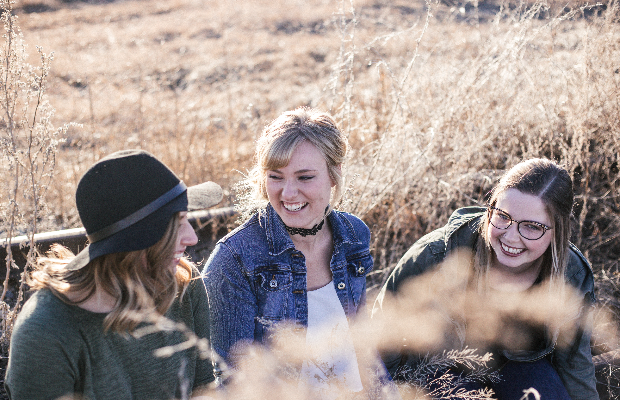 Friends are one of the biggest influencers in our lives. They can be encouraging, uplifting, and supportive. On the flip side, they can also pressure us, make us feel uncomfortable, and even lead us to do wrong or illegal things.

For us as Christians, it’s tremendously important that we surround ourselves with positive friends and influencers– people who won’t lead us away from God’s teachings. But what should we do about our friends who don’t believe in God?

I have several friends who aren’t Christians, and sometimes I feel different around them. They’ve never pushed me toward wrong behaviors, but I feel that my beliefs are harder to focus on and maintain around people who don’t believe the same things I do.

This led me to ask the question:

Should we have friends who aren’t Christians?

Their Influence on Us

One of the biggest dangers of having friends who aren’t Christians is that they could influence us in a negative way. Many people who don’t believe in God are still kind and loving. The non-Christian friends I have are kind, supportive, and fun to be around. But because they don’t have the same beliefs as us, they might encourage or pressure us to do something we otherwise would never do.

James 1:14-15 states, “But each person is tempted when he is lured and enticed by his own desire. Then desire when it has conceived gives birth to sin, and sin when it is fully grown brings forth death.”

With all the temptations in our world, it’s so important that we resist and don’t give into sin. And while we have control over certain temptations in our lives, we must take the responsibility to be aware and not place ourselves in a situation with overwhelming temptations.

Just like our brothers and sisters in Christ influence us, so do our friends who aren’t Christians. We want to make sure that their influence doesn’t cause us to stray away from God.

Our Influence on Them

The great thing about being around non-believers is that we can influence them in a positive way. We can shine the light of God into their lives and show them a living example of His love. We wouldn’t be able to do this if we weren’t friends with them.

In Matthew 28:19 God commands us to, “Go therefore and make disciples of all nations, baptizing them in the name of the Father and of the Son and of the Holy Spirit.”

God calls us to testify to others and tell them about His love. This doesn’t mean that we should pressure them or scorn them for not believing. Instead, we should offer them support and love, maintaining a positive attitude and having hope for life because of Jesus’s love. They will notice this difference in our lives, and we can help lead them to God and His gift of salvation.

1 Peter 2:9 says, “But you are a chosen race, a royal priesthood, a holy nation, a people for his possession, that you may proclaim the excellencies of him who called you out of darkness into the marvelous light.”

As Christians, we are called to be different than the rest. We are separated from the darkness of the world, and we must guard ourselves against their influences. Even when pressured to conform, we must stay true to God’s teachings. We need not be tense or afraid while in the presence of non-believers, but we should be aware and remind ourselves of God’s purpose for our lives.

By keeping God present in every area of our lives, questioning whether or not our actions honor Him, and staying aware of peer pressure, we can protect ourselves without being afraid of faltering in our faith.

God calls us to spread His light and love into the lives of others. We might be scorned or encouraged to stray away from our faith, but with God’s strength, we can stand up to the negative influences around us and keep our faith strong.

Being friends with a non-believer isn’t a bad thing. It’s not something we should be afraid of, and we shouldn’t refuse to be friends with a non-believer. Most importantly, we shouldn’t let the fear of the negative influence of others keep us from testifying about God. Instead, we should focus on being a good friend and a positive influence on others, with the end goal of leading those around us to Christ.

is an extroverted teen with an avid love of words. Her first story was written on blank sheets of paper, complete with stick-figure illustrations. She now writes full-length novels, blog posts and articles, and mentors other young writers. Other than writing, Charis enjoys performing arts, graphic design, photography, and reading. She blogs about books and writing craft at charisrae.com.