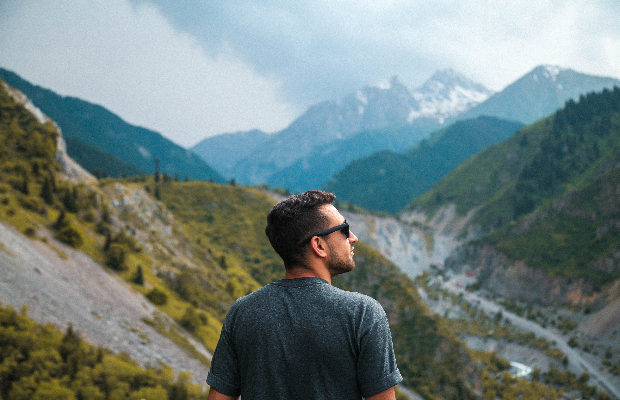 Truth be told, I had little, if any, love for the world in 2017. I was angry for much of the year. Angry at the unending political divisiveness. At the deadly protests in Charlottesville, Virginia. At the number of men who were called out for inappropriate sexual behavior – men I once liked. At the sickening shootings in Sutherland Springs, Texas; and Las Vegas, Nevada. In spite of this righteous anger, I still loved the world in the context of John’s sobering words. I lusted with my flesh and lusted with my eyes. I was prideful many times.

Who else is willing to own this admission? Who else is willing to acknowledge that resisting the world in the twenty-first century is a daunting endeavor. It’s an exhausting spiritual tension that’s awakened daily. Let’s look at the “everything in the world” John highlights in greater detail, beginning first with lust.

The Lust of the Flesh

It should be noted from the outset that 1 John 2:15-16 hearkens back to the tempter in Eden. After being instructed not to eat of the Tree of Knowledge of Good and Evil, the serpent twisted God’s words given to the first humans. He told Eve she would not die, and thus she found the fruit 1) “was good for food,” 2) “pleasing to the eye,” and 3) “desirable for gaining wisdom” (Genesis 3:6).

Notice the connection between Genesis and John? The fruit, good for food, was driven by the lust of the flesh. In taking the serpent at his word, that they would not die but be like God, knowing good and evil, Adam and Eve lusted for more than what God had already graciously provided. They sinned against him and became aware of evil for the first time.

Since the days of Adam and Eve, we too are creatures propelled by the cravings of the flesh. We lust after the opposite sex and the newest tech and the bigger house and the nicer car. Paul struggled with this too. In his letter to the church in Rome, he writes, “For I know that nothing good lives in me, that is, in my flesh. For the desire to do what is good is with me, but there is no ability to do it” (7:18).

The Lust of the Eyes

Adam and Eve further found the fruit pleasing to the eyes. The fruit captivated their cornea and they lusted with their eyes for what it offered. In the gospel of Matthew, the writer unpacks the three temptations that Jesus faced with the tempter in the wilderness after being baptized. One of these temptations was concerned with the lust of the eyes. Matthew writes, “The devil took him to a very high mountain and showed him all the kingdoms of the world and their splendor” (4:8).

The tempter wanted Jesus to covet earthly power, so he revealed mighty, magnificent kingdoms for him to rule. Therefore, if we believe that Jesus was tempted in all the ways that we are – which includes lust of the eyes – the enemy’s schemes can be thwarted. Jesus said with authority, “Go away, Satan! For it is written, ‘Worship the Lord your God, and serve only him’” (v. 10). James affirms this, writing, “Submit to God. Resist the devil, and he will flee from you” (4:7).

The Pride of Life

Finally, Adam and Eve found the fruit desirable for gaining wisdom. Wisdom is a very good thing. The ancient king Solomon wrote the book of Proverbs, a magnificent treatise on the importance of sound wisdom. “Wisdom is supreme – so get wisdom. And whatever else you get, get understanding,” he says (4:7).

The first humans didn’t realize that the type of wisdom they sought, that is, knowing good and evil like God, would be their undoing. Pride drove this choice, and as the tempter plainly told them before their disobedience came to fruition, their eyes would be opened. Tragically, this newfound awareness of the world was horrible. “Pride comes before destruction, and an arrogant spirit before a fall,” Solomon writes (16:18). Their pride led to their banishment from Eden.

Poet Robert Frost said, “Eden sank to grief.” You might say that Eden is still in a state of grief because of sin. We are easily taken in by the love of the world and its shimmer. John says that if anyone loves the world, love for the father is not in them. How is this so?

As a Christ follower, I know in my heart that I love God for who he is and what he’s done in my life. So how can I not have a love for him? I suspect that John is alluding to competing loves.

The minister Matthew Henry writes, “The heart of man is narrow, and cannot contain both loves. The world draws down the heart from God; and so the more the love of the world prevails the more the love of God dwindles and decays.” The remedy for these competing loves is confession and repentance. “The lust or appetite to these things must be mortified and subdued,” he adds.

As difficult as it may be, do not love the world in 2018. We are too easily taken in by stuff, but it will all pass away one day. After his command to push back against the lust of the flesh, the lust of the eyes, and the pride of life, John writes in verse 17, “The world and its desires pass away, but whoever does the will of God lives forever.”

What is the will of God, you ask? Dr. John Piper tells us: The chief end of man is to glorify God by enjoying Him forever.

Do not love the world. Love God. Love others.