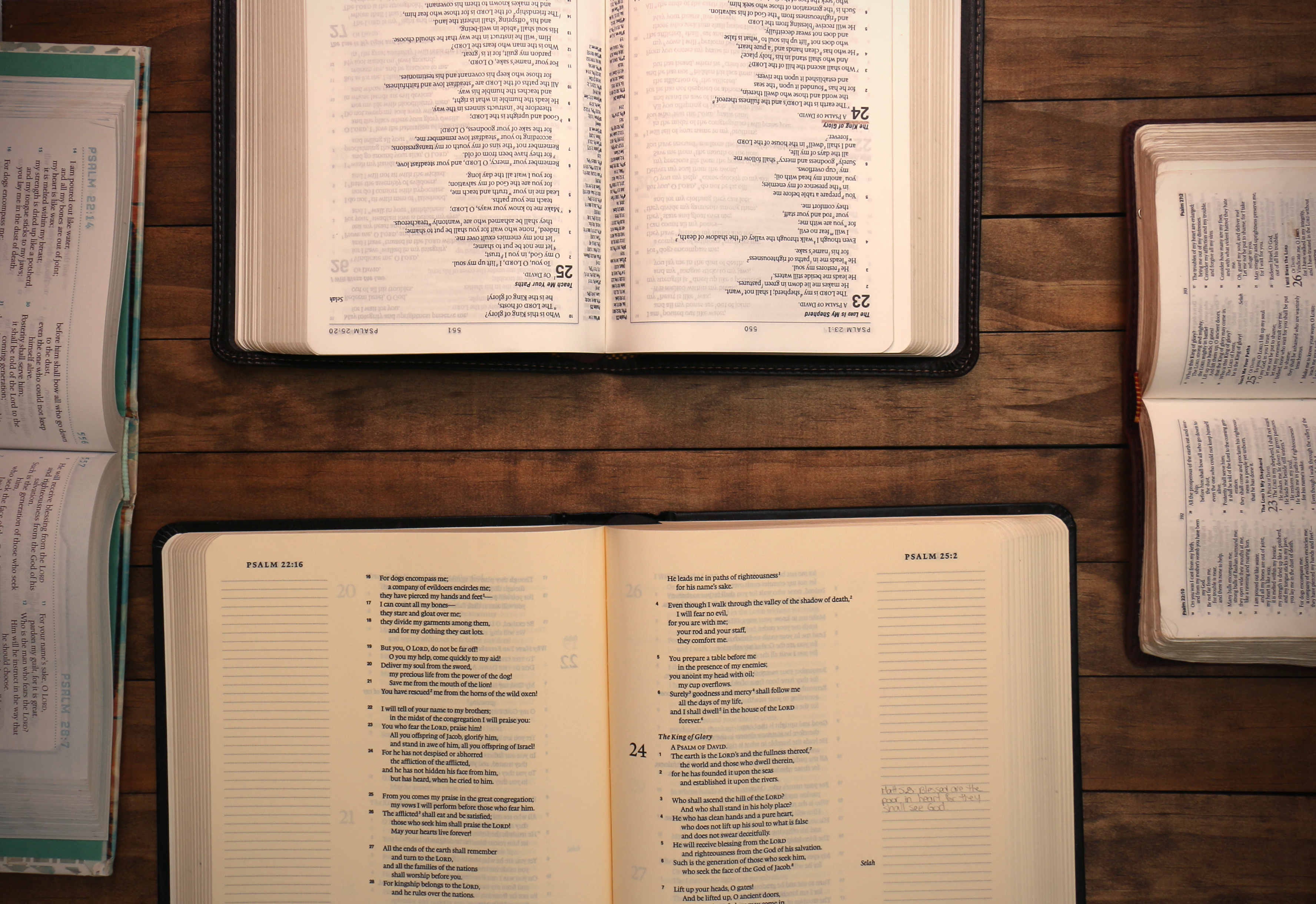 My Dad has been a preacher my entire life, which means I’ve been in and out of all kinds of churches. From strict, conservative acapella-singing-only kind of churches to talking-to-the-preacher-during-the-sermon and dancing-with-flags kind of churches.

I remember visiting a pentecostal church when I was nine and trying to figure out why the other boy I had met was saying he had already been baptized two times and “almost had the spirit.”

Don’t you only get baptized once? I wondered to myself.

That was one of the first times this conservative Mennonite kid encountered Charismatic theology.

Several years later, we visited a church that was in the middle of an eight-part series on Romans 9. I didn’t understand much of the sermon, but had caught enough to be surprised to learn God had created some people only for hell.

That was the first time I had ever encountered Reformed theology and the mystery that is Romans 9.

I realize I’m under-representing either theological system here, but I think you see my point.

There are so many different theological frameworks and systems in the world–and the field is only getting more diverse as we grow older.

Nowadays, if you do any sort of mingling with Christians outside your own church system, you’ll run into a seemingly endless repertoire of interpretations on salvation, the Holy Spirit, hell, the Bible, or even political involvement.

It seems like everyone has something new or controversial to say on Facebook or their blogs or their weekend barbecues.

But it’s not just laymen Christians who disagree. Even Christian scholars and Christ-exalting theologians disagree about various aspects of Christianity.

How do you navigate all this theological variety as a young person?

Does every Christian need to dedicate their lives to learning the contextual nuances of each greek word the New Testament writers used?

It’s important to ask questions and to wrestle through them. I hope we are continually engaging our doubts with our parents, mentors, pastors, and friends.

Because the reality is our generation can’t escape these hard questions regarding our faith. We have to know how to wrestle with them and how to interact with Christians who disagree with our conclusions.

In order to navigate the vast theological spectrum of the twenty-first century, we first need to understand a few basic facts.

1. Some theology is just plain wrong

The reality that some people are wrong is hard for our generation to swallow. We highly value individuality and feel like it’s rude and arrogant to say someone is wrong.

So how does this relate to theology where things seem a bit more ambiguous than simple math?

But one thing is certain: He didn’t mean all three. There’s only one right answer and the others are wrong.

When it comes to God and the Bible, we can’t settle for finding “our own truth.” We have to continually seek out the Truth.

2. Your theology could be wrong

There’s a terrible idea out there that if you truly believe something and have a conviction for it, you’ll never change it.

But what if you’re wrong?

I don’t believe it’s arrogant to say you think you’re theological convictions are right. Why else would you believe them?

What’s arrogant is to think you could never be proven wrong. As long as we’re humans trying to make sense of the divine, there’s a good chance we’re wrong about some things.

Hold Jesus tight and your convictions with an open hand.

3. Some issues are more important than others

It’s true: what some people believe about God and Christianity are just plain wrong. But then there are other issues that aren’t spelled out very clearly and though the original author meant something, there’s legitimate disagreement about what that actually is.

This is where it’s important to realize there are some issues in the Bible that are more important than others.

We call this Primary and Secondary Theology.

An example of primary theology would be that Jesus Christ is the only way to salvation.

Jesus is non-negotiable in orthodox Christianity. If Jesus isn’t the sole mediator between God and man, your understanding of the Gospel changes fundamentally.

But how Jesus draws people into Salvation is less important. Are you predestined to accept Christ? Does God give you a choice in salvation to reject him?

I believe there is a right and a wrong answer to those questions and we could have a rigorous discussion about it. However, at the end of the day, neither answer fundamentally changes the Gospel or how Christians ought to live.

4. There are foundational truths everyone in orthodox Christianity can agree on

The word orthodoxy simply means “a belief or a way of thinking that is accepted as true or correct” (Merriam-Webster).

There are some beliefs so core to a true understanding of God and the Gospel, anyone from the fivest-pointed Calvinist to the most fervent Arminian, from the oldest old earther to the youngest six day creationist can all agree as true about our faith.

Jesus Christ is the only way to Salvation. That’s pretty basic Christianity.

Or we are saved by grace through faith–not by works. As well as, Jesus was born of a virgin and he rose from the dead after being crucified for our sins though Jesus himself was sinless.

People may quibble on the exact wording, but these are examples of essential doctrine every Christian can gather around. These truths are considered “primary” because without them, you have an entirely different Gospel.

5. Following Jesus is an act of faith

As important as seeking truth and knowing what we believe is, following Jesus has never been about getting every piece of doctrine correct.

It’s a relationship that requires time, communication, examination, and most of all, trust.

As we try to figure out what we believe, don’t forget that at the core is not a “what” but a “Who.” His name is Jesus and he’s proven over and over again, he is faithful to those who seek him.

So trust him and seek on.

P.S. This article is born directly out of my own journey and struggle of trying to figure out what I believe about God and why I don’t always agree with some very well-informed Christians. I’d be interested to know if you’ve had similar struggles in your faith and how you’ve processed it?