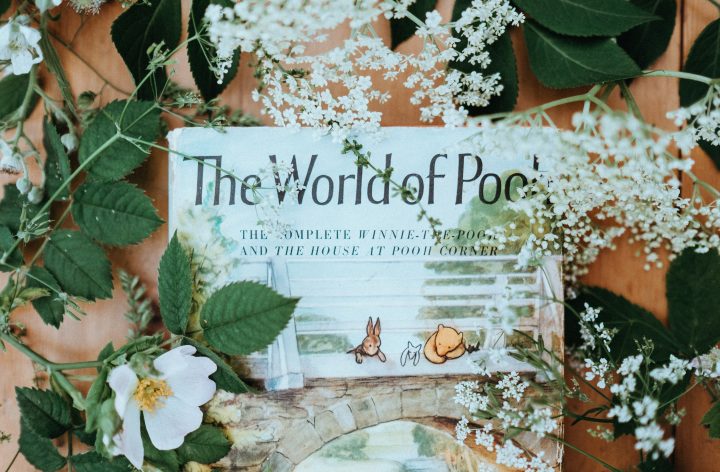 When you have a four-year old brother, your entertainment options become quite narrow–and very repeated.

The chosen show changes every few months, and some picks endure the repeated use better than others. The old Disney classics lie on one end of that spectrum, while most bright, loud, obnoxious toddler shows are banished to the absolute other.

Fortunately for me, the current chosen show is Winnie-the-Pooh. I’ve heard Pooh-bear sing, “Up, down, touch the ground,” several hundred times, and watched “T-i-double-g-ur” surprise him just as many. But those aren’t the only things I’ve noticed.

For there are many friends deep in the Hundred Acre Wood: Rabbit, Owl, Piglet, Tigger, Eeyore, and others. But frankly, they’re not very good friends.

Rabbit bosses everyone, always wanting to be in charge. Owl is rather pretentious, always wanting to be the center of conversation, telling long-winded anecdotes about his great uncle who did such and such, talking in even longer-winding sentences. Piglet is frightened by everything. Tigger can be obnoxious and grating with his exuberance. Eeyore is rather a downer, always assuming the worst will happen. None of them would be our first pick for “good friends.”

And it’s not hard for us to find their real-life counterparts. We hang out with a lot of people, and we very often see their human side. They can be bossy. They’re long-winded. They sometimes rain on our parade. And often we wish we didn’t have to deal with them. Sometimes we’re even encouraged not to. “Drop negative influences.” “You don’t need draining people in your life.” These and other such quotes pop up on our Facebook and Instagram feed all the times. And while they may have truth in correct context, we can easily read them as an excuse, a “Get-Out-Of-Jail-Free card” in regards to relationships. We don’t need these people. We can be strong and independent, if we just leave these friends. Just avoid hard people.

But the problem is, we can’t. We work with them. They sit next to us in school. We go to church with them. We live, sleep, and eat with them; we see them when we look in the mirror. Sure, maybe we’ll be strong and independent when we cut out all hard people.

But we’ll also be alone.

Yet though the inhabitants of the Hundred Acre Wood might not always be good friends, they are good friends still. As much as they annoy one another, as much as they bother one another, they still love each other. They still care for one another. They come together to build a house for Eeyore. They all make plans (as fantastical as they may be) to help Pooh get honey. Granted, Rabbit may get so annoyed by Tigger’s continual bouncing that he insists he must stop, but once he sees how sad Tigger becomes, he relents and admits he does like the bouncing Tigger best. They might not always get along, they might not even really like each other now and then, but they still care for each other. They still stay.

And that’s the kind of good friends we should be. We live in the trashcan and Facebook culture: disposable everything and clickable friendship. If something doesn’t work perfectly for us, we throw it away, and if a person doesn’t align perfectly with us, we hit unfriend. Relationships have become cheap, a weak and paltry thing. If someone annoys us, slights us, or even just tells us too long of a story, we’re out. We don’t want to deal with it. Is it any wonder we’re always living in fear we won’t be good enough for everyone else?

We’ve limited our friendships to people who look like us, think like us, vote like us, work like us, and most importantly, please us. But those friendships are thin. And the body of Christ is called to be so much more than one-dimensional.

Solid, true relationships take time, and time means you’ll see the human sides of people. Solid, true friendships requires stick-to-it-ness, for there’s no other way to make it through the hard times. Solid, true love means grace, for we have been given grace over and abundantly.

We all have our faults. We’re not always good friends. Yet we are still loved; by our families, by our friends, and by our Creator who knows best our failings and yet will never leave.

We’re not always good friends. Yet we are still loved; by our families, by our friends, and by our Creator who knows best our failings and yet will never leave. Click To Tweet

So show that kind of love today. Be that kind of friend today. The friend that loves, that is content to do the very important thing of Nothing, that believes mud and a blue balloon can turn a bear into a rain cloud, and that loves our friends through it all.