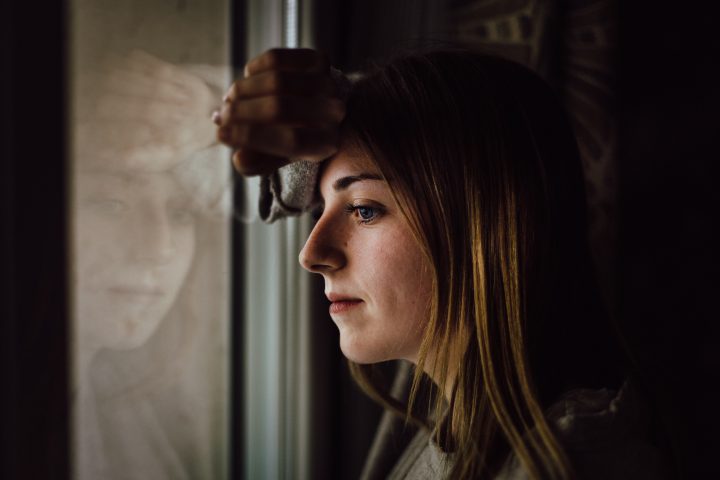 Like many young people, I finished high school with only a vague notion of what God wanted me to do with my life.

My interests in novel writing, acting, and fashion design were artsy and impractical. To further complicate matters, I struggled with a terrible chronic illness, so for a couple of years my entire focus was on getting healthy. And even then, I had to face the fact that I might never have the energy to do beginner jobs like being a waitress or cashier.

So when God started stirring in my heart, nudging me to go to college, that’s the direction I went. And all the doors started opening.

I was intrigued by the field of Communications, and a university in my area had a pretty good Communications program. So I applied and got in. I was awarded a fantastic financial aid package. And it was close enough to my parent’s house that I could live at home and ride the bus to school.

But after skipping through all those open doors, I was surprised by how terrible the room on the other side was. My classmates were all rich kids, just out of high school, who lived on campus and were friends with each other. I began to feel lonely. I tried to find extracurricular activities to help me connect with others, but they all took place in the evening, after the last bus to my town had already left.

Furthermore, I had expected a collaborative program, but instead found myself thrust into a competitive one. In class, we were told there wasn’t enough room for all of us in our chosen fields. We had to stand out. Work harder than everyone else. Get internships. Rise to the top. Elbow out the competition.

I hated it. Hated every inch.

I began to consider transferring to a different university in my area. But just the thought of transferring made me question everything.

Am I a quitter? If God led me here, doesn’t he want me to stick it out? Or did I hear him all wrong? And if so, how can I ever be certain that I’m hearing him right?

The thing is, we want God to tell us what his end goal for our life is, and provide a nice straight path to it. It seems so logical. And because we think this is the logical way for God to operate, when he leads us down a path, we often assume he’ll lead us all the way to the end of that path.

The thing is, we want God to tell us what his end goal for our life is, and provide a nice straight path to it. Click To Tweet

We assume if God leads us into a relationship with someone, he’ll lead us to marry them too. We assume if God directs us to declare a major in mechanical engineering, in four years we’ll have an engineering degree. If God leads us to our dream job, but we end up feeling isolated and overworked there, our whole notion of God’s calling for our lives feels uncertain and confusing.

And yet, if we look at people in the Bible, is there a single person to whom God revealed what he wanted them to do with their lives, and then led them on a straight path to it?

Take Moses, for example. From our vantage point in history, it looks like his divine calling was to lead the Hebrew people out of Egypt. Never was this more clear than when God appeared to Moses in the burning bush, and gave him precise, step-by-step instructions. Must be nice, huh?

But this didn’t happen until Moses was 80. Where was God’s call before this?

Certainly, something of God’s call seemed to be stirring within Moses when he was a much younger man. In Exodus 2:11-12, the Bible records that Moses saw an Egyptian beating a Hebrew, and intervened, killing the Egyptian. But even though Moses felt this desire to liberate his own people, it all backfired on him. His fellow Hebrews didn’t appreciate it, and he was forced to flee into the wilderness (Exodus 2:14-15).

I’ll bet Moses was pretty confused by this. Why would God stir in his heart to defend the Hebrews, only to force him to flee to a place where he’d never be able to help his people?

In fact, it seems like every time Moses settled on something, his plans were abruptly disrupted.

Just when he’d settled down with his family in Midian, suddenly God wanted him to march back to Egypt and deliver his people. And just when they neared the promised land, things didn’t go so well, and they all had to wander around the wilderness for another 40 years. In fact, after 120 years of zig-zag paths, he never lead his people into the promised land at all (Deuteronomy 32: 50-52).

But despite the times he made a mess of things, Moses was still one of the most useful people to the Hebrew nation that ever lived. He talked to God, wrote down the law, settled disputes, and trained new leaders. He was able to do this because he was meek (Numbers 12:3), and because he had faith (Hebrews 11:24-28).

And where did he learn his meekness and faith?

On a zig-zag path, over the course of 80 years, as he struggled to find his place as a Hebrew among royalty, fled from a palace to the wilderness, got married, and learned to lead a family.

Like Moses, it seems like God has led me down a lot of zig-zag paths. At times it’s felt very strange and disheartening. And frustrating. Sometimes we just want a straight answer. We want to know whom we’re going to marry, and what career we’re going to have, and what we should major in. We don’t want to have to transfer schools, break up with our boyfriend, or switch careers.

But when I look back on the paths I’ve taken thus far, I see what God’s calling has been all along. Meekness. Faith. Kindness. More than one spectacular event, he’s calling me to be a person who will be useful to the kingdom of God.

When I look back on the paths I’ve taken thus far, I see what God’s calling has been all along. Meekness. Faith. Kindness. More than one spectacular event, he’s calling me to be a person who will be useful to the kingdom of God. Click To Tweet

And he’s done all this as I followed him along my zig-zagged path.