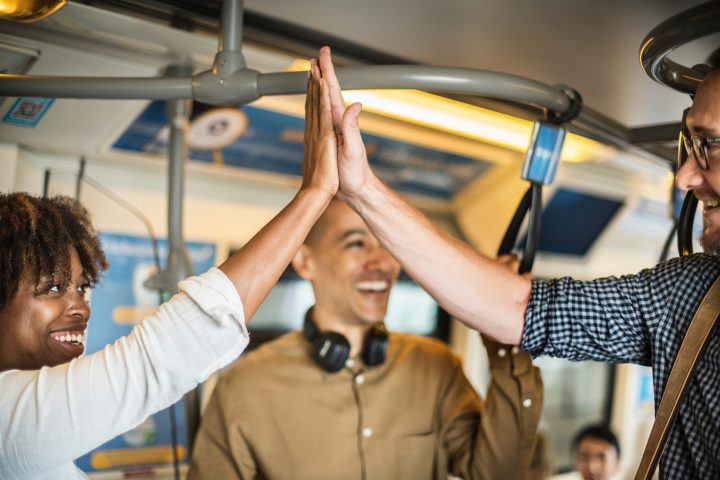 None of us are strangers to feeling outside. I’m a military daughter, I’ve moved from one coast of the country to another; so I know what it’s like to walk into a room full of pre-existing circles—circles that you aren’t in. Alienation isn’t a new experience for any of us, nor an unusual one, but there is one experience I’ve had that I think encapsulates it.

It was a large Christian event, held at a lovely venue with bright windows, benches in each, and open hallways large enough for chatting to the side, while able to hail friends passing by. Perfect for socializing, and that’s exactly what everyone was doing. A buzz of laughter and chatter filled the room, as stories were swapped. Yet I stood quietly in the midst of it. I offered an open smile to those passing by, which they returned, but didn’t stop to discuss the trade. It reminded me of standing in the midst of Chinese traffic, everyone driving and weaving about in a frantic dance that somehow they all knew the tune to, except you. Everyone knew everyone else, everyone wanted to see everyone else, everyone had their own circles–and I was standing outside of them.

Now none of those people were doing anything wrong, and I don’t begrudge them for it. It’s good to have your own friends, and special friendships must in some sense be exclusive. But still, it’s hard to be the stranger in the room full of friends.

The Heart of Hospitality

Hospitality has become a popular discussion in Christian circles, from multitudes of articles on Desiring God and The Gospel Coalition, to Rosaria Butterfield’s book on it, The Gospel Comes with A House Key making the rounds (quite deservedly). But for us young people, it can seem rather abstract or out-of-reach.

After all, we don’t own our own house, our schedules are rarely our own, and a college student’s budget can barely handle feeding one, let alone others. The full house and fresh bread of hospitality seem unattainable for us. But perhaps we’re confusing certain results for the real thing. Perhaps we’re equating an outpouring for the heart. Perhaps hospitality is more about how we live than how many people come into our living room.

The Greek word for hospitality, philoxenos, comes from the words both for friend and for stranger. Pulling those two in, and making them one. In a sense, it means to draw in, to take those who are outside the circle, and including them.

The Hospitality of the Gospel

Isn’t this at the very heart of the Gospel? Before, we were aliens and strangers. But now he has brought us “nigh by the blood of Christ” (Eph. 2:12,13). Christ took those who were different, and reconciled them together. We were standing out in the dark and the cold, but he threw open the door, welcoming us. He prepared a place for us at his table, gently took off our heavy loads, and crouched down to wash our feet.

When I think of hospitality, I’m often reminded of that iconic retro Thanksgiving photo, where the whole family is gathered around the table, eagerly watching the father carve the turkey and passing it down the table. And maybe that’s what the heart of Christian hospitality looks like. The whole family of God, gathered around the table together. Different ages, different races, yet one thing is the same, we all have our eyes fixed on Jesus. And in that, we beckon others to come join us at the heavenly table, even if we don’t have our own.

A Lifestyle of Hospitality

That’s the heart of hospitality. Bringing others in. I’ve seen how experiencing first-hand being “outside” has ingrained into my siblings how to naturally draw others in. We stand turned out a little when we talk in a circle, leaving space so that it’s easy for someone to unobtrusively step in. If we notice someone who’s standing quietly, we’ll ask them their thoughts on the matter at hand. If we see someone sitting alone, we’ll join them. No, we’re nowhere near perfect, but practice makes habits, and habits become a lifestyle.

And of course, what drawing others in looks like varies between people and personalities. I’m more introverted, and tend to rely more on open body language, subliminally saying, “There’s space and you’re welcome here.” My extroverted brother will stride right over and introduce himself, chat a little, and then laughingly declare, “Ok, we’re playing a game, and you’re on my team now!” bringing them over. Yet whatever your methods look like, the heart is the same. Bringing others in. Turning strangers into friends.That’s what hospitality is all about.

Maybe we don’t have our own house. Maybe the fresh bread isn’t quite our style. Yet that doesn’t stop us from living a life where every conversation, game, or chance encounter can be a way of showing hospitality.

We live in a world that is literally dying from loneliness. It’s been reduced to the petty interactions of pixels and pictures, everything shouting their lives at us but not really noticing whether or not we’re hearing. There are hundreds of people standing quietly alone in the midst of that chaotic traffic rush, wondering if anyone even cares that they’re there. So take the time to notice, and draw them in.

Include them in your invitation, in the group chat. Motion for them to come over and join the game. Introduce them to everyone in the group. Open up your circle to them. Look them in the eye, and let them know they don’t have to be outside.

Perhaps they’ll decline or walk past. But the opportunity was there. God holds the results; we must merely be faithful to do, to ask, to invite in. Jesus has given us an open invitation into his Life. What better way to share that with the world than to invite them into ours? So let’s have a heart of hospitality, and draw others in.

What are some tips you have to practicing hospitality as a young person?