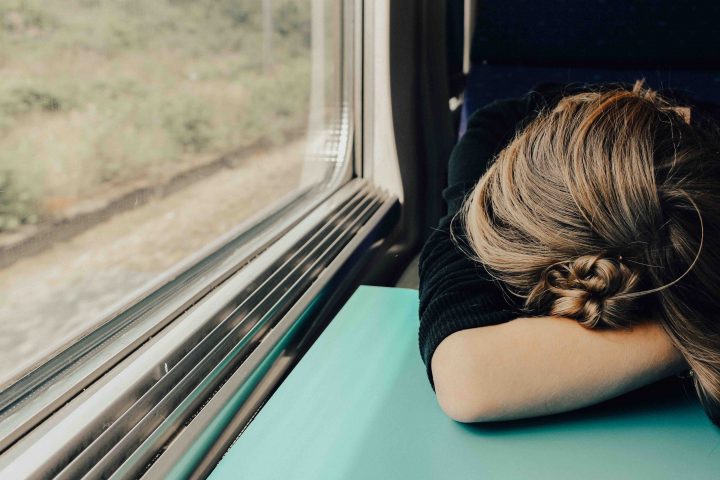 She sat across from me, clutching the coffee mug tightly in her hands. This was supposed to be a normal conversation in a café, yet quickly became anything but.

As her words and then tears began to trickle and then gush out, I quickly came to sit beside her, letting the torrential rain of hurt and grief flow out. When the storm had slowed, she looked at me with broken eyes. Her hurt is not mine to share, but her words then and a hundred others’ could have been paraphrased thus: “I’m not even worthy anymore. I have to be perfect, to be so good, and I failed. I’m broken forever.”

Those words cut me.

I wanted to weep and scream and fight those words. Even now, I still tremble and my throat tightens at the remembering. I hate them. The choices that led to them, the beliefs that fed those conclusions to her, and the ravages they had done to her. This was my friend, and she was being destroyed. Shame was strangling her life away, and not only metaphorically.

The Lies We’ve Been Told

And the worst part is, she’s not the only one. Different words, different girls, but I’ve heard so many echoing the same conclusion. I’ve messed up. That’s it. I’m not good enough anymore, and I can never go back. Everyone, God included, is disappointed with me. I can’t go to Him after what I’ve done.

And I want to scream, “No, no, no,” and do something drastic, anything to take away this hurt from them. Anything to drive these lies away from them. But I can’t. You can’t fight something that’s not physical.

They all have been sold a lie. All their lives they were told that if they’re good little girls, Mom and Dad will love them, the church will love them, and God will love them. We cross our t’s and dot our i’s, we read our Bibles and pay our tithes, we wear long skirts and always be nice—and that’s how we’ll gain God’s approval. After all, they’re the pastor’s daughter/came from a homeschooling family/the responsible eldest, so they must do everything right.

But then we don’t.

As nice as our background or outward actions might be, we still live in a fallen, tumbling, dark world. Hurts come that are not our fault, and yet still warp what we think of ourselves, and abuse wounds in ways beyond words.

But yet sometimes, we made the choice ourselves–we veered our path, only to see after how broken was the road we chose. Either way, we’re broken. We’re bleeding. We need help.

But shame cuts it off.

Shame, The Great Tool of the Enemy

Because shame is a liar. He’s one of the most powerful tools of the enemy, who uses it to keep our heart wrapped in darkness, muffled to hearing anything but his lies. He tells us we’re worthless, nothing. He tells us God would never want us back. He tells us our sin is too much, our wrong is too big.

But he’s wrong. I want to shout that to these broken ones, desperately wanting them to be free from their chains.

The Piercing Freedom of God’s Truth

God doesn’t want us to live in dark. He is come to be the light of the world, and He can pierce through the cloud that shrouds your heart. Just come to Him.

Yes, the light will show your wrongs and wounds, in all their black ugliness. And yes, they’re pretty ugly. But that doesn’t scare away God. It’s not too much, He won’t turn and leave, or even give you that disappointed stare. He’ll take it.

In fact, He already did take it on Himself, about 2000 years ago. If He could pay for all sin then, don’t you think He can deal with yours now? Give your messed-up to Him. Give your brokenness to Him. Because He is the great Healer, He is the great Mender, He is the one who makes all things new.

Don’t think He can’t heal your broken heart. Don’t think He’s distant. He’s not. He leaves all ninety-nine of His sheep to seek out the one lamb, that one lamb who ran off by himself and didn’t do what he was supposed to with the rest of the sheep. That’s the one He searched for and rejoiced when He found. (Matthew 18:13)

How To Get Rid of Shame

God never intended us to live in the bondage of shame. “So if the Son sets you free, you will be free indeed.”(John 8:36) We need to come to Jesus asking for our freedom, repenting of our wrong. But he delights in giving forgiveness and desperately wants us to come to him.

Yes, there’s still going to be hurt. Wrong actions have consequences, and even forgiven hearts take time to heal. But he’ll stick with you through it. Because your worth is not tied up in your actions; not your good ones you’ve done, nor the terrible ones you’ve done. You’re worth is based in what he gave for you. And that’s everything.

You’re not broken forever. Run to the one who makes all things new! You haven’t failed and messed everything up, he’s the God who uses extremists terrorists like Paul to evangelize half the known world. You are worthy, because he has declared you it. He calls you his beloved (Romans 9:25), righteous (Romans 5:19), and holy, without blame or spot. (Colossians 1:22)

To all the friends I have ever sat grieving with, searching for the right words to say, I wish you would hear that you are loved. You are loved. That you are not ruined, no, you are beautiful. That I hate, hate the lies and shame you have become trapped in, and if I could physically fight them, I would. But instead, I’ll fight for you spiritually, with prayer and God’s Word and declaring truth. And you can do the same.

So let’s fight together. Don’t stay in the dark of shame. Please. It’s destroying you.

Come into the light, and into the embrace of the Savior who can make you new.