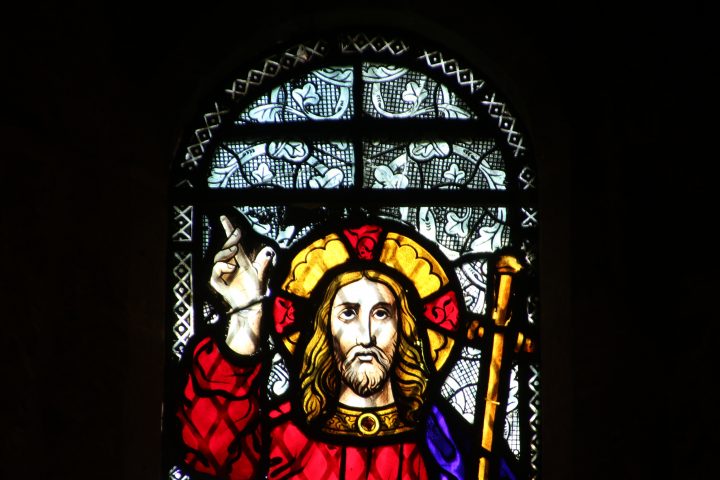 People often refer to the Apostle Paul as the problematic writer in the New Testament.

I’ve heard people say things like “I really like Jesus and his teachings, but what Paul wrote about women or slavery (or what-have-you) doesn’t sit with me. It seems outdated and offensive.” In reality, I’ve made similar comments myself as I wrestle with the writings of Paul.

But I’ve been reading through the Gospels, recently, and I honestly think I would have felt even more uncomfortable around Jesus. He was–at minimum–embarrassing, stubborn for sure, and even offensive at times.

If I were one of Jesus’ disciples at the time, I’d have said something sensible like, “Can you please not speak harshly about the religious leaders, today–just this once?” or “Jesus, can you ride something a little more dignified than a donkey into the holy city?” Or “Jesus, next time, don’t let the prostitute cry on your feet. That was a really bad look. Totally inappropriate. And that expensive perfume could have been put to better use.”

And if I’m really, really honest with myself, the last straw may have been when he flipped out in full-on anger at the temple. Good grief! It was a complete lack of self-control.

I’m not joking. I’m not drumming up false humility to make a point.

I’m serious: Imagining being there right next to Jesus in a lot of those situations makes me very uncomfortable.

We always position ourselves as if we’d have been on his side of the argument. I like to think I would have stood up and cheered him on: “Yeah Jesus, you put those arrogant jerks in their place!” I like to think I would have swooned when Jesus invited Matthew, the despised tax collector to follow him. “Oh, look! He’s welcoming the marginalized and outcasts. How good of him.”

Matthew wasn’t just an outcast–he was a traitor to his own people. He betrayed and oppressed the Jewish people by working with Imperialistic Rome to collect their tax for fascist Caesar and pilfered money for himself off the top. The Jews hated tax collectors.

And Jesus tells him, “Hey Matthew, come hang out with me and go everywhere I go.” If you were Peter, Andrew, James, John or any of these fishermen who barely eked out a living, how would you have responded to this new addition?

That’s like inviting a white nationalist to go with you to your friend’s quinceañera. Culturally inappropriate, wrong, and unthoughtful.

I know this would not have settled with my common sense of propriety or Christian ethic.

Take an honest look at how you react to stuff like that today. Think about how you feel around blunt, sometimes obnoxious people who call others out in public and bring the outcasts who society hates to the family picnic.

Be honest. How would you have felt if Jesus said this around you or to you:

“Woe to you, authors and preachers, you hypocrites! With your fancy shoes and your pretentious stages. For you are like manicured graves and ornate tombstones, which outwardly appear beautiful, but within are full of dead people’s bones and all uncleanness. So you also outwardly appear righteous to others, but within you are full of hypocrisy and lawlessness” (Matthew 23:15).

“Woe to you, teachers of the Gospel, hypocrites! You detail every grave sin and every evil spirit and every mode for obedience, yet you have neglected the more important matters of the law—justice, mercy, and faith. These things should have been done without neglecting the others. Blind guides! You strain out a gnat, yet gulp down a camel!” (Matthew 23:23-24).

“Woe to you, Western missionaries, hypocrites! For you travel across sea and land to make a single proselyte, and when he becomes a proselyte, you make him twice as much fit for hell as yourselves” (Matthew 23:27-28).

“Woe to you, Democrats and Republicans, you politicians! You build the tombs of the abolitionists of old and decorate the monuments of the righteous, and you say, ‘If we had lived in the days of our fathers, we wouldn’t have taken part with them in shedding the prophets’ blood.’ You, therefore, testify against yourselves that you are sons of those who murdered the prophets. Fill up, then, the measure of your fathers’ sins!” (Matthew 23:29-33).

Jesus was savage, man. And not in a light-hearted, celebrity roast kind of way, but an embarrassing, rude, culturally obnoxious kind of way.

I’m not sure I can honestly say I would have stuck by his side through all of it.

But the disciples did.

Yeah, they wavered a bit. When Jesus was arrested, they all ran. And one time, Peter seemed ashamed to even identify as an acquaintance of Christ. Three times he lied and completely distanced himself from this awkwardly fierce and blunt man.

But he came back–they all came back–in the end, because they knew they had no where else to go. Peter said as much himself: “So Jesus said to the twelve, ‘Do you want to go away as well?’ Simon Peter answered him, ‘Lord, to whom shall we go? You have the words of eternal life…’” (John 6:67-68).

The disciples had no pretense of religiosity or wealth or social acceptance to fall back on.

They were awkward, dirt-poor, smelly fishermen. And Jesus was an awkward, kind, blunt, fierce homeless man. As C.S. Lewis said: “He’s not a tame lion.”

I want to come to a nice, bow-tied, “Jesus was a loving nice-guy who made everyone feel good” conclusion. But I can’t and I won’t.

The honest truth is that for as kind and loving as Jesus is, he’s also very uncomfortable and I don’t completely know what to do with that.

So I won’t try to do anything with it. I’m not gonna try and fix him. Jesus doesn’t need me to fix him. He just needs me to believe.