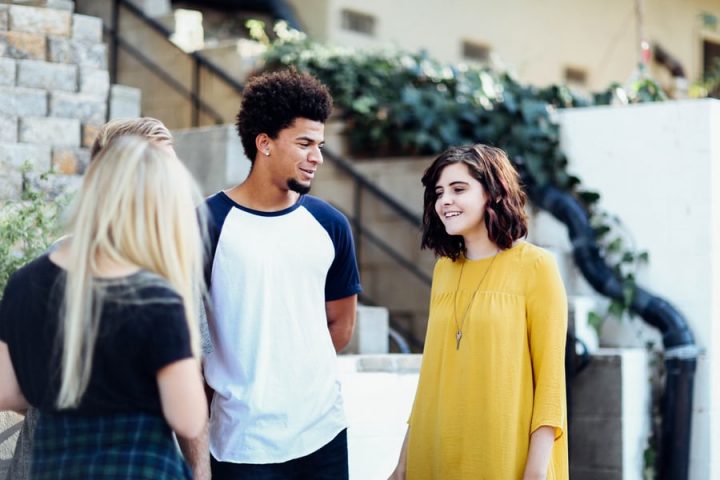 In philosophy, there is a phenomenon referred to as “common knowledge.”

I’d like to think that the differences between guys and girls are common knowledge.

However, in our culture, things that were once commonly known are becoming commonly disputed. One thing the world is trying to convince us of is that if guys and girls are really “equal”, they are also “the same.”

When the fundamental differences between men and women are continually doubted and distorted, we need to stick to the teachings of the Bible. Quite simply—God made us male and female (Genesis 1:27).

There are many articles explaining the differences between guys and girls. But in this article, I want to attempt to answer one question: why are guys and girls different?

Why are we so different?

There is more than one reason, but in this article I want to focus on the three I think are the most important.

God made us different…

Perhaps the most obvious reason God made us different is for reproduction. God could have made a couple billion sexless people. But He chose not to.

Consequently, the very first command God gives mankind is to multiply and fill the earth.

Not everyone is called to be married. But the church is called to fill the earth with faithful subjects. I’m nineteen. If God wills it, I may be married in a couple of years. I ask myself: will I be faithful to God’s command to subject the world to his rule? Will I be part of filling the earth?

2. So one can be strong when the other is weak.

“Likewise, husbands, live with your wives in an understanding way, showing honor to the woman as the weaker vessel, since they are heirs with you of the grace of life, so that your prayers may not be hindered.” (1 Peter 3:7).

But our differences don’t mean we shouldn’t be friends.

3. To symbolize Christ’s love for us.

“Therefore be imitators of God, as beloved children. And walk in love, as Christ loved us and gave himself up for us, a fragrant offering and sacrifice to God.” (Ephesians 5:1-2).

Through the years, artists, poets, musicians, and writers have tried to grasp hold of love and portray it for what it is—without success. There is something behind true love that captures our imaginations.

How can love be so strong, yet so tender? It’s like a fire that can scourge a country, but also warm a family. It leaves us baffled!

True love is deeper than simple passion. Christ’s love for us—now that’s true love! This kind of sacrificial love between a man and women in the context of marriage symbolizes the love between Christ and his church. True love is literally sacrificial, literally undying, and literally forever, and ever. What an honor it is to be loved by Jesus! What a privilege to symbolize his love through our love!

All Created in the Image of God

Even though God made us different, it’s important to remember that we’re all created “in the image of God” (Genesis 1:27). One half of the image is not better or worse than the other. On the contrary! Both halves are incomplete as an image when the other is absent.
G.K Chesterton illustrates this in a poem that says:

One is not better than the other. That’s not why God made us different.

Why Are Guys and Girls Different? is part one of a three part series on godly masculinity and femininity. Be sure to check out parts two and three.