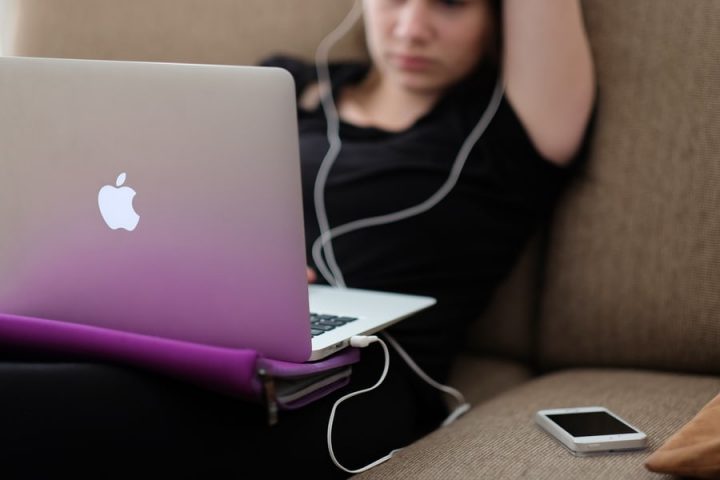 I don’t have a smartphone.

At least, not anymore.

About five months ago I sold it and gave up the luxury (yes, luxury) of WhatsApp and Instagram. In many ways this article is the story of an addict. How God opened my eyes to the endless Facebook scrolls, and the never ending YouTube videos. And how downgrading to a ‘dumb phone’ opened my life to an intimate relationship with God.

I remember the first time I got a phone.

It was the kind where you have to press a button multiple times to type the desired letter. To me, it was quite the thing. I felt like a grown man at only 7 years old.

Three years later I got my first phone with internet access. It wasn’t a smartphone, but it had a touch-screen and I thought I’d reached the pinnacle of technological advancement. How wrong I was!

The first smartphone I ever owned was pretty weak. But it had WhatsApp, and I was able to download games. I remember the hours I spent playing games like Soul Surfer. I didn’t realize it then, but I was slowly becoming a slave to my own phone.

Not long afterwards, I bought a tablet that could download even more games. One of the games I downloaded on my tablet was called Clash Of Clans. I was hooked instantly. Hours and hours I played it. Every single day. After almost two years, I was finally ‘over’ this game.

But my digital addiction was stronger than ever.

Living in a haze of constant screen time

At this point, my digital addiction took a different turn. I wasn’t playing as many games, but I was spending more and more time on Facebook, WhatsApp, and YouTube. Later Netflix as well.

I was living in a haze of never ending phone time. I remember that I would unlock my screen numerous times, just to stare at it for a few seconds—to double check that there are indeed no new messages. I hear people call it F.O.M.O. Fear Of Missing Out. But there was more to it. I needed the screen time. Looking at my phone—even if there was nothing new to look at—stimulated me.

I would watch videos until two in the morning—and be pretty useless the next day. About everything in my life suffered. But I didn’t know that it did, because everywhere else I looked I saw the same thing: 17 year old adolescents, living in this fake world where everything is sweet and hazy. I began calling this world The Cotton Candy World.

One of the things that suffered most was my relationship with God.

Even when I turned my phone off to pray, my spirit wouldn’t be quiet. I’m ashamed to say that many times during prayer, my brain would interrupt me by ‘playing back’ one of the videos I’d watched that day. My relationship with God was hard work, and unsatisfying. I didn’t want to spend time with him. But I did want to spend time on my phone (up to 6 hours a day). And that needed to change.

Shortly after my eighteenth birthday, my pastor started preaching about cell phone addiction. He pointed out how we’ve become slaves of our own phones. How we—whom God has authorized to rule over creation—are allowing creation to rule over us.

The irony struck me. I knew that my pastor was right. In a weird way, I was serving my phone instead of serving God. But still, I really didn’t want to just give it all up. I liked The Cotton Candy World too much to say farewell.

But God wasn’t finished with me. As the year went on, he reformed my will, until finally, early in August of last year, I replaced my smartphone with a sturdy ‘dumb phone’. It can call and send messages. And if I really want to push the limits I can play Snake Xenzia. So it’s been quite the downgrade…

The first few weeks were pretty tough. It’s still tough, and giving up my smartphone didn’t end the temptations. They’re still there, and I’m still fighting (and sometimes losing). But giving up my smartphone made me realize that I don’t need this technology. I’ve found other things to replace phone time with. I read a lot more than before. I’ve also gotten in the habit of listening to sermons when I don’t know what to do. It turns out my new ‘dumb phone’ freed up a lot of my time.

Becoming more personal in my relationship with God

Brad Huddleston, in a lecture called Digital Cocaine, said that God’s message to the church today is that he wishes we would give our hearts and emotions so intimately over to him, as we do to our phones. I couldn’t agree more.

Addiction steals the love and affection that is due to God, and replaces it with a stone cold indifference.

That’s one of the major changes that started to happen once the intimacy I had with my phone no longer existed. My relationship with God became personal. Praying is no longer a chore. It’s something I want to do. Along with reading the Bible. For the first time I’m reading the Bible from cover to cover. Previously I had to force myself to have quiet time. Now, though I still grieve at how frequently I neglect it, I’m beginning to desire it more and more each day.

What do we do?

A couple of months ago I started noticing things I didn’t pick up before. Like just how common phone addiction really is. I remember one time having lunch at my university’s student area. Three or four of my fellow students were sitting at another table. They quickly looked up to greet me, and then bent their heads back down to their phones. One was scrolling on some social media platform, another was texting. It was a tragic sight. A few months earlier I would barely even notice it. I’d probably be sitting next to them with my phone in my hand. But now the sadness of it hit me: they are more intimately connected to their phones than anything else in their lives.

What are we to do?

We are facing a digital addiction that includes video games, social media, series, and pornography. And losing a smartphone doesn’t end the fight. Click To Tweet

I’m not sure, but I know this: we can’t continue on this path. My generation is bleeding, and they think their wounds are natural—even desirable. I found that I had to give up my smartphone altogether. And maybe there’s a place for a movement of young people changing from smartphones to ‘dumb phones.’ But the root of the problem runs deeper than phone addiction. We are facing a digital addiction that includes video games, social media, series, and pornography. And losing a smartphone doesn’t end the fight.

I still have a laptop, and I have to guard the time I spend on it as well. Simply giving up our smartphones or deleting our Instagram apps doesn’t mean the battle is over. We still need to fight against the temptations before us daily to exalt anything before Christ—including and beyond our phones and technology use.

God is calling us to arms. If this is the battle God calls us to, I’d rather be for Him than against Him. Click To Tweet

I tremble when I think about the battle before us. But God is calling us to arms. And we need to take back what belongs to God. We need to rule over creation like God intended us to. And if this is the battle God calls us to, I’d rather be for Him than against Him. 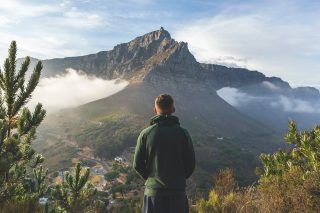 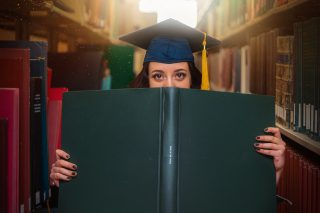 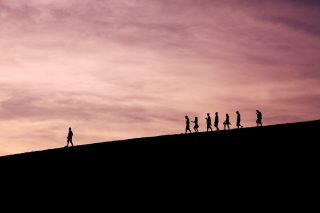