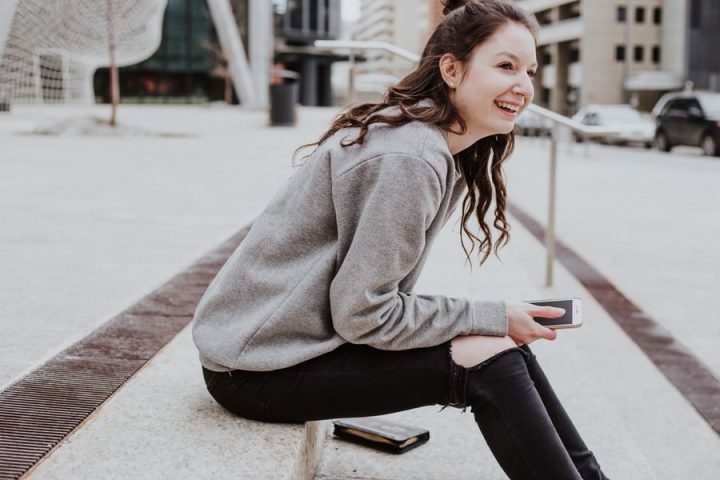 As I copied the words “humble and gentle” from Ephesians 4:2 into my journal, the list of problems I constantly faced ran through my mind.

I was too quiet, too unsure. I needed confidence and boldness to speak up. Why should I focus on being humble? That seemed like the opposite.

I was puzzled. Humility was something I’d figured out a while ago. I didn’t brag. I didn’t think I was the best. I was one of the most humble people I knew!

At that, my card house came tumbling down—and I caught a glimpse of my guilt.

True humility is hard to understand. The more I learn, the more I realize I have no idea how deep it runs, or how far from it I really am. If we really want to understand humility we need to look to Jesus’ example.

Humility is: Thinking of yourself less.

On the surface, humility sounds the same as being modest. But that alone is too shallow of a definition.

Jesus says, “The greatest among you shall be your servant.” (Mathew 23:11)

Having a servant heart is at the core of humility. It’s not only thinking of others before yourself, but being willing to go the extra mile for them.

Humility isn’t: Thinking less of yourself.

If one extreme is an obsession with the self, the other is a complete rejection of your own value. Neither are healthy; neither are humble.

Even when you’re dwelling on the negatives and beating yourself up over flaws, you are still focused on yourself. In a strange way, it’s still pride. When you choose to stress over mistakes instead of surrendering them, you’re pushing Jesus away.

Knowing your worth is a good thing, as long as you base it on what is true. Looks, status, and even abilities fade. Your value is as a creation made in the image of God, as a child of the King, as one loved and sacrificed for.

Don’t cling to your own abilities or inabilities. Cling to God.

Who would have thought the Creator of the universe would enter the world, of all things, as a child in a manger?

Who would’ve thought the most powerful event in human history would take place on a cross?

Our Savior is humble, yes, but also bold. That kind of love is nothing like we’ve ever seen before. It is the kind of self-sacrifice that takes unimaginable courage.

Paul writes in Philippians 2:5-8, “Have this mind among yourselves, which is yours in Christ Jesus, who, though he was in the form of God, did not count equality with God a thing to be grasped, but emptied himself, by taking the form of a servant, being born in the likeness of men. And being found in human form, he humbled himself by becoming obedient to the point of death, even death on a cross.”

There’s not much to be said beyond that.

Jesus was ridiculed. The religious leaders mocked him, saying, “He saved others; he cannot save himself. He is the King of Israel; let him come down now from the cross, and we will believe in him.” (Matthew 27:41-42)

Of course, he could have done just that. But the point was to sacrifice for us, not prove his power.

He had every right to make a defense. We don’t. Yet, when we mess up and rightfully receive the consequences, we fuss and argue to defend our pride.

It takes more courage to listen humbly and accept correction if needed.

Being humble doesn’t mean you’re weak. It doesn’t even mean you lack confidence. In fact, it might take more confidence.

You don’t always have to prove you are right. Know when to bow out gracefully.

Humility is: Submission to God.

When humility is mentioned in scripture, it is almost always in the context of being humbled before God.

In James: “Humble yourselves before the Lord and he will exalt you.” (James 4:10)

When addressing Soloman in 2 Chronicles: “if my people who are called by my name humble themselves, and pray and seek my face and turn from their wicked ways, then I will hear from heaven and will forgive their sin and heal their land.” (2 Chronicles 7:14)

Countless times in Proverbs: “The fear of the Lord is instruction in wisdom, and humility comes before honor.” (Proverbs 15:33)

You get the picture.

Humility starts before God and bleeds into the rest of your life.

David’s prayer in Psalm 139 is a great example of this in practice:

Humility isn’t: Sitting on the sideline.

Humility is boots on the ground, doing the work with everybody else. It’s active, involved, and many times inconvenient. It’s a full time job.

It might not react—but it does respond, always with love. Humility has the right perspective.

If my God can humble himself coming to us in human form, “becoming obedient to the point of death, even death on a cross,” then surely, I can do the dishes without complaining—even when I’m tired.

Surely, I can have patience with my siblings—even when homework is stressing me out.

Surely, I can forgive.

There will be times where I still fail, still stumble, and still act selfishly.

But through it all, I can remember the model Jesus set and run in his direction.