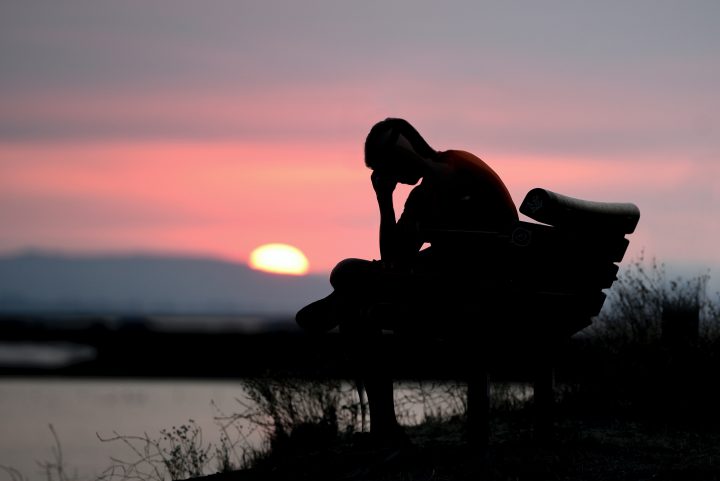 This is probably going to be the most uncomfortable article I will ever write. So be it. I’m done with skeletons in my closet. I hope after this you will be as well.

This is the story of my life. A lot of people assume that just because I was baptized at thirteen and have never gone to jail or done drugs, I have the typical “good-church-boy” testimony. “I was raised in church, said the sinner’s prayer at age eight…”

And those people wouldn’t be all wrong. But the truth is, my story is dark, sinful, and terrifying. But I wouldn’t want it any other way.

My parents are extremely devoted followers of Christ. After God, I owe them any genuine faith I have. But it’s easy to put up a front as a church-kid. It’s easy to honor God with your lips, but not your life.

I can remember lusting after girls as early as second grade. It started off with being attracted to certain girls and looking at them in different ways. I would intentionally give certain areas a second glance, or intentionally look at girls in lustful ways. From there it only escalated.

Lust is deceitful. I didn’t fully understand it. It told me the way I looked at people, the things I did, and all that I heard wasn’t wrong. Of course, my parents wouldn’t understand, and of course these were private thoughts, but they weren’t wrong. Or so I thought. The late-night talks and conversations with other guys about sinful topics were all an appeal to my lust, sensuality, and desire to hear and learn more of the forbidden fruit of lust. Romans 1:29-32 described me perfectly.

I wish I could say that these were simple crushes. They weren’t. They weren’t the thoughts and actions of an innocent nine-year-old smitten by blonde skinny girls. These thoughts would target so many people. I would fantasize after many, using my mind to follow my lust.

The most painful to recall aren’t the thoughts, but the actions. I was extremely sexual, even though I didn’t understand any of it. I did things to see what I shouldn’t have seen, manipulated girls in ways I shouldn’t have, and hurt those around me.

The funny thing is the extreme difference between lust and romantic love. Culture blurs the lines. But my firsthand experience makes the difference abundantly clear. In my own life lust has said, “I don’t care who you are, what your relationship is to me, how old you are, what ethnicity you are, whether or not I even like you as a person. I have an appetite and I want it satisfied.”

Romantic love, even stripped of agape self-sacrificial love and all its nobility, desires the upbuilding and honor of the object of its affection. It draws boundary lines, and even if it is minuscule, contains the mustard seeds of kindness and devotion.

For years I lived this hypocritical life. I claimed Christ, but lived in the flesh. I was only vaguely ashamed of my twisted fantasies and perverted actions. I cared only slightly about the fact that my perversity was far more than any other person I knew, that I lusted after the very girls I hated and bullied, that I (without their knowing my true intentions to seemingly innocent actions) did things with them to satisfy my desires.

I intentionally looked for ways to see exposed women. By God’s grace I never became addicted to pornography, but I was perfectly content to satiate my lust with women around me, and that was no better.

I engaged in many sins, but nothing imprisoned me like lust.

And then it happened. After living in South Florida for my whole life, my family suddenly moved to Grundy, Virginia. A town “two-hours from nowhere” as a local called it. It was crazy small. And it, “just so happened” that in this town we had moved to for my Dad’s job, there was a private Christian school.

I can’t say an exact date. I can’t describe how it happened. All I know is that somehow, in the midst of being removed from all my perversity and lust and transferred to a Christian school in a town of less than a thousand people, my beliefs and actions finally began to match up.

Don’t get me wrong. I still bullied some classmates, struggled with the same old sins, and God was at best secondary to whatever I happened to be doing most days, but a seed long dormant was growing.

After moving back to Florida, I still wrestled with sexual perversity, but I was mostly free. I was baptized on October 8th, 2017, in eighth grade.

And I fell. I fell into a cyclical pattern of sin unlike any other I had yet experienced. This was my first real encounter with sin as an enemy rather than a guilty pleasure. I spiraled even deeper into twisted sexual desires and explicitly demonic and sexual thoughts. I was extremely guilt laden.

I felt trapped and alone. Of course, the sexual sin I wrestled with was nothing uncommon among men (or women). But the fact that I was finally aware of physical sexual sin broke my spirit like nothing else. Not to mention, my own mind, thoughts, and deeds spiraled into perversity even more than they had before knowing Christ. The addiction and continual failure shattered my soul. I was often surprised that God didn’t kill me where I kneeled. One of my most frequent prayers was, “God, if I can’t be forgiven, please kill me now.”

I would scroll through countless articles on DesiringGod.org, TheRebeleution.com, and other sites trying to affirm my desperate desire for forgiveness. I desperately thought of David’s forgiveness, the servant’s debt, the prodigal son, anyone and everyone who had failed. Faintly hoping for some assurance of grace, I would talk of others’ failures, which only built up my own insecurity. I promised God I would change. I didn’t. This went on for about seven or eight months, before finally, I had my breakthrough moment. I was (almost) free from this sin.

I ended up confessing my sin habit to my Dad after experiencing months of guilt, and even began to work backwards, going back further into my past sins, confessing them to my Dad and even some of the people I had hurt, lusted after, and done evil to.

But God, Who Called Me Here Below

But the truth was (and is) guilt still hurts. Shame is a daily threat to my soul, and despair isn’t often far off. It’s one thing to feel like someone who’s been caused to sin, and another thing entirely to be someone who has caused “these little ones” to sin (Matthew 18:6). If I’m being honest, there are still days where I wish I could be someone else. Someone who doesn’t have to look in the mirror every day and hear the endless lies of shame and regret. It’s incredible how easily we trap ourselves.

It’s hard because sin is universal, but we feel our sin isn’t. We think that no one else does that thing I do, or at least they don’t do this in that way.

It’s funny how we are so prideful, yet manage to be our own worst critics. We think we’ve finally moved past the stigma, finally dropped the weight, finally confessed the sin, only to turn over one more proverbial rock and see the mess we’ve made.

We ascend the mountain only to get a better look at the refuse we’ve piled up all around us. We labor and save to buy our freedom, only to watch our sin debt increase by the minute.

Why do I write all this?

I write because of Christ. Because of what He has done. Because He took a child of wrath and made him a child of God. David said he would teach fellow sinners to obey God (Psalm 51:13). That’s what this is. This is a story of redemption. If you think you are too far gone, believe me, you are not.

When I had nothing, Christ paid everything for me. When I was dead in debt, Christ bought my pardon. Click To Tweet

Maybe the sole reason for my life is to encourage someone who reads this. Maybe God uses the worst failures to prepare His best servants. Maybe our guilt is the doorway to freedom. Maybe our shame is only a reminder of the glory soon-to-be.

Maybe I’m wrong. This could just be the story of another failure. Another prodigal. Another wretch. The funny thing is, that doesn’t discourage me too much. God seems to do His best work with failures and rebels. Even if my whole life only paints a dismal picture of a broken world, I know that every brush stroke is weighed, and every drip of paint considered.

Maybe God uses the worst failures to prepare His best servants. Maybe our guilt is the doorway to freedom. Maybe our shame is only a reminder of the glory soon-to-be. Click To Tweet

And ultimately, I know this: Christ is enough. When I had nothing, Christ paid everything for me. When I was dead in debt, Christ bought my pardon. I don’t know if this moves you at all, but God felt pain for me. The almighty ruler of the universe wept for me. And bled for me. And died for me.

I don’t have to measure up to a standard. I don’t have to feel good about myself. In Christ I can lose all that and gain everything true and lasting. Everything that I’ve ever needed is in God. I want for nothing. Where sin once abounded, grace abounds all the more.

Honesty is difficult. I prefer to stay silent about my sins, or just quietly deal with guilt on my own. And in all honesty, part of me just wants to hide from confession and ignore vulnerability.

But, “[God’s] grace is sufficient for [us], for [His] power is made perfect in weakness.” (2 Corinthians 12:9). God’s gift to heal physical, spiritual, and mental brokenness is our confession of our own sin and brokenness (James 5:16).

Ultimately, confession to others is valuable as a support system and a way to shatter lies, but apart from Christ, it can never be a pathway to true freedom. So, I encourage you, while you still have breath in your lungs, run home to an almighty, righteous, just, loving, and merciful Father. “He does not deal with us according to our sins” (Psalm 103:10). He bought your righteousness, and He can restore it to even the most twisted.

I know it was for me.

is a 16-year-old follower of Christ from Florida. He is an amateur writer and graphic designer, and loves to play guitar. When not at school, he is probably reading or skateboarding. He hopes to reach out to nations with low percentages of Christianity, to further the Gospel in lesser-reached areas, and to care for the homeless population.