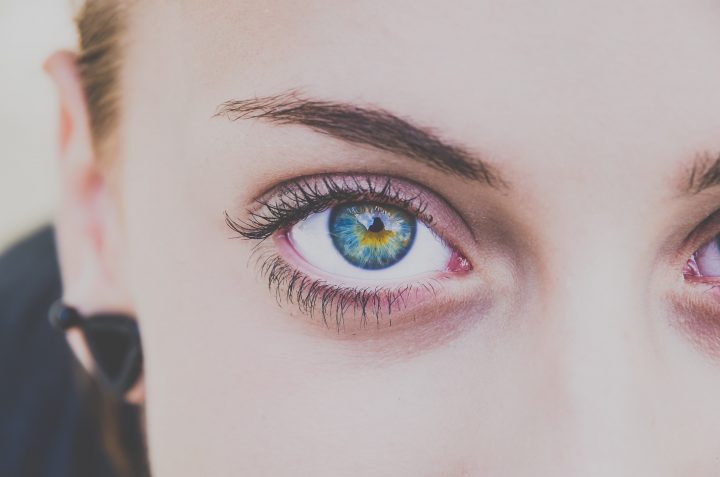 I ran up the path as fast as I could, struggling, out of breath, yet ecstatic. Mary Magdalene caught up to me, as she had stayed at the tomb longer. We rushed up to the door of the room where the disciples were and knocked on the door. It didn’t open.

“James! He’s alive!” I yelled through the wood. I heard footsteps. As the door opened, the beautiful Sunday morning light poured into the dark, gloomy room.

Peter met us at the door. His face looked as pitiful as the room had. “Calm down, both of you. Don’t be so loud, the Romans will find us. Who’s alive?”

“Nonsense. Are you out of your minds? He died. We all saw him.”

I remembered the words of Jesus. He had explained to us that He would die and that three days later he would rise. The tomb… it could only mean one thing. I took a long heavy breath and looked Peter straight in the eye. “Peter, the tomb is empty.”

I watched his eyes get big and shine with hope as he realized what I meant. He thrust the door wide open and rushed down the path toward the garden where our Messiah had been buried.

I stepped inside through the door and started to tell James that he had better come too, but I caught Mary Magdalene looking at me. Smiling at me as if all the world had been given to her and she was bursting inside. I could almost see a light shining from her face.

The Invisibility and Ultimate Reality of God

“He is the image of the invisible God, the firstborn of all creation” (Colossians 1:15).

God, in his being, is invisible. No one has seen God. (John 1:18) As human beings, we often rely on one certain sense to credit existence: sight. From this idea, we get the word “eyewitness” or the phrase “I saw it with my own two eyes”. If someone did not see something happen, it seems we cannot prove that it did.

Of course, this is not true. We know that wind has blown if all the flowers of a blooming tree are scattered across the ground. We can prove things have happened even if we haven’t seen them happen. However, as humans, we tend to stick to sight.

May I ask, what would happen if there had been no eyewitnesses at Jesus’ resurrection? If Mary Magdalene had not seen him? If the travelers on the road to Emmaus hadn’t seen him? Though his resurrection might have been real, we as human beings would have had extreme difficulty in accepting its reality. Christians may not exist today.

Sight remains the strongest proof for the existence of an event or thing. This is because we are finite. We don’t have superpowers; we can’t travel in time; we can’t predict the future. God created us, and we are ultimately fragile and small compared to him. We rely on incapable human eyes as proof of reality.

Therefore, proving that God exists seems difficult for mankind. It seems impossible. Who has ever seen God? Invisibility leads to the doubt of most people in the world today. It leads to agnosticism, which states that “if we can’t prove it, I won’t believe it”.

And yet. Oh yes, and yet. God, invisible yet ultimately real, became flesh. The invisible became visible.

“And the Word became flesh and dwelt among us, and we have seen his glory, glory as of the only Son from the Father, full of grace and truth” (John 1:14).

We see Jesus’ ultimate power over nature when he calmed the storm with three words (Mark 4:39). We see his power over the physical body and demonic powers when he healed the sick and when he threw out the demons of the possessed (Matthew 8:14-15, Matthew 8:16). We see his power over death and sin when he raised his friend from the dead and forgave the adulterous woman (John 11:42-44, Luke 7:48). We now see the timeless God, who has no beginning and no end, human in front of us (John 8:57-58). We see him, “the fullness of God”.

“For in him all the fullness of God was pleased to dwell,” (Colossians 1:19).

I dare not say that the primary reason for Jesus coming to earth as a sinless man, fully God, was to prove his existence. However, God is merciful, and in his mercy, he showed us himself. He showed us himself because he knew we are slow to believe. We are all doubting Thomases.

“Jesus said to him (Thomas), “Have you believed because you have seen me? Blessed are those who have not seen and yet have believed.” (John 20:29)

Through his word, he graciously shows us himself; he extends his nail-pierced hands and feet and shows us God, His love and mercy toward us. He invites us to see and believe. To believe like Mary did that first Easter morning.

Will you look upon this sight?