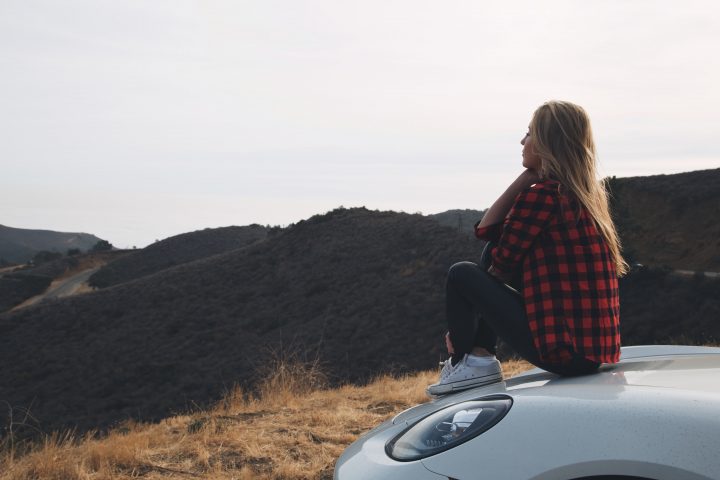 Many young people want to be world-changers who defy cultural norms. We’re idealistic. We’re energetic. We’re socially engaged. These can be really great qualities when guided by wisdom and discernment. But too often, they’re left unchecked–leaving us to jump on whatever cultural bandwagon happens to be passing by, and sometimes even fighting for a cause counterproductive to the gospel message.

In the tumultuous waves of culture, we must guard against getting swept away by false ideas cloaked in nice-sounding sentiments. There’s the way of the world, and there’s the way of Christ. Impulses, emotions, words are all ammunition in this spiritual word, and they can pull us off the right path if we’re not careful.

Language is a powerful tool, and one is easily manipulated. Crafty speech is a weapon of deception used from the beginning.

When the serpent tempted Eve, he did so by questioning and distorting God’s word. “Did God actually say, ‘You shall not eat of any tree in the garden’?” (Genesis 3:1) Of course, God did not say that. He said they were free to eat from any tree–except the tree of the knowledge of good and evil.

Deceptive handling of God’s word paved the way for the sin. It made it just a little easier to give in when the serpent said, “You will not surely die.”

Similarly, you might have seen truth handled deceptively before. Someone goes from talking about love or justice to affirming abortion rights and the idea that all religions lead to God.

Whoa, you think,—back up—where did that leap come from? There’s a bait and switch happening here. You’re drawn in by one good principal and led to believe something contrary. Part of it sounds right, but the other part sounds wrong. Did God really say…?

The confusion comes when people think they mean the same thing when in reality they are having two very different conversations. That’s because many words have been redefined.

These are just a few words whose meanings have shifted in the culture over the years:

If we’re not careful with definitions, it can dramatically affect our theology and the ways we live our daily lives. An unequivocally unloving, unjust, action like abortion can be justified in under the banner of words we all agree with. Calling it “reproductive justice” or “a woman’s right to choose” masks the horrible reality of what is really at stake: a child’s life.

Peter’s warning about those who taught false doctrine in the early church sounds all too familiar: “For they mouth empty, boastful words and, by appealing to the lustful desires of the flesh, they entice people who are just escaping from those who live in error.” (2 Peter 2:18)

We don’t want to cause a disruption, but unity in itself is not a good goal–especially when the unity is with teachers of unrighteousness.

You’re in the lunchroom and somebody presses you on the issue of same-sex marriage, “How could you want to stop love?”

Now you’re in an uncomfortable position, one that seems to have no good way out. Saying you disagree with love is a lot worse than disagreeing with an act or policy you are convicted is immoral.

When faced with a statement or idea, we need to go beyond its face value, affirming the truth and understanding the lie. It takes a careful, thoughtful approach to recognize what worldview is at play, and in this case, affecting the perception of love.

Love in the Christian sense is richer than anything the world can give. It is grounded in God’s character–in fact, God is love (1 John 4:8). His love is self-sacrificial (John 15:13).

Love is more than an emotion or feeling. To affirm love, we cannot rejoice in wrongdoing. We are to be patient and kind, but also truthful (1 Corinthians 13:4-7). Otherwise, we’re encouraging people to hurt themselves with poor decisions.

Disagreeing with a definition that is contrary to God’s is not hateful towards others who hold different beliefs, but faithful to a loving God who gave us two distinct genders as a gift (Genesis 1:27-28), set up marriage in a specific way that reflects his plan for life and our own relationship with him (Ephesians 5:25-33), and says we are each wonderfully and fearfully made (Psalm 139:14).

We affirm love and show kindness to all people created in God’s image, but reject false definitions and sin.

Speaking an uncomfortable truth, even in a loving and gracious way, may still cause a negative response. Regardless, we can’t sacrifice truth on the altar of unity. It would be wrong to let a friend do something dangerous to save her good opinion, and being dishonest for that reason is wrong too.

When worldly philosophies are Christianized

It’s easy to fall into the de-facto position that anything labeled “Christian” must be okay. If it’s in Christian bookstore, on the Christian radio station, or on a Christian website–it must be biblical. That’s not necessarily so.

There will always be those who twist scripture out of context to make it fit their own beliefs. People who champion evil under the name of Christ are not new. Jesus warns of wolves in sheep’s clothing (Matthew 7:15). 2 Peter 2:1 says, “But false prophets also arose among the people, just as there will be false teachers among you, who will secretly bring in destructive heresies, even denying the Master who bought them, bringing upon themselves swift destruction.”

These kinds of teachers use Christian sounding language. Some even use the name of Jesus to justify things that are blatantly against what he stood for. In his book Escape from Reason, apologist Francis Schaeffer notes that people often borrow the words we (rightly) have a deep attachment to as a way to give the illusion of meaning to empty doctrines. He writes: “I have with sorrow become more afraid of the word Jesus than almost any other word in the modern world. The word is used as a contentless banner, and our generation is invited to follow it. But there is no rational, scriptural content by which to test it, and thus the word is being used to teach the very opposite things from those which Jesus taught.”

This isn’t something we can sit back and just hope to avoid. We have to be on guard. Once you give the world a foot in the door, it isn’t long before other issues come rushing in.

Our question is not “Did God really say?” but instead “Will we choose to obey?” Click To Tweet

The only way to guard against this is to read scripture for yourself. If you don’t know what’s in there, you won’t recognize when something is contradictory.

We need to ground our worldview and theology in the Bible, not a label, not another teacher.

Our roots need to be deeper than language

If we’re the seed that falls and blossoms by the word “love”, but we have no deeper understanding of what that concept entails–we’re going to be swept away in the first storm that hits. We’ll be chasing the wind, going wherever people preach positive principles like goodness, love, friendship, with no real understanding of the underlying foundation.

This is why reading the Word is important. If we learn and grow in knowledge of the God we are serving, faithfulness in most cases should not be confusing. The principles are clearly laid out. Our question is not “Did God really say?” but instead “Will we choose to obey?”

The world changes. Definitions change, cultural tides change, what is “right” by the world changes on the whims of the flesh. Our Savior does not. “Jesus Christ is the same yesterday and today and forever.” (Hebrews 13:8)

The body of Christ is full of people set apart. We are supposed to be salt and light, preserving and illuminating truth.

Young Christian: Don’t be taken in by false philosophies that prey on your desire to do good. Exercise caution, discernment, and wisdom. Be encouraged when times get tough. People won’t always like it when you speak the truth, but it will always be worth it.