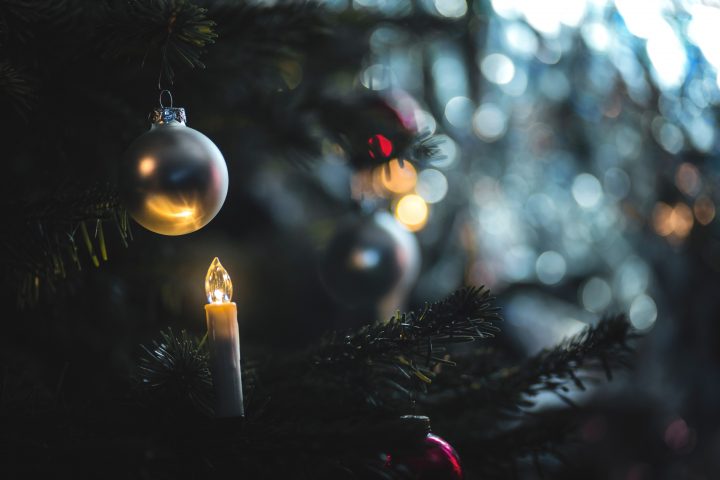 We don’t tend to think of dark things at Christmas. We think of light and joy; a content baby in a manger, who doesn’t even cry. (I always questioned that line in Away in a Manger.) Everything is sweet, happy, calm, and like a Hallmark movie.

That’s what we think of when we think of Christmas. But 2020 has been anything but bright.

A day ago, I saw a news station’s recap of 2020, and looked like the exposition-rich intro to a post-apocalyptic movie. Cities on fire, people scurrying by with masks, all the natural disasters that happened. This year has not been bright—people died, businesses died, dreams died. And we cried.

It’s a unique year, yet somehow still the same as the others. There’s been hurt before, and there will be again. We like to think of the light and joy of Christmas—and thank God it is so—but we forget the hurt along with it. There is darkness in the Christmas story as well.

We don’t include it when we tell the story to our children, lest we scar them, but perhaps we should hear it, and in so doing heal the scars we have.

The Horror After Christmas

“Then Herod, when he saw that he had been tricked by the wise men, became furious, and he sent and killed all the male children in Bethlehem and in all that region who were two years old or under, according to the time that he had ascertained from the wise men.” (Matthew 2:16)

It’s only one verse, but it should make a lump catch in your throat. He killed them. He slew them. Herod was known for being a violent king, killing his own wife and children, but this…

Historians say Bethlehem wasn’t a large town, this likely was only 2-3 dozen boys. But still—24 to 36 boys. 24 to 36 families, bereaved. Children, babies, jerked away from their mother’s knees. We sing about the town two years before,  in “its deep and dreamless sleep,” but here in the light of day the silence is broken by screams and sobs. Children, sons, dreams died. And they cried.

“Then was fulfilled what was spoken by the prophet Jeremiah: ‘A voice in heard in Ramah, weeping and loud lamentation, Rachel weeping for her children; she refused to be comforted, because they are no more.” (Matthew 2:17-18)

Rachel was deeply associated with Bethlehem, for Jacob buried her nearby when she died. The city of Ramah was about 5 miles away—even from there, they could hear the voices of the mothers of Israel weeping.

Jesus in a Messy World

This is not a part of the Christmas story that we want to hear. It’s messy. It’s ugly. Jesus is born, everything should be better, right? But that’s forgetting the now but not yet. Jesus comes, but does not make everyone better. In fact, some are worse. (Do we call the situation of the martyrs better in their flames?)

But Jesus didn’t come to a clean world. He didn’t come to a sweet and sterile one, where straw is soft instead of itchy, where we skip over the shame of an unwed Mary, where mad kings don’t kill babies. If that was the world He had come into, what power could He have had in ours? What authority could He have in 2020?

No, Jesus came to our messy world. To a sobbing and bleeding world. But still, He brought life. The cries of the mothers are still there, but so are the cries of the angels. The gasps of horror, but the gasps of the shepherds too. The pain does not drown out the light.

We should not dismiss our tears, for even they are hidden in the palm of His hand; but still we hold on too to the day they will be wipes away. Even in our weeping, we know this hope. Matthew quotes from Jeremiah’s 31:15, but the very next verses in Jeremiah are a reminder of that hope:

Don’t cry anymore—there is hope for your future. God is the one who will “turning their mourning into joy; [and] will comfort them, and give them gladness for sorrow.” (Isaiah 31:13) In the midst of the mourning, in the midst of one of the most unthinkable tragedies and the pain that comes from that, there is hope.

2020 can feel like an odd year to celebrate Christmas in. Joy and grief are so mingled together, that sometimes we can’t tell whether the tears are from laughter or tiredness.

But this Christmas is not too much unlike the first one. So let’s embrace that tension, and look forward. “Look up, and lift up your heads; for your redemption draweth nigh;” no longer will we have to cry. (Luke 21:28, KJV)

Look up, for into the darkness, the Light of the world has come.

“…and his name shall be called Wonderful Counselor, Mighty God, Everlasting Father, Prince of Peace.” (Isaiah 9:6)