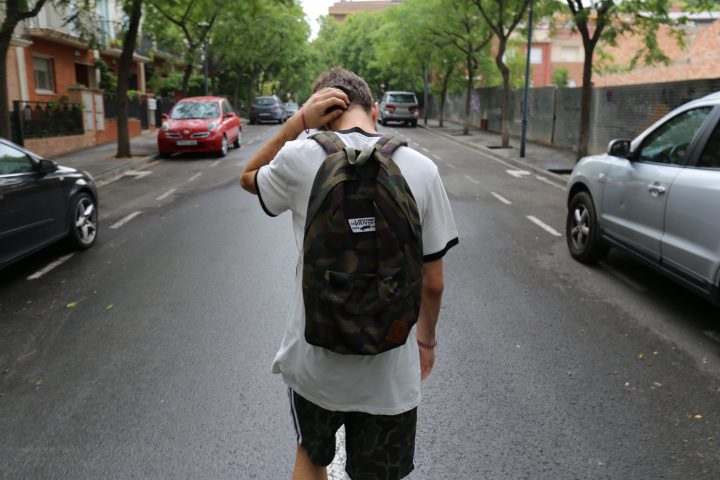 Have you ever felt worthless?

Blunt, I know. But it gets to the point. I think everyone has felt this way at one time or another. I know I have.

Feeling this way can really get to you. It will hang over every single thing you do, an oppressive cloud sending rain and thunder storming into your life. It saps your energy—and your happiness. It makes life… well, worthless.

Let me tell you a story about a guy named Joe.

Joe struggled with depression as a teen. When he graduated from school and moved out, he never did anything worthwhile, because he always thought he wasn’t important enough or good enough that anyone would even take a second look at him. Joe ended up working at McDonald’s until he was forty-five. He’s still working there, at the corner of Mediocre Avenue and Wasted Way, between the Walgreen’s and the Tractor Supply, and he’s beginning to wonder if life might have been better if he had stepped up as a teen and lived like a child of God.

None of us want to end up like Joe, do we? But let me tell you something: if you feel worthless, you act worthless. Then you start acting like Joe.

But let me tell you something better: We’re all broken.

Now you may be thinking, How is that better? If anything, Samuel, that sounds worse. But hear me out.

We’re all broken. Again. I say this to you again, because it’s important. Very important.

You should not feel worthless. You cannot feel worthless if you know the truth. And the truth is that no matter how broken you are, God can and will use you. He uses broken things for his glory. And that is what we are—broken things, tainted by sin and shattered by our own rebellion. We cannot save ourselves—but God can. Click To Tweet

Imagine a piece of pottery that someone took a hammer to. It’s shattered into a bazillion pieces, a bunch of tiny shards that look impossible to fumble back together and will cut you if you touch them.

Now imagine God as a guy that puts them all back together—getting his hands cut in the process. He’s bleeding all over from the sharp pottery shards. But the thing is, he doesn’t care. He thinks piecing the pottery back together is more important than the livelihood of his own fingers.

That is how God feels about each and every one of us. Even you.

He willingly left a place of eternal bliss, where he was literally being worshiped constantly, with angels shouting his glory and honor, and descended down to our dirty, messy, broken earth filled with people like you and me—sinners, rebels, traitors to him. He did this for one reason: to piece together the broken pottery.

Because we can’t do that without cutting our hands.

Jesus suffered worse. Jesus didn’t just cut his hands. He got nails driven into them. He hung in unimaginable agony from two dead trees nailed together for more than twenty-four hours, sentenced to execution for a crime he didn’t commit. Can you imagine a more painful and humiliating death than that? Because I can’t.

Jesus suffered that. He let himself be killed—for us. So we, broken shards of pottery cutting and ripping apart his fingers, could be pieced back together into a whole. So we, the very people that betrayed him in the beginning and even killed him when he came here to save us, could live. He took our sin and died so that we wouldn’t have to. Without Jesus, we would be suffering in eternal torment, burning alive but never dying. Forever. For eternity. Too long for us humans to wrap our minds around.

I’m going to tell you again. You are broken. But you aren’t worthless.

Jesus died for that. Jesus sacrificed himself, hung from a cross to give you worth. Don’t squander it.

We still sin. We aren’t perfect. A Christian isn’t an angel. But the loving God that died for us loves us anyway.

Anyone can change the world. They just have to step up to the challenge.

You have worth. You are broken, but you are free. You are free of the sin that held you. Jesus died to make that happen. Because of his sacrifice, you are alive today.

Don’t be a Joe. Don’t waste your life. Don’t wonder what might have happened if you had taken the challenge.

Jesus is holding out his hand. All you have to do is take it.

The ball is flying toward you. You’re ready to strike—every part of you knows this is what you were born for. No, what God created you for.

You have worth. You have purpose. You have hope. You have light. You are broken. But God loves you anyway, and you can change the world.

So you swing with all you have in you. You pour all your energy into this. And you know what? The ball flies so high, it’s just a speck in the cloudless blue sky. It falls down to earth somewhere far beyond the borders of the ballfield. The crowd goes wild. God smiles.

Because when you do hard things for him, you change the world. But only if you change yourself first. Click To Tweet

is a 15-year-old Christian fantasy author from Washington State, shining the light of Christian values into a dark world through the medium of fantasy fiction. He writes novels (usually stupendously long) about broken characters walking broken roads, discovering God is all they need. He believes in the power of creative storytelling to glorify God. He is an ENFP.