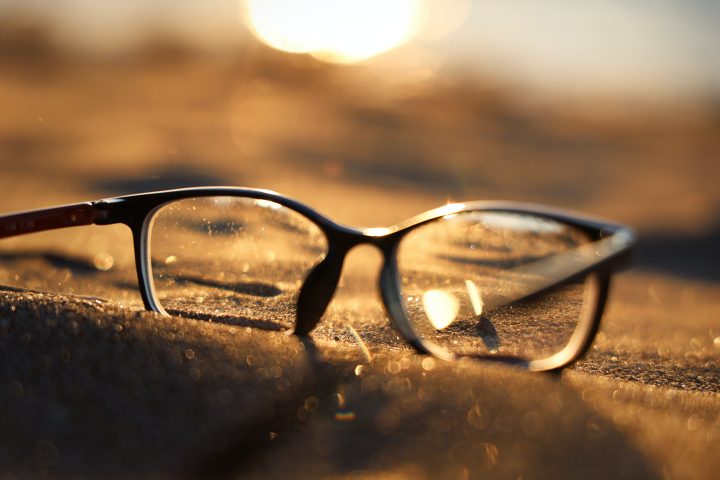 Your friend asks you what color the hibiscus flower in your backyard is, to which you confidently reply “Purple!”

Your friend tries to sympathize with you. “I’m sorry. I wish you could see what I can.”

So one day, your friend gives you a pair of color-blind corrective glasses. You put them on; for the first time in your life, you too can see the vibrant colors of the world around you. That’s what it’s like to apply a biblical worldview to your life.

In their book Telling God’s Story, Dr. Terry Carter and Dr. Preben Vang describe a worldview “as simply a view of the world that answers four critical questions: “Where are we? Who are we? What’s wrong? What’s the remedy?” With each of these questions comes a corresponding answer, either formed subconsciously or thoughtfully, based on one’s view of reality and truth. James Anderson writes, “It’s not a physical view of the world, but rather a philosophical view, an all-encompassing perspective on everything that exists and matters to us.”

Everyone has a worldview, though not everyone shares the same worldview nor defines it the same way. For example, James W. Sire mentions in his book Naming the Elephant: Worldview as a Concept, that postmodernists “are likely to see worldviews as linguistic structures by which we construct our world and come to control on.” On the other hand, naturalists “think of worldviews as self-evident assumptions that allow almost certain knowledge of material reality.”

Ultimately, a biblical worldview is like a pair of color-blind corrective glasses. Without one, we are unable to make sense of our relationship to God and the world. Its foundational truths are the Creation, Fall, Redemption, and Restoration of the world, enabling us to see the world in full color.

We live in a world created by an altogether holy and loving God. Before sin corrupted the world, it was perfect. “In the beginning was the Word, and the Word was with God, and the Word was God. He was in the beginning with God. All things were made through him, and without him was not anything made” (John 1:2). After God created male and female in his image, he declared that everything he made was “very good” (Genesis 1:31). Therefore, we are image-bearers of our holy, loving God, created to worship him forever.

However, something is vastly wrong in the world today. People suffer. Evil and corruption are prevalent. Why? The answer is sin. Romans 8:22 states that “Sin came into the world through one man (Adam), and death through sin, and so death spread to all men because all sinned.” Sin destroyed the perfect world God created. As such, every human has rebelled against God and violated his laws. Sin separates us from God and labels us guilty before him.

The only solution for the guilt of our sin is atonement. So God “shows his love for us in that while we are sinners, Christ died for us” (Romans 5:8). Jesus Christ atoned for our sins on the cross, bridging the chasm between us and God. Now, all who turn from their sin and trust in Christ are made new (2 Corinthians 5:17) and set free from the bondage of sin.

Even still, Creation bears the consequences of sin today, “groaning together in the pains of childbirth” (Romans 5:8). Ultimately, followers of Christ await with hope because Jesus Christ will one day restore all of Creation. He will make a new heaven and earth, where old hostilities will be reconciled, old natures will be changed, and we will once again dwell in perfect harmony with each other and our Creator.

Yet a biblical worldview is not just one option for truth and reality out of a slew of others. Instead, it is the ultimate view of truth and reality, standing apart as beautifully comprehensive, logically sound, and incredibly satisfying.

We need to understand not only what a biblical worldview is, but also how to apply it to our lives.

We need to understand not only what a biblical worldview is, but also how to apply it to our lives. Click To Tweet

Let’s take a look back at the first time I encountered a worldview different from my own. One summer afternoon when I was 11-years-old, my friend lent me a copy of Jeremy Fink and the Meaning of Life. It’s a touching coming-of-age novel about quirky 13 year-old Jeremy Fink and his best friend, Lizzie. Young, restless, and recovering from the loss of Jeremy’s dad, Jeremy and Lizzie set out on a journey to answer their burning question, “What’s the meaning of life?”

Intrigued, I read it, but for reasons I could not articulate then, it didn’t settle right with me. Throughout their journey, Jeremy and Lizzie encounter different worldviews and “big ideas” like the New Age, evolution, liberal Christianity, and dualism. Before Jeremy’s dad passed away, he wrote Jeremy a collection of letters, some of which Jeremy reads in his journey. One of the last letters Jeremey reads says, “The meaning of life is life itself.” In the end, aided by scientists, astronomists, priests, scholars, and other well-meaning adults, Jeremy and Lizzie essentially conclude that “truth” is relative. Though there is some mention of the God of Christianity, he is merely one option out of many rather than “the Way, the Truth, and the Life” (John 14:6).

In So the Next Generation Will Know, Sean McDowell writes, “…because of information overload, Gen Z is exposed to more competing worldviews–and at earlier ages–than any generation in history.” We will encounter a diverse set of worldviews in our culture, just as I did while reading Jeremy Fink and the Meaning of Life.

Whether scrolling through social media or discussing current events with friends, we hear a myriad of perspectives on truth, beauty, reality, and morality every day. So how do we respond to them?

Many Christians, like 11 year-old me, might encounter a different worldview and either ignore it or subconsciously allow it to shape them. Neither response is effective.

A Biblical Worldview in Practice

In other words, whenever we encounter an idea, we ask if and how it relates to the foundational truths of the Creation, Fall, Redemption, and Restoration of the world.

Unfortunately, even as an 11-year-old Christian student, I lacked the color-blind corrective glasses of a biblical worldview. Had I put them on, I could have identified what didn’t settle right with me in Jeremy Fink and the Meaning of Life while still appreciating the parts of the book that I could learn from.

Will you put into practice–not simply a worldview— but a biblical one? Will you choose to see the world in full color?

Check out the Defending Christianity podcast and blog for more resources on worldview, apologetics, and living boldly for Christ in a post-Christian world.