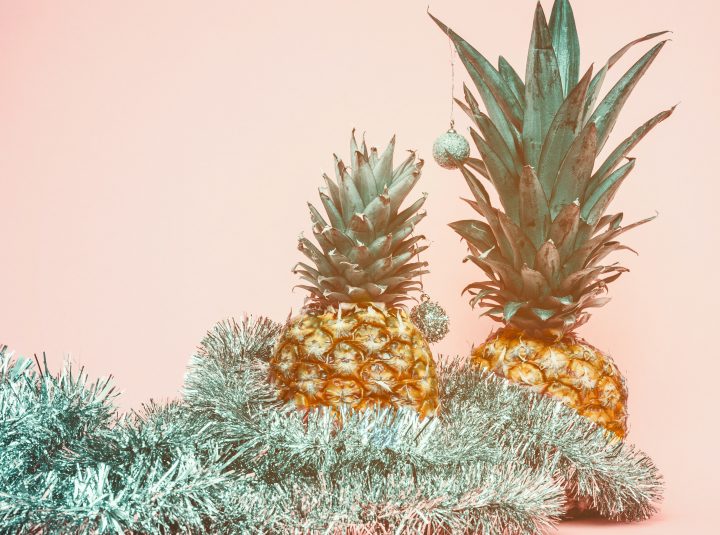 The Christmas message shouldn’t be limited to the holiday season. Every day is an opportunity to worship Christ for becoming Immanuel, “God with us.” So why not take a break from your bustling spring semester that’s coming to a close or whatever things are caught up in your mind?

Let’s pull out a mug of hot chocolate and reflect on the wonderful truth that inspires the Christmas spirit. Whether or not it’s the month of May, this is a hope that melts the frost threatening to take over our faiths.

Since then we have a great high priest who has passed through the heavens, Jesus, the Son of God, let us hold fast our confession. For we do not have a high priest who is unable to sympathize with our weaknesses, but one who in every respect has been tempted as we are, yet without sin. Let us then with confidence draw near to the throne of grace, that we may receive mercy and find grace to help in time of need. (Hebrews 4:14-16)

A virgin gave birth to a baby who would be called Son of God and Son of Man. He would be fully God and fully man at the same time, a holy priest who could both sympathize with our weaknesses and reconcile us with the Creator against whom we have sinned. One who has been tempted in every way we have, yet has never sinned.

After he had been tortured and slaughtered, his heart stopped beating—and God experienced death. His body lay cold in a grave for three days.

Then he rose again, defeating every force of evil that has plagued the earth since the fall of mankind. He still bears the scars of the nails that pinned him to the cross. But he offers us forgiveness. He has the power to grant us mercy and grace, and gives us the power to give grace and mercy to others.

“Glory to the newborn King!

Peace on earth and mercy mild,

There is so much truth packed in these lines. But when it comes to God’s “mercy mild,” I disagree. If God’s mercy were barbeque sauce, it wouldn’t be the mild stuff—it would be the extra spicy edition that kicks you hard and leaves its taste in your mouth for hours.

You know why you have this feeling? It’s because you were created by a holy God for something more than apathy.

Who shall separate us from the love of Christ? Shall tribulation, or distress, or persecution, or famine, or nakedness, or danger, or sword? … No, in all these things we are more than conquerors through him who loved us. For I am sure that neither death nor life … nor anything else in all creation, will be able to separate us from the love of God in Christ Jesus our Lord. (Romans 8:35-39)

We were created to be conquerors, spreading the Kingdom of God here on earth until we are called to eternal life in the kingdom of Heaven. But we are more than conquerors. We are loved.

And we are granted an anything-but-mild mercy that drives us to live like we’re loved. A mercy that leaves a taste in our mouths, that shows us how to love the people who have sinned against us. We love them and show them forgiveness because they were made for something more too. And we want them to taste the same spicy hot mercy we’ve been granted.

Truth for All Seasons of the Year

The Bible wasn’t slapped together by some pranksters in the 1800’s who went about planting fake evidence. Christ wasn’t some mass hallucination the apostles had that they believed so fiercely they allowed themselves to be persecuted and killed. There is so much proof backing up the Christian worldview that can’t be ignored.

God’s Word is the truth. It’s the origin story of the world and sin and why we have morals too. The Big Bang didn’t just happen to make all these things evolve into existence.

Look around you. The world was made by an intelligent Creator.

The truth about Christmas isn’t something just for December, just as the truth about Christ’s resurrection on Easter Sunday isn’t just for March or April. I challenge you to let the Christmas spirit sink deeper than a yearly devotional or even a cup of eggnog. This is a truth that transforms how we take on every day of our lives.

God sent his son to become flesh so you could have fellowship with him. So that you could accept the truth and have eternal life. He grants you this beautiful mercy in spite of all the ways you’ve messed up in the past.

Never let the truth of that mercy fade.

is a homeschooled high schooler with a love for words. Besides writing, you can often catch her doodling or reading. She is also the proud big sister of ten (and counting!). You can keep up with her at Eliana The Writer, on Instagram, or by joining her newsletter .