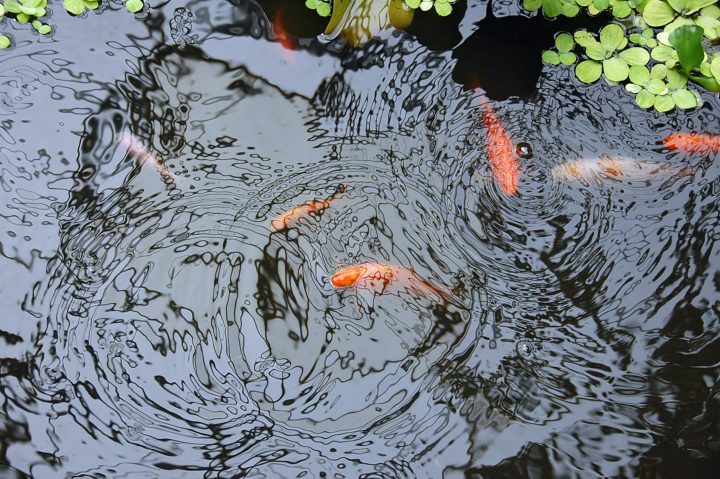 The origin of the first living cell is one of the great mysteries of science. Charles Darwin theorized that the first life arose spontaneously in a warm little pond—and this idea seemed somewhat plausible as long as scientists believed a cell was a simple, jelly-filled blob. Today, however, we know that every cell is a miniature factory filled with organelles and protein machinery, all constructed according to the blueprint found in the cell’s DNA. Darwin’s conception of the cell as a jelly-filled blob could hardly have been farther from the truth—and his “warm little pond” theory is no longer an adequate explanation for the complexity we find in even the simplest of cells.

Because DNA carries the master blueprint of the cell, any explanation of how life began must explain the origin of DNA. DNA code functions exactly like a language. In any language, meaning is somehow linked to random combinations of sounds or symbols. In DNA, four different molecular bases act as “letters” which can be arranged into “words” to convey a message. Specific sequences of bases convey specific messages to the cell, providing the cell with the instructions needed both for building cellular parts and for performing the functions necessary for life.

The language found in a cell’s DNA could have arisen from only three possible sources: chance, natural law, or a designer.

Could DNA have arisen by chance?

Scientists have used computer analysis to determine the probability of billions of DNA bases spontaneously assembling in the correct order, and they have concluded that “the probability that life arose by chance processes is essentially zero, no matter how much time is allotted.” Just as drawing Scrabble letters randomly from a bag will not spontaneously produce A Tale of Two Cities, connecting random bases into a long chain of DNA will not produce the exact DNA sequences necessary for life.

But even if a DNA molecule could somehow miraculously self-assemble in just the right way, the theory that DNA arose by chance fails for another reason: it deals only with the medium of the DNA language, but does not address the origin of the language itself. As we mentioned earlier, language supersedes its medium. The letters that compose a Dickens novel only mean something because the English language exists outside the book—and both Dickens and his readers know that language. On the cellular level, a cell functions only because the ribosomes in the cell can decipher the meaning in the DNA code and use that information to make the proteins needed by the cell. The theory that DNA evolved by chance does not even address the question of where cellular language actually originated.

Could DNA have arisen by natural law?

Recognizing that DNA could not have arisen by chance, many materialist scientists have instead turned to natural law to explain the origin of the DNA code. These scientists theorize that DNA could have self-organized in the same way that snowflakes or crystals do.

Natural law fails to explain the kind of complexity found in DNA, however. The self-organization in crystals and snowflakes is based on a repeating pattern. In contrast, the information-bearing property of DNA depends on the fact that its patterns are not simple repetitions. Nancy Pearcey and Charles Thaxton explain, “If the forces that shape DNA were the same as the forces that shape a crystal, then DNA would consist of a single or at most a few patterns repeating over and over…and it would be incapable of storing and transmitting information.” Thus natural law also fails as an explanation for the information in DNA.

Could DNA have been designed by an intelligent agent?

The third possibility for the origin of cellular language is that it was designed. As humans we innately recognize the link between language and an intelligent agent. No one walking the beach who sees Charles loves Ann scratched into the sand will suppose that the message is a product merely of the wind and the waves; rather, we readily recognize that an intelligent being is behind the message. Because DNA is so much like human language, intelligent design theorists argue that “it is reasonable to conclude…that the DNA code originated from a cause similar in relevant aspects to human intelligence.”

Of course, materialists reject outright the idea that an intelligent designer could be the source of the DNA language. Since materialism is a philosophy that cannot itself be proven scientifically, however, there is no inherent reason that scientists should privilege materialism instead of simply following the evidence wherever it leads. In fact, we find that the case for intelligent design can be built on the very principle which materialists use in their theories about origins: the principle of uniformity. This principle argues that the present is the key to the past and that “similar events warrant the assumption of similar causes.”

In our experience, language always originates from an intelligent agent, and thus we have a rational basis for surmising that DNA could not have randomly arisen in a warm little pond—but that it was instead carefully designed.

What does all this have to do with me?

When we as Christians make the claim that God created the world, we are often met with polite (or not so polite) derision and told not to confuse religion with science. The question of the origin of life, and specifically of the origin of the cellular language of DNA, provides us with excellent opportunity to demonstrate that the Bible’s claims are not anti-science—and that an honest appraisal of the evidence actually aligns with the Christian faith. As Christians, it’s important that we’re well-versed in these topics so we can effectively dialogue and defend our beliefs. Don’t settle for simply knowing what you believe—dig into the hard work of understanding why.

is a teacher and perennial scholar; she is currently teaching elementary students in a small private school in Honey Brook, Pennsylvania, and studying apologetics online through Houston Baptist University. She enjoys stimulating discussions about all things theological or political and is constantly on the lookout for epic books to add to her collection.