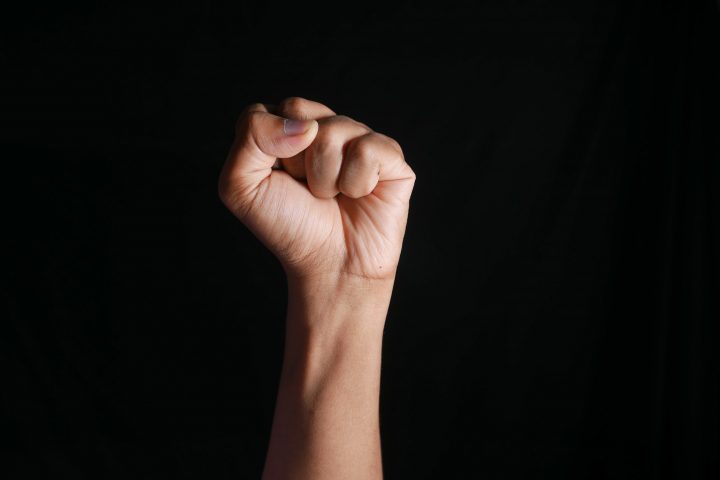 The knight stands, trying not to tremble. Sweat trickles down his back and drips from his hair. He’s breathing hard, his feet planted firmly on the ground. His sword and shield are raised, ready for another attack. But the attack never comes. He peers over the lip of his shield; no fire blasts his face, no claws reach out for his already bleeding body. The dragon lays still upon the ground.

What do you suppose happens next? How do you suppose the knight reacts? What if I told you he remained behind his shield, he left his sword raised, and still feared the dragon. What if I said he forever looked over his shoulder fearing the beast was there. What would you say? I’m sure you would be disappointed. Where is the victory?

You might not think of David as one who struggled with mental illness, but it’s evident that he probably suffered from depression, and even anxiety through what he wrote in the Psalms.

Psalm 13:1-3 reads, “O Lord, how long will you forget me? Forever? How long will you look the other way? How long will I struggle with anguish in my soul, with sorrow in my heart every day?… Turn and answer me, O Lord my God! Restore the sparkle to my eyes or I will die.”

David faced a dragon. We may not know exactly what it was but we can see that it was fearsome indeed. David. King David. The David who slew a giant warrior with only a sling and a stone when he was just a boy. The David who became a great general when he was still a young man. The David who became the greatest king Israel would ever see. How could David do such great things if he was continually plagued by a dragon? Perhaps the answer is simpler than you think. Psalm 118:5 says, “In my distress I prayed to the Lord, and the Lord answered me and set me free.”

Have you ever cried out in distress to the Lord? Perhaps while panic grips you late at night, or you hear sirens in the distance, or as your feet are frozen and you’re unable to take a step forward. Have you cried, “God help me! I just wish you would take this away! I wish you would give me a miracle!”

I know I have. Too many times to count. Silent pleas and screaming pleas. Begging as tremors take hold of my body as I lay glued to my bed, or as bile rises in my throat as I lay crying against the cold slick surface of the toilet.

Some of us may never get that prayer answered in the way we hope. Some of us may wake up every day to face the same dragons we have been facing. God may see fit that some of us are better blessed and bring him more glory just the way we are; our raw material broken and imperfect. Just like Paul.

Paul wrote in 2 Corinthians 12:8-12 about something he begged God to take from him. Three different times he ask, and each time God gave him the same answer: “My grace is all you need. My power works best in weakness.” Paul learned to embrace that weakness, because he knew that God would use it for his glory. God can use our weakness, even our mental illnesses, too. For when we’re weak, then we’re strong. Click To Tweet

But what if some of us get the miracle we prayed so desperately for? What if our dragon is slain and we continue to live in fear of it? What if God sets us free through a medication, therapy, or perhaps a good old-fashioned miracle?

Romans 8: 14-15 says, “For all who are led by the Spirit of God are children of God. So you have not received a spirit that makes you fearful slaves. Instead, you received God’s Spirit when he adopted you as his own children. Now we call him, ‘Abba, Father.’” Similarly, Paul writes in Galatians 5:1, “So Christ has truly set us free. Now make sure that you stay free, and don’t get tied up again in slavery to the law.”

These passages don’t just apply to salvation and freedom from sin, but everything Christ sets you free from. Why would you scorn such a gift by not embracing it, by leaving it wrapped on your bed? Why stand trembling and holding up a shield before a dragon cold dead, by letting the dragon control you from the grave?

The dragon’s ghost is powerless on it’s own. In fact, it cannot exist without you. You alone allow it to haunt. Your fear of something dead is the ghost.

The bravest thing a knight can do is approach the dragon’s body to check for signs of life, but if he never does he will always live in fear of that dragon.

What should I do if I begged God to remove my panic that surrounds nighttime, the dark, and being alone and God granted me that miracle? What if I didn’t approach any of them so I didn’t know what he had done for me, let alone give praise for such a gift? I would be letting my dragon’s ghost control me.

There is risk of course. There is always risk in brave acts. The dragon could merely be wounded, and another battle may be needed to kill it dead. A final death blow. You or I may suffer, or we may find that we’re free and victorious over our foes because of our King.

Don’t let dragons control you from the grave. Dead dragons aren’t to be feared.

Editor’s Note: Be sure to check out Abbi’s previous article, My Brave Isn’t Your Brave.