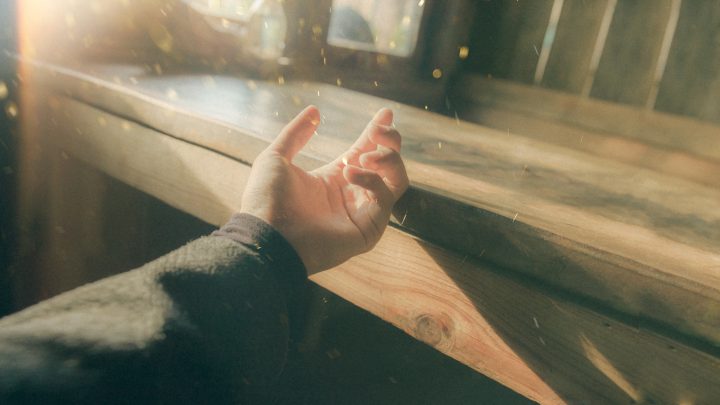 Unqualified. Too broken. Not enough. You may describe yourself this way, and the world may describe you this way too. You aren’t smart enough, strong enough, brave enough. Your mind is too broken, your heart is too worn, your body is too weak. The world may use any of these messages to tell you that you’re disqualified, and you might believe them. But what if these very things didn’t disqualify you but qualified you?

Many years ago, the apostle Paul wrote to the church in Corinth and presented them with this reminder that is still needed by us today:

“Remember, dear brothers and sisters, that few of you were wise in the world’s eyes or powerful or wealthy when God called you. Instead, God chose things the world considers foolish in order to shame those who think they are wise. And he chose things that are powerless to shame those who are powerful. God chose things despised by the world, things counted as nothing at all, and used them to bring to nothing what the world considers important. As a result, no one can ever boast in the presence of God” (1 Corinthians 1:26-29).

I used to think I was disqualified. I was too broken, too young, too fearful, too insecure to do anything meaningful for God or those around me. But I’m not. God is beginning to show me that those very things aren’t curses, but blessing in disguise.

Laura Story touches this topic in her song “Blessings”:

“What if my greatest disappointments
Or the aching of this life
Is the revealing of a greater thirst this world can’t satisfy
What if trials of this life
The rain, the storms, the hardest nights
Are your mercies in disguise”

God can use our weaknesses to reveal our strengths, his power, and how much others care about us. He can use them to reveal the broken state of our world, our great need for redemption, and that this isn’t the place we truly belong. God uses our weaknesses to shape us. The gardener must prune the rose bush for it to bloom.

Glow In The Dark

The idea that cracks and wounds are places where the light can get in or shine forth is not a new idea. Ernest Hemingway said, “We are all broken… that’s how the light gets in,” and even my favorite musician Jason Gray said, “Don’t be ashamed of your past. If you’re shattered like a piece of glass, the more broke you are, the more the light gets through.”

In Romans 9, Paul compares God to a potter who makes—from the same clay—different pots for different uses. Some uses may seem less glorious than others, some pots may even seem defected, but God is a potter who doesn’t make mistakes. It’s not a defect for a glowstick to break…they were made to break so they could glow. Why does God make us this way? Paul explains in verses 23 and 24: “He does this to make the riches of his glory shine even brighter on those to whom he shows mercy, who were prepared in advance for glory. And we are among those whom he selected, both from the Jews and from the Gentiles.”

God made us and chose us to shatter and shine his glory.

Psalm 139 says that you’re fearfully and wonderfully made by God. God doesn’t make mistakes. He made you just the way you are for a reason, weaknesses and all. You may despise them, try to hide them, do everything you can be rid of them. Or you can embrace them, hand them over to God, and watch him use them.

Jason Gray says this in his song “Bring It All”:

“Just because you wouldn’t choose it
Doesn’t mean He wouldn’t use it
Some things are better when they’re broken
You’ll never know until you bring it all.”

The world might see you as foolish, inexperienced, and too young, or broken, despised, and powerless. But God sees you as someone who has something incredible inside them waiting to be set free. A glowstick who has been broken enough to glow if only they would stop hiding under the blankets. Your disability, anxiety, depression, fears, scars—whatever you see as weights that hold you down and disqualify you from being chosen by God—are turned into wings. God watches you proudly as you soar.