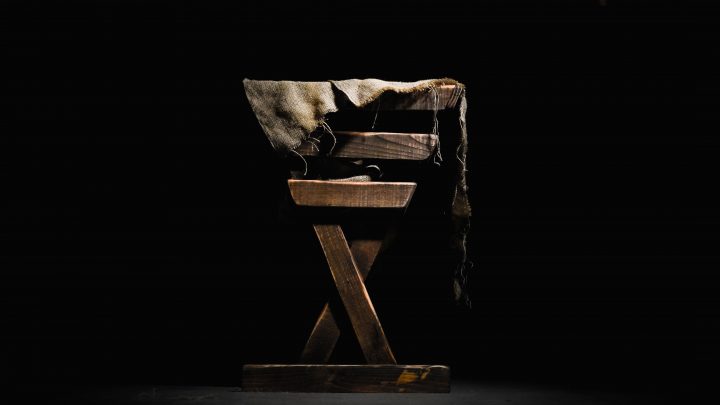 Last Christmas, I had a moment of real exasperation. I mean, yes, I could see where people were coming from. After all, I’ve heard the Christmas story countless times. So often that I keep thinking I should finally memorize Luke 2. Since I’ve heard it so often, memorizing that passage should be a piece of cake.

But even though I’ve listened to it, read it – yes, even acted it out – a total of at least a hundred times, and therefore could partly understand where they were coming from, it didn’t change the fact that I was extremely exasperated by that story about a star. More specifically, about the Christmas story from the perspective of the star.

I’ve heard the Christmas story from the perspective of the donkey, the angel, the shepherd, the sheep, even the manger. So, I don’t know why it was the star that was the breaking point. But it was. All I wanted at that moment was to hear the version from Luke. The real one.

Thinking About the Why

The more I thought about it, the more I realized that these “new takes” on the Christmas story lack something. They lack the harshness of that night. In eliminating the raw reality, they dilute the significance of Christmas.

That night so many years ago was nothing close to perfect from a human perspective.

A town bursting with people. You can imagine the sounds, the smells, the arguments, and everything else that masses of people in cramped quarters bring.

A teen mother giving birth in a stable. She, about to go into labor. He, frantically trying to find a place for them to stay. A stable: their home for the night, between the straw and the animals. Two people making sacrifices out of obedience to their God.

A group of shepherds outside in the biting cold. Strong, tough men, who were busy protecting their sheep. They were probably not singing around the fire, each cradling a lamb in their arms.

We’re talking about a rough night here. Not a picture-perfect one.

The Beauty of It All

And then, into all that brutal normality and normal brutality of life, the skies broke open with angels, more than man could count, all speaking the message: “Glory to God in the highest, and on earth peace among those with whom He is pleased!” (Luke 2:14, ESV)

That first Christmas was one of huge contrasts. We have broken people in this broken world, and we have God’s praises filling the skies. It’s beauty in the brokenness.

And it’s the brokenness that makes the beautiful stand out even more so. It’s what makes Christmas so valuable.

Please Give Me the Real Christmas Story

Jesus didn’t come into a picture-perfect world. He came into the world we both live in. The one that is broken. And hurting. The one that is filled with people who each carry their own troubles and worries.

So please. Between the sparkling lights and shiny Christmas trees, please just give me the real Christmas story. The one about real, broken people.

That first Christmas was very different to the one I will be experiencing again this year, and yet deep down it is the same. Because those heavy-laden people 2,000 years ago are people like you and me.

It’s broken people that need Jesus. And that’s the story I want. The real one. The one that shows the desperate need for a Joy-Bringer, a Healer, a Comforter, and most importantly, a Savior. Click To Tweet

It’s broken people that need Jesus. And that’s the story I want. The real one. The one that shows the desperate need for a Joy-Bringer, a Healer, a Comforter, and most importantly, a Savior.

The one that shows the need for Jesus and makes me fall to my knees saying, “Thanks be to God for His inexpressible gift!” (2 Corinthians 9:15, ESV)