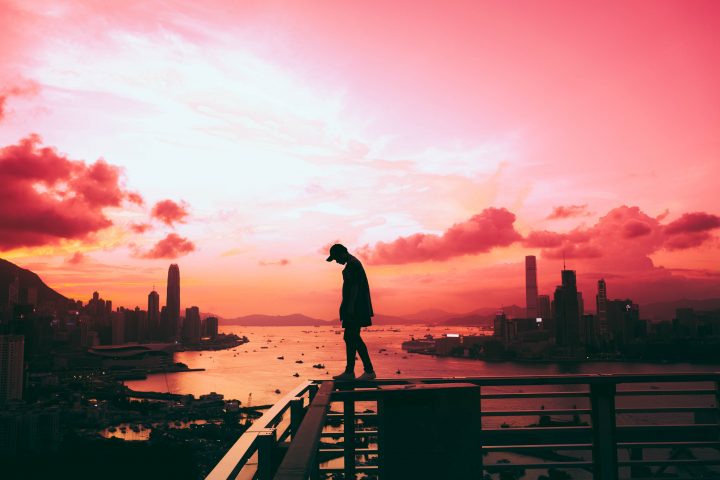 You sit surrounded by people, yet you feel alone. Each person talks to someone else. Each one seems to feel completely at home with those around them. You get a few glances, maybe even a few smiles, but there’s no doubting you feel like an outsider. You feel small. You feel invisible.

Even if you’re conversing with someone, perhaps one you may even call a friend, you wonder if they’re really listening, or if they really care about what you’re saying. They may see you, but you still feel small. Like the only thing they see is your shadow.

Do I matter?  You wonder. Do I belong?

You long for someone to listen to your struggles, hold you, cry with you when you can’t take the pain. Someone to celebrate your victories, and laugh with till only happy tears remain. It's okay. It’s healthy. It’s human. Click To Tweet

Each one of us longs to matter to people, to be wanted, to be thought of, to be missed. I’ve longed for such things all my life, yet for most of my life they’ve eluded me. Even as a child, there were few people I felt safe to be myself around, and the fact smothered me.

After I lost those people, the tireless search began. And the question that subconsciously consumed my mind was, “Where do I belong?”

To Whom Do I Belong?

It took a few years of loneliness and tears, but I finally realized I was asking the wrong question. The question our hearts whisper isn’t, “Where do I belong?” but, “To whom do I belong?” I never asked this question aloud until I found the answer. That’s often how it works with struggles of this kind.

Romans 8:14-17 says: “For all who are led by the Spirit of God are sons of God. For you did not receive the spirit of slavery to fall back into fear, but you have received the Spirit of adoption as sons, by whom we cry, “Abba! Father!” The Spirit himself bears witness with our spirit that we are children of God, and if children, then heirs—heirs of God and fellow heirs with Christ, provided we suffer with Him in order that we may also be glorified with Him.”

You are a child of God, and you belong to your Father. The fact that the search for belonging always turned up empty struck fear in my heart, but that fear could be crushed in an instant if only I realized I belonged to Someone.

For King and Country wrote a song a while back entitled, You Matter. When I first heard it, I was coming out of a time of great loneliness. As the words sunk into my heart, I thought, “These are the words that describe what I’ve felt, what I’ve discovered.” I want to share those words with you:

“All of the dreams that haven’t come true, and all of the hurt that happened to you, It matters, I hope you know it matters. You felt the pain of a bitter defeat, Where the weight of the grief is more bitter than sweet. It matters, I’m telling you it matters. To the One who spoke and set the sun ablaze. To the One who stopped the storm and walked the waves. To the One who took the tree so He could save, you matter, I hope you know you matter. I know it’s not easy, not saying it’s fair, but close as a prayer Somebody cares. You’re a treasure, I hope you know you’re treasured. So hold your head high, wait for the dawn. Keep hanging on, your sadness will turn into laughter, watch it turn into laughter.”

Your Father cares for every tear you cry and every trial you face. It’s hard to feel the weight of this truth because it’s one we’ve heard many times. But I want you to look at it like it’s your first time. You belong to the One who set fire to the sun using only His voice. You matter to the One who can command mighty storms and stroll over hurricane waves. You matter to Him so much that He willingly gave up His immortality and allowed Himself to be killed in the most excruciating way so that you could belong.

Your Father cares for every tear you cry and every trial you face. You matter to Him so much that He willingly gave up His immortality and allowed Himself to be killed in the most excruciating way so that you could belong. Click To Tweet

Not only do we belong to Him, but we belong with Him. Christ says in John 14 verses one through three that He has prepared a special place for each of us in the Father’s house. When the time comes, He will return to take us into Himself, so we may be where He is forever, because that is where we truly belong.

No amount of travel, wandering, or drifting will help you find where you belong. Because where you belong can’t be found here on this earth and as long as you look for it here you will always feel lost and lonely. True belonging is found with the Person you belong to.

Let the truth sink in: you belong to and matter to the strongest, most loving, most understanding, kindest, most just, creative, and comical person to ever exist. Once you really know that, what other people think of you starts to matter a little bit less.

I say starts because it’s a journey. You won’t wake up one day and suddenly never be lonely again because Jesus loves you and that’s all you need. We are relational creatures, God made us that way. But the first step to defeating loneliness is remembering you are never alone, because without that truth all the earthly friendships in the world won’t make you feel like you belong.

As a Christian, this world isn’t our home. I don’t think it’s possible for us to feel like we truly belong here, because we don’t. You’ve heard it said, “Home is where the heart is,” and our hearts were bought by the blood of Christ. Where He is, is where we belong.

You’ve heard it said, “Home is where the heart is,” and our hearts were bought by the blood of Christ. Where He is, is where we belong. Click To Tweet

We matter to Him. We are never alone.