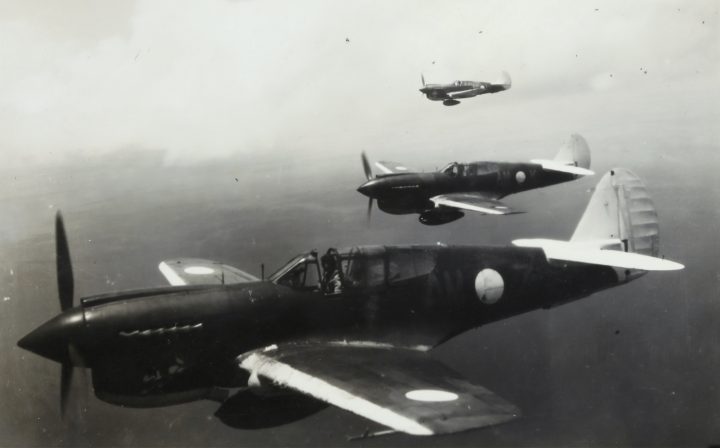 “I’m not right for the job. All I know about being a secret agent or trying to outsmart the Gestapo is what I’ve seen in the movies. But if you can’t find anyone else, I’ll go.”

These were the words of Varian Fry, a courageous American man who lived during World War II.  Along with a team of several men and women, he saved the lives of between 2,000-3,000 people facing certain death at the hands of the Nazis.

In June of 1940, Germany conquered France and signed an armistice with them. Article 19 of this armistice stated that France must hand over any non-French person to the Germans if they were asked to. The problem was that thousands of refugees from other European countries had fled to France when their own homes became unsafe. They’d thought France would be a safe haven, but now it was more dangerous than ever.

High-profile targets resided in France, from Jews to political enemies of the Nazis. And there was no doubt that the Nazis would take full advantage of Article 19, capturing all their “enemies” as quickly as possible and sending them to death camps. Many of these people were simply prominent artists who had criticized the Nazis through their chosen art form. But the Nazis wanted them dead and would quickly sweep through France hunting for them.

Then Varian stepped onto the scene.

A group of concerned citizens in New York realized the great danger many were facing in France and decided to take action. They formed the Emergency Rescue Committee to smuggle those hunted by the Nazis out of France before they were captured.

Their only problem? They didn’t have an agent to send to France to run the rescue operation. So Varian volunteered to go, assuring the committee that he had no experience, but he was willing. In his autobiography, Varian records that the committee only searched harder for someone else after he volunteered himself. Varian was not their first choice. But it soon became evident that he was the only one willing to go.

So with the names of over two hundred people to rescue, they sent him off. He traveled alone to Marseilles, France. But Varian didn’t stop with those two hundred people. For him, that was only the beginning. In the months to come, he helped save thousands of people from certain death from the Nazis. All because he was simply willing to go.

A pretty impressive performance from a man whose prior knowledge of defying the Nazis only came from watching movies, isn’t it?

God Will Always Put People in Your Path to Help

Something that struck me in Varian’s story is that he quickly met people who were able to help him in his quest.

Upon arriving in France, he connected with another American rescuing political enemies who was eager to show Varian the ropes. As Varian started connecting with refugees, he was soon swamped with the number of people wanting his help to escape France, he worked from eight in the morning until twelve at night. That’s when he started meeting people in France more skilled who could help with assisting the refugees.

God never abandons us. As we trust God and move forward, He will send people our way who can help us and support us, just as He did for Varian.

The fear of the unknown is often more terrible than the fear of a physical threat in front of us. I drive around every day and rarely even think about car accidents (although these are a real threat), but I spend hours and days worrying about my future and the decisions I must make (fear of the unknown).

But the awesome thing is — God meets us in the great unknown as we step out in faith and trust Him!

God typically chooses people who are not skilled for the job He has called them to complete. Click To Tweet

God typically chooses people who are not skilled for the job He has called them to complete. Moses, God’s leader and top spokesperson to face Pharaoh, had a strong stutter and doubted his own ability to lead the Israelites. God called Gideon, the least of his tribe and the least of his family, to lead an Israelite army of three-hundred men against an enemy army of 135,000 men. Throughout the story, it’s pretty obvious that Gideon is a coward — God constantly has to remind him that He is with him and that He is his source of courage. But finally, Gideon conquers through God’s strength.

When we are weak, God makes us strong. He equips us for what He has called us to do, and He also sends people our way who can help us. Paul wrote in 2 Corinthians 12:10, “Therefore I take pleasure in infirmities, in reproaches, in needs, in persecutions, in distresses, for Christ’s sake. For when I am weak, then I am strong.”

When you are at your weakest, God is strong on your behalf because of His great love for you. God enables you to be more than a conqueror even when you feel beaten down and clueless (Romans 8:37). Don’t be afraid to step out, even when you have no idea what you are doing! You will find, like Varian Fry, that the strength, wisdom, and support you need appear when you do the right thing, even when you feel clueless and out of your element!

is a graduate from Grand Canyon University’s Honors College. She now works at a private Christian elementary school as a teaching assistant. Her continued affection for VeggieTales silly songs and random historical knowledge reveals that she is definitely a homeschool graduate. Nothing makes her happier than catching up with good friends and hanging out with her family. She is passionate about growing in her faith in Jesus and helping nonprofit organizations such as Compassion International and Feed My Starving Children. You can find her blogging at Living Blessed With Less.