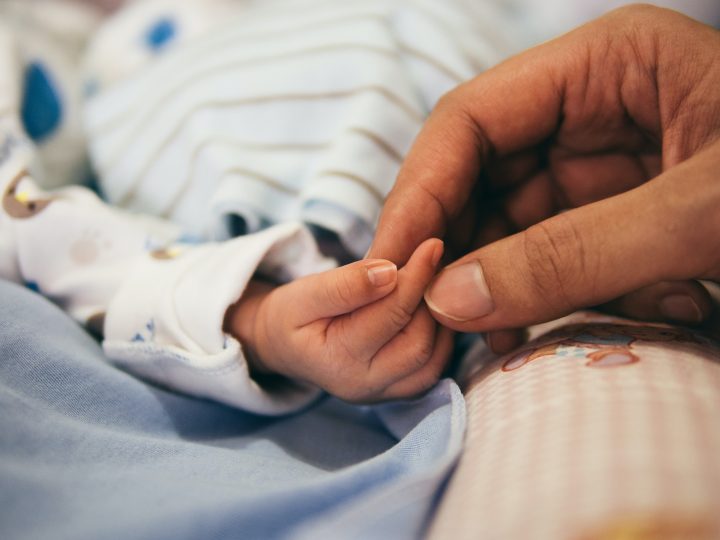 Forty-nine years ago, when Roe became law, my grandparents were the same age I am today. In one generation, we’ve witnessed the beginning and end of Roe.

Within the span of that generation, millions of lives have been lost, countless battles fought, and now the casket containing Roe v. Wade has been nailed shut. Abortion is no longer the law of the land and an unconstitutional ruling of forty-nine years has been overturned. Gen Z and our younger siblings, Gen Alpha, are now officially a post-Roe generation.

Looking back over the past forty-nine years, it’s clear that the seeds of this victory were planted with our grandparents generation. They were the first to fight for life in a nation that declared an unborn baby bereft of human rights. They were the first to dream of the day when this law would be overturned. And the actions they took for the cause of that dream paved the path for today’s frontline fighters who made it a reality.

While the end of Roe is a tremendous step in the right direction, the work is far from over. Abortion advocates will put up a fight we can only begin to comprehend. Planned Parenthood and other abortion providers will not allow the bread and butter of their living to be stripped away easily or what they consider fundamental women’s “rights” to be terminated. There is still work to be done on a legislative, local, and personal level.

Forty-nine years from now, what stance will society take on abortion? The answer to that question largely depends on Gen Z and how seriously we take this responsibility we’ve inherited. Click To Tweet

Which makes me ask: forty-nine years from now, what stance will society take on abortion and what strides will we have made in impacting hearts and minds toward the reality of an unborn child’s right to life? The answer to that question largely depends on Gen Z and how seriously we take this responsibility we’ve inherited. The decisions we make and the actions we take today and in the days and years to come will impact the landscape of the world one generation from now and pave the path for tomorrow’s frontline fighters to achieve greater victories than what we witnessed on June 24, 2022.

Fight on a state and local level

The overruling of Roe v. Wade essentially placed the authority to pass laws on abortion back into the hands of each state. This makes our state and local legislation of pivotal importance. An estimated 26 states are expected to have total or partial bans on abortion, but those bans must still be upheld by the courts. That also leaves over two dozen states that will continue to have access to abortion.

Some states have proposed adding a life amendment to their state constitution which would clearly define the meaning of the word “person,” thus allowing the unborn the protective rights outlined in the constitution. By including the unborn in a state constitution, it would make it impossible for pro-abortion laws to be passed in that state or pro-life laws to be overruled. Yet without the safeguard of such amendments in a state constitution, abortion bans are only as safe as the state legislation that will uphold them. In other words, in the political arena, the pro-life vs. pro-choice fight has simply narrowed to individual states. The next few months are of critical importance as we see the decisions each state will make, but even years later, remaining vigilantly pro-life on the political front in our local and statewide levels is vital. Voting pro-life, supporting and campaigning for pro-life individuals and dismantling pro-abortion laws will continue to be of upmost importance. But thankfully, we, the people, will have more of a say.

The natural outcome of fewer abortions is more pregnancies brought to term. Lives will be saved and we celebrate that. But it also means we must step up and provide greater support to crisis pregnancy centers and other organizations that provide help for women facing unplanned pregnancies. Many of these organizations will be targeted with extreme violence, not only in the immediate aftermath of the death of Roe, but with more frequency in the years to come. To provide the care more women will now be seeking, they’ll also require greater financial support and volunteers. The need for adoption and foster care will also increase, which is the pro-life community’s time to show the world that our care and concern for babies does not end at their birth, but in fact, is just beginning.

Know and communicate the pro-life argument

Gen Z’s voice has a powerful impact. Our ability to stand upon truth and clearly communicate the pro-life argument can influence the abortion stance of generations to come. We must be prepared and equipped to defend the sanctity of life—from our church pulpits, to our college campuses, to our social media outlets, to our daily conversations and interactions. Now is not the time to sit back in silence, but to speak out and declare not only that Roe was unconstitutional, but that abortion is among the most atrocious and unthinkable of crimes. We must know how to articulate our pro-life position with clarity and do so boldly, even if our stance results in pushback.

The battle of abortion goes beyond the courtroom and into the hearts and minds of every individual. The overriding law of Roe is gone, but the worldview of Roe remains. Our next job is to see this worldview annihilated. Click To Tweet

The battle of abortion goes beyond the courtroom and into the hearts and minds of every individual. That is where the war is waged and won. The overriding law of Roe is gone, but the worldview of Roe remains. Our next job is to see this worldview annihilated. In many ways, this mountain is larger than seeing the law overturned and it’s one that we cannot scale by relying upon ourselves, our laws, or our arguments, but only upon God who changes hearts and minds and who defines the sanctity of every life.

S0 yes, today we celebrate the end of Roe. But tomorrow, we work and we pray, so forty-nine years from now, the next generation can celebrate victories yet to come, and mostly, celebrate the countless lives that have been, and will be, saved as a result of the work of generations past.

By Sara Barratt 5 months ago
2 comments