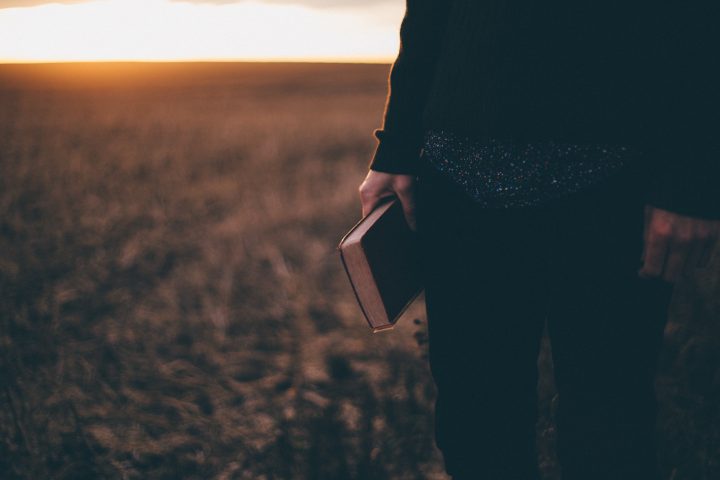 Let that sobering number sink in for a minute.

If we take our Christianity seriously, and if we really care about the next generation and the spread of the Gospel, then we must ask some hard questions:

How does this happen?

Am I part of the 6%? Maybe, but statistically, probably not.

How can I know? And how can this be fixed?

There appear to be at least two primary problems with American Christianity:

1) Most Christians have no idea what makes up a biblical worldview.

2) Most Christians are so inundated with secular culture that their worldview is shaped more by it than what the Bible says.

This is a bad combination, for the most important ingredient of a biblical worldview is not only missing, but it has also been replaced by something closer to its opposite. Because Christians have so absorbed the secular worldview without realizing it, they will often assume that their beliefs are biblical when they are not.

Christians have so absorbed the secular worldview without realizing it, they will often assume that their beliefs are biblical when they are not. Click To Tweet

For example, many Christians have bought into the belief that moral truth is relative, that a person can do whatever they want if they are not hurting anyone else. They will often support this notion by declaring that Jesus taught that we should not judge others. Consequently, this means people are free to be whoever they want to be. They are autonomous.

This may or may not be you, but you probably know Christians who think along these lines.

The fact is, it is not hard to get to this place when you’re consuming large amounts of culture through Facebook, Instagram, YouTube, Netflix, news media, podcasts…everything but your Bible. Add to this the fact that parents, other adults, and peers are often doing the same thing, and it’s all the easier to follow suit.

Most Christians today, knowingly or not, have inherited the idea that their faith is mainly something they do on Sundays. Their faith is primarily a belief system that answers the big questions such as, how did I get here? and why am I here? and where do I go when I die?

For too many Christians, it’s this last question that is the essential motivating factor for their faith. That is, faith is merely the means to ensure their entrance into heaven, or better said, their escape from hell. While salvation includes this, it should not be the primary motive for being a Christian. The primary motivation for our faith should be to love and serve the King who died on our behalf to reconcile us to Himself.

The reason so many Christians have a self-focused view of faith is because they and their church community have been influenced more by secular culture than by Scripture. America is an individualistic, consumer-driven culture, and for most people, Christianity has become just another thing we consume for our own benefit.

Love and gratitude for what Jesus has done for us should drive us to please Him and seek to be more like Him. Only this deep gratitude from a heart of repentance will motivate us to reprioritize what is most important to us. Click To Tweet

Love and gratitude for what Jesus has done for us should drive us to please Him and seek to be more like Him. Only this deep gratitude from a heart of repentance will motivate us to reprioritize what is most important to us. From this perspective, we will see that reading Scripture is a privilege not a chore.

It is in Scripture that we learn who God is, what He has done through His Son, and His truth about reality. We should also be learning this from our parents, pastors, mentors, and community. Unfortunately, Scripture is not always taught as having ultimate authority in churches. In fact, according to a similar 2022 study, only 12% of all youth pastors have a biblical worldview.

Only when we learn what the Bible says (authoritatively) can we begin to have a biblical worldview. There is no shortcut.

When we do this, we understand that the Bible teaches moral truth for all people that is grounded in God’s character. We learn that Jesus taught us to discern right from wrong, and to help our neighbor remove the spec in their eye only once we’ve taken the plank out of our own. We learn to value God’s good creation, including our bodies, and that the true identity of every man or woman is to be a child of God. We learn that we are not autonomous; instead, we are all accountable to our Creator and dependent on Him for meaning, purpose, identity, forgiveness, healing, transformation, and salvation.

When we fail to have a biblical worldview as Christians, we are no different than non-Christians. We prioritize the same things, indulge in the same things, and have the same wrong answers to the problems of this broken world. We are not set free by the truth, instead we leave ourselves and others in the dark, denigrated and reduced by false identities.

When we fail to have a biblical worldview as Christians, we are no different than non-Christians. We are not set free by the truth, instead we leave ourselves and others in the dark, denigrated and reduced by false identities. Click To Tweet

We experience the same despair, shame, confusion, and disappointment as the world because, like the world, we ignore God’s truth.

To draw people to the Light, we must first have the Light. This means that we must understand what sin is, our need for real repentance, and the hope of forgiveness and new life in Christ. Without a biblical view of the world, sin is never dealt with, repentance is never sought, and forgiveness and salvation are avoided altogether because they are incomprehensible.

The consequences, as we have seen, are serious when Christians fail to have a biblical worldview. So, what are we to do?

Back to the Cure

As stated earlier, we must let our hearts be transformed by a real relationship with Jesus. Real relationship with Him starts by growing in knowledge and understanding of who the Bible says He is, for Christ is the “Word made Flesh” (John 1:14). This means studying His Word and surrounding ourselves with solid Christians who also study His Word.

We also need to be aware of the ways in which we are absorbing secular culture and do something about it. We have to set boundaries and intentionally reprioritize God as number one in our lives.

If you set your heart right with God and pursue Him with all of your might, true faith and a biblical worldview will be evident. Click To Tweet

If you set your heart right with God and pursue Him with all of your might, true faith and a biblical worldview will be evident.

But this will only come by first reflecting deeply on God’s Word. As your love and gratitude for Him grows, the pursuit of Him, and surrender to Him, become a privilege – like the man who discovered treasure in a field and sold everything he had to obtain it (Matthew 13:44).

is from Denver, CO, and is currently a seminary student at Houston Christian University seeking a Master’s degree in Theology. He endeavors to bring biblical literacy and solid theology to the American Church that so desperately needs it. He is blessed with an amazing wife of 16 years, four homeschooled children, and a feisty puppy. He enjoys Bible studies, meaningful conversation, and all of his wife’s cooking but only some of her puns.

By Joseph Monarez 1 month ago
2 comments