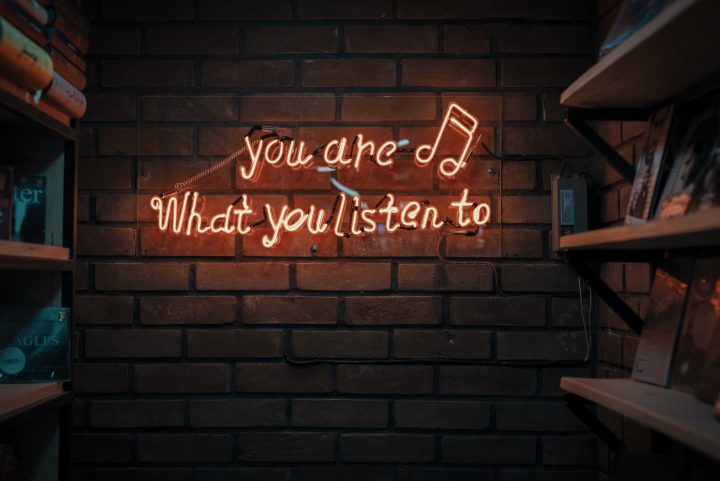 Music of all kinds is without a doubt a wonderful thing. The sound of varying instruments with the melodies and harmonies of vocalists all come together to create this beautiful tapestry we call a song. It is an incredible gift of God, something we can enjoy and give thanks to Him for.

But not all music out there is good.

We all know there are songs we don’t listen to, songs with explicit sexual lyrics or profane language. We stay away from those.

But even among Christian circles, there are songs that are considered fine that should not be. These songs with their catchy tunes and general popularity have become exceptions, but what the lyrics convey is downright wrong.

When this is pointed out, most people will somewhat uncomfortably acknowledge that yes, the song really isn’t good and then move on or they will accuse you of overthinking the lyrics. I once heard someone say, “don’t actually listen to what it’s actually saying.”

Why Paying Attention to the Lyrics is Important

This ought not be our mentality. We need to pay attention to the lyrics of a song for multiple reasons.

Firstly, when we willingly take part in something, even something as small as voluntarily listening to a song, we are making a declaration of its worth. We are saying, “This is worth my time and thought.” It is completely backwards and contrary to say, “I like this song, this is worth my time and thought, even though I completely disagree with everything it is saying.”

When we willingly take part in something, even something as small as voluntarily listening to a song, we are making a declaration of its worth. Click To Tweet

Secondly, we are commanded in scripture that “whatever you do, in word or in deed, do it all for the glory of God,” (Colossians 3:17). Can we honestly give glory to God while listening and singing along to a song that promotes something He finds abominable? With whatever we do, we should be offering it up to God with thanksgiving saying, “thank You God for this. I recognize this is a gift from You.” God will never give us a gift that He is not pleased with. Whatever music we listen and sing to, we should be able to sing it giving thanks to the Lord for having that music.

This is Not “Normal”

As Christians we are called to a higher standard than others, and a lot of people will not understand that. We are a culture in which music is very important. When you say you’re not comfortable with a certain song the world will not like it. At all.

As Christians we don’t live by the same standards as everyone else, and people don’t like that. But when we stand face to face with the King of the universe, we will not for a second regret anything we did in His name. Click To Tweet

We as Christians are not normal, we don’t live by the same standards as everyone else, and people don’t like that. But when we stand face to face with the King of the universe, we will not for a second regret anything we did in His name.

A Delicate Matter that Requires Wisdom

It is admittedly quite difficult to know which songs are alright to listen to and which ones should be removed from a playlist. I have no definitive answer or formula to follow because some people might genuinely be able to listen to a song with a clear conscience while another would not be able to do so. We all have different struggles, so our personal guidelines for what is “okay” may vary.

One thing I would recommend is to look up the lyrics and read them aloud. Don’t sing them, just say them out loud and think about what they mean. Perhaps read them to a genuine Christ-loving friend who hasn’t heard the song before and ask them what they think.

Finally, as in everything you do, look to the Word of God for wisdom on what standards you should have, and pray about it. As a Christian, you have the Holy Spirit of God inside of you. Listen to what He has to say through your conscience and through scripture.

It’s hard to have standards that are higher than everyone else’s, to have a conscience more sensitive than others. It’s hard always being the one who says, “I’m not okay with that,” when everyone else is. I know this firsthand.

But God is worth it. God is always worth it, and He has promised that He, “works all things out for the good of those who love Him,” (Romans 8:28).

is a 15-year-old living in California, but has spent the last ten years in Indonesia, being a missionary kid. He loves reading and writing and is in the process of plotting a fantasy trilogy. He has a desire to do hard things for the sake of the gospel, and wants to use his words to impact the life of others.

By Noah Scherer 1 month ago
2 comments