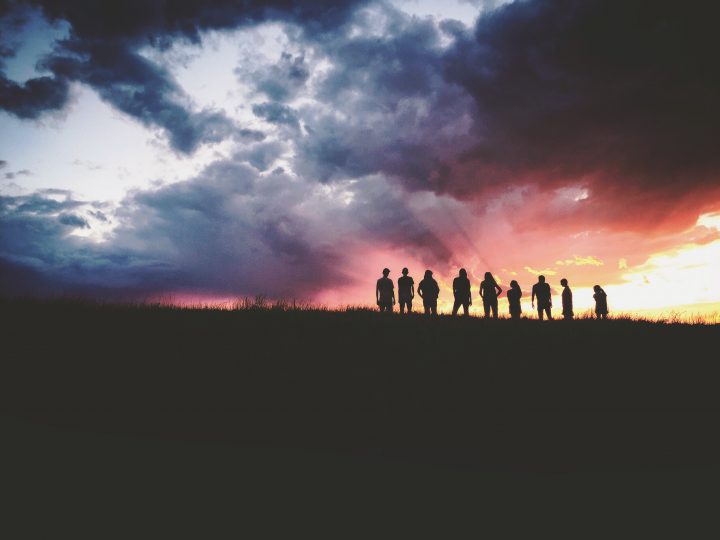 Drag Queen Story Hours have increasingly grown in popularity among many public libraries.

One such story hour was held at Maryland’s Kensington Park Library in July of 2022. The library stated that “Drag Queen Hour captures the imagination and play of the gender fluidity in childhood and gives kids glamorous, positive, and unabashedly queer role models.” There have been many news stories detailing the events, the protestors’ responses, and the story hours’ declared successes.

When reading the headlines and articles, my heart often sinks in discouragement. In a country that was once founded upon Christian principles, we are witnessing a continual rebellion against God and His Word.

When God clearly tells us that He created mankind as male and female, the world rejects such design in exchange for autonomy and gender fluidity. When Drag Queen Story Hours seem normative and the rejection of such is considered hateful and unloving, some Christians are tempted to cave into the pressure or merely hide away until Jesus’ return.

We are terrified of being the minority, dwelling alone in our stance for truth.

You Are Not Alone

On Thursday, December 29, 2022, I had the great privilege of attending a story hour at the Indianapolis Public Library, held by Kirk Cameron, a Christian actor and evangelist. In response to the Drag Queen Story Hours that have been sweeping the nation, Cameron read his recent children’s book, “As You Grow,” a story exploring the fruit of the Spirit and biblical character qualities for children.

But Cameron’s desire to schedule a story hour was rejected by the over fifty libraries he reached out to, one library stating, “Thank you for thinking of us, but we are not interested in this program.” Such refusal to allow Cameron to rent a room in the public library, a supposedly equal opportunity for every individual, while enthusiastically endorsing Drag Queen Story Hours is a violation of our First Amendment freedom of speech and practice of religion. Two libraries finally caved after Cameron declared he was prepared to pursue legal action to protect his First Amendment rights.

One of those libraries was my own local library, the Indianapolis Public Library.

When my family of eight hopped into our minivan and made our way downtown, we expected to be immediately ushered into a small reading room along with perhaps twenty to fifty people.

But we were wondrously mistaken.

Shockingly, the people kept showing up.

After waiting in line for thirty minutes, we were told that Kirk Cameron would now do two different readings to accommodate the abundance of people crammed into the massive library. We were later told that we would be unable to participate in Cameron’s reading hour.

But we stayed anyway. Though they encouraged us to leave, we stayed. Not so we could find a way to see Kirk Cameron or experience the story hour, but so we could take a stand. A stand that we all believed in.

You Are Not the Minority

Despite what is perceived through social media, news channels, entertainment, and secular education, you are not the minority.

Not yet, that is.

Such numbers can be immensely discouraging to those who uphold God’s design for gender, the differing roles of males and females, and biblical marriage. We desperately want to know that we do not stand alone in this fight for God, His rule, and His Word.

This Thursday at the Indianapolis Public Library, I realized that I do not stand alone.

Never in the 137 years of the Indianapolis Public Library has such a massive gathering showed up at an event at this library. Kirk Cameron’s story hour, which was not even featured on the events schedule on the library’s website, drew in over 2,500 who wanted to make a stand for truth.

In a world where actor Chris Evans calls conservative Christians “idiots”, whom he claims will “die off like dinosaurs,” where Drag Queen Story Hours are being pushed upon young and impressionable children, and where Disney animated films are filled with the LGBTQ+ agenda, it is tempting to feel like the foolish ones who stand alone.

But a recent poll shows that the majority of parents consider Drag Queen Story Hours inappropriate for their children. Even the most recent Disney animated films featuring openly gay characters have plummeted at the box office.

But while many make various excuses for the reasons why the popularity of such events and films are bombing, one thing is clear: there are others who stand alongside us, although we may not see them.

When I stood in the massive crowd of people at the Indianapolis Public Library, I was struck by the sense that I was not the only one. Though we are bombarded by the message that we are the outdated ones whose Christian beliefs will soon expire, we can know that Christ is very much alive and active within His people.

Continue to Stand for Truth

God is working through His people, and though the fog of this world may prevent us from seeing the others who are standing with us, we must know that they are there. Click To Tweet

God is working through His people, and though the fog of this world may prevent us from seeing the others who are standing with us, we must know that they are there.

The story is not yet over. God has already overcome, and we will one day stand with Him alongside our fellow brothers and sisters when we finally reach our eternal home.

By Kyla Hardee 1 month ago
8 comments