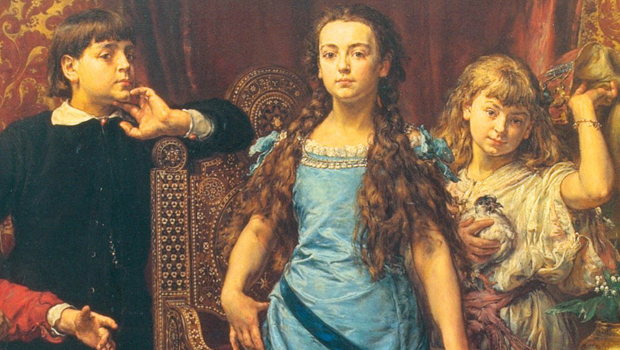 My brother, Stephen, had hurt my feelings and I felt like I had every right to be upset. “He’s not even trying to be sensitive to me,” I told myself as I wondered what I should do. Actually, I knew what I should do. I needed go to him, talk it through, and humble myself—but I definitely didn’t feel like doing it. I’m sure you know the feeling—when admitting that you were wrong is the absolute last thing on earth that you want to do. You want to just ignore the problem or in some way “get back” at the person who has offended you.

But do we really think things will fix themselves? How will we be able to fulfill what God has for us in the future if we aren’t willing to resolve past problems and apologize for the part we played? How can we expect that God will give us new ministry assignments tomorrow if we won’t obey the assignments He’s given us today?

A few years ago our family was going on a long trip and my mom decided to add a special touch to our travels by making individual trail mix bags for each of us to enjoy along the way. It had dried fruit, nuts, M&Ms, and the like. At the beginning of the trip, we thought the bags were great and enjoyed our snack thoroughly. But you can only eat trail mix for so long, and by the end of the trip, none of us were too excited about dried fruit or peanuts. To top it off, it was the middle of July and all of the M&Ms melted, turning each bag into a big chocolaty glob. Stephen, Grace, and I decided that we had had enough of our trail mix bags.

However, my mother, not wanting to waste anything, decided that she would do something with the leftover trail mix to encourage us to eat it. She took a yellow cake mix, dumped in all the bags of chocolaty goop, and baked it in the oven. When it came out, it looked terrible—much worse than it had before. The papaya in the trail mix turned the entire cake orange. I mean, it was orange. There wasn’t a chance that any of us were going to eat it now—not even Dad, and he usually likes everything! Mom didn’t know what to do. In the end, she decided to save the cake in the freezer. Several months later she brought it out again. And you guessed it—it wasn’t a big success.

Now here’s my point. Most of us don’t like to deal with problems. We hide it, we disguise it, we attempt to cover it up, we try to forget about it, we hope other people will forget about it … but the problem is just going to reoccur until we deal with the real issue. No matter how many new ways my mom tried to serve the trail mix, it wasn’t going to work. In the same way, no matter how many new strategies we try in attempt to “just get by” with our siblings, it’s not going to work. We need to get rid of the underlying problems of bitterness, guilt, anger, and unresolved conflicts. This requires being willing to do an extremely hard thing—admit when we are wrong and ask forgiveness.

As I was feeling upset with Stephen on this particular day and thinking about these things, I knew what the Lord wanted me to do. I couldn’t go to bed angry or just hope my feelings would go away. I needed to take some initiative and resolve the conflict. So even though it was 10 o’clock at night, I invited Stephen to go out for a snack with me. We discussed our little disagreement (which felt big to me at the time). I asked him to tell me what I had done wrong. I asked the Lord to help me see it from his perspective. Suddenly I noticed how nice and sensitive Stephen was trying to be as he explained his point of view. I quickly realized that he wasn’t the only one to blame for our conflict. Although it was difficult to humble myself and admit my wrong attitude, I’m so glad I did. When we arrived home we felt like best friends again.

It may be hard to work through these “little” struggles that occur in our daily lives, but it’s extremely important that we are willing to do so. Think about tooth decay, for instance. It is a physical example of the spiritual decay that we see all around us. Toothaches hurt! It is especially painful to dig out the decay, but in order to fix the tooth you can’t just put in a filling. You’ve got to dig out the decay first. Painful? That’s for sure! But necessary? Absolutely. If you don’t take care of the decay, you’ll end up with a root canal later—or end up being toothless.

It’s difficult it is to humble ourselves, especially when we feel that our brother or sister was mostly to blame. Here’s a tip: They usually feel the same way about us! The question is, are we willing to do a hard thing in order to honor God in our relationship with our siblings? Remember, the Lord exalts those who humble themselves. It’s a promise (see James 4:10).

So take the humble road. Ask the Lord to bring any unresolved conflicts to your mind and show you where you were wrong. When you go to your brother or sister, don’t bring up all of your claims and counter-claims. Don’t go in with the purpose of defending yourself and proving yourself right. Just apologize for your own sin and ask their forgiveness. You will find that doing hard things brings tremendous rewards.