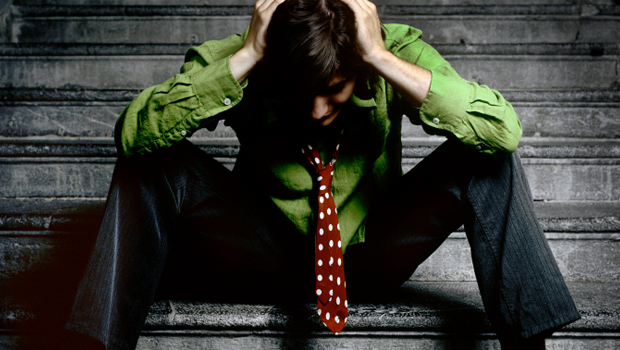 What’s harder than doing hard things? Doing hard things and failing. In response to my article, My First Shower Nearly Killed Me, a reader named Gracie commented, “The hardest part is when you keep pushing yourself harder and harder, and you still fail. I put so much of myself into this one thing and I still failed.”

Maybe you can relate. Like Gracie you’re not really inept, but it can be really hard for you to get good at something. Maybe you have tried to Do Hard Things, and it hasn’t worked. You have failed too many times. So you have given up. You have lost your enthusiasm for pursuing excellence. This post is for you.

Competence Has An Enemy Called Discouragement

This last Saturday I was standing in line to take my SAT World History Subject Test, when a guy behind me started saying, “Yeah, World History is so easy. I didn’t even study for it and I scored 780.”

I wanted to strangle him. In the past two weeks I had watched 15 hours of world history video lectures, read through three different textbooks, and taken multiple practice tests. While he’s ranting about how easy it is I’m still studying my notes and dreaming about breaking 700!

For many of us the biggest enemy to our competence is discouragment—the idea that we were born into the wrong family, in the wrong school district, with the wrong Intelligence Quotient. We understand that not everyone can be Albert Einstein, but we would have settled for average!

To make matters worse, we look around and see people who, because of their natural abilities, can do well at things without even trying. These are the kinds of people who seem to ace tests without studying and then sit down at the piano and sight read Khatchaturian — and we’ll never be like that.

A Lesson From Our Sixteenth President

I remember reading biographies of our 16th President, Abraham Lincoln, and thinking that he must have had more failures than successes. He had repeated business set-backs and numerous political defeats. By 1856 Lincoln had lost eight elections. At this point most of us would decide to give up and go home. Lincoln decided to run for President — and he won in 1860.

So here’s the encouragement: most often success is not a matter of giftedness or natural ability. Most often it doesn’t come easily — just ask Abraham Lincoln. But the mindset that says, “Do Hard Things” should encourage us that if we keep exerting ourselves, we will build muscle. And we’ll be able to look back at our lives someday and say, “I’m glad I didn’t give up. I’m glad I kept on trying.” Do you think Lincoln was glad he didn’t give up after eight defeats?

Prepared For The Hardest Things

We might think that Lincoln deserved an easy presidency after all that hardship — the reality is that his life of struggles uniquely prepared him for one of the most difficult presidencies in American history: the Civil War presidency. God could have put a fair-weather politician in office during the Civil War, but instead He chose a proven overcomer — and it’s not hard to see why.

In our lives, it might be hard to see why we can’t ace a World History test without dozens of hours of study. Or why we have to work twice as hard to get half the results that other people get.

But you know what? We will have an advantage over all the people who because of their natural abilities can do a lot of things without even trying. Why? Because we will have learned to keep exerting ourselves, keep growing, keep trying — even when it’s really hard.

And the gifted people? They will often get stuck at the level of their gifting. They do what comes easily, but for us everything is a workout — so we will be stronger.

Failure is never wasted if we learn to do the following: (1) turn to God and become more reliant on Him, (2) learn from our mistakes, and (3) get back up and try again. We should pity those who never fail. Their faith and their fortitude must be very weak.

I didn’t share Gracie’s full comment with you at the beginning. She went on to say that what she hadn’t done before was to give things up to God. “Funny how we forget that sometimes,” she wrote, “I guess I’ll just wait until my next math test, study harder, and first and formost, give it to God.”

Gracie’s failure was invaluable because through it she learned to depend on God. Doing hard things has made her faith stronger and birthed in her the mindset of an overcomer, and that’s more important than all the success in the world.