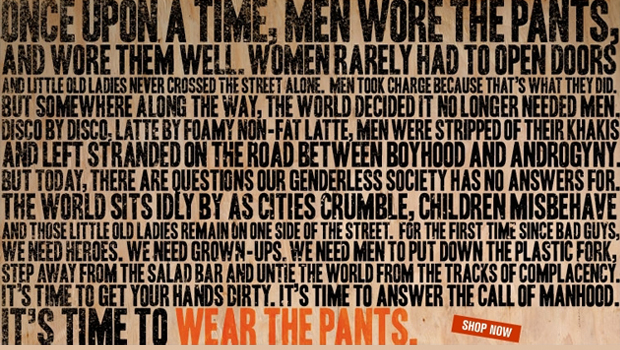 In an interview with Brandweek, Jennifer Sey, Dockers’ vice president of global marketing, said that “sensitivity, chivalry, ambition and decisiveness” are the traits they wish to highlight. The new promos hopefully will “inspire today’s men to be men,” she told Brandweek. In today’s world that is pretty bold.