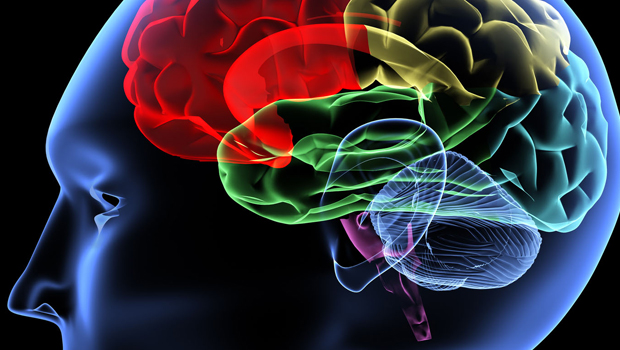 I was reading an article on “mental athletes” by The New York Times. It was a fascinating subject, however, there was one section in particular that caught my attention and seemed worth passing along.

In the Secrets of a Mind-Gamer (an article with a very off-putting and tawdry introduction which only makes sense if you read the entire thing) Joshua Foer explores his journey from journalistic curiosity to competing for the United States Memory Championship. As he relates the steps he took, he tells of when he seemingly hit the plateau of his memorizing potential, and how he got past it:

Cooke kept me on a strict training regimen. Each morning, after drinking coffee but before reading the newspaper or showering or getting dressed, I sat at my desk for 10 to 15 minutes to work through a poem or memorize the names in an old yearbook. Rather than take a magazine or book along with me on the subway, I would whip out a page of random numbers or a deck of playing cards and try to commit it to memory. Strolls around the neighborhood became an excuse to memorize license plates. I began to pay a creepy amount of attention to name tags. I memorized my shopping lists. Whenever someone gave me a phone number, I installed it in a special memory palace.

Over the next several months, while I built a veritable metropolis of memory palaces and stocked them with strange and colorful images, Ericsson kept tabs on my development. When I got stuck, I would call him for advice, and he would inevitably send me scurrying for some journal article that he promised would help me understand my shortcomings. At one point, not long after I started training, my memory stopped improving. No matter how much I practiced, I couldn’t memorize playing cards any faster than 1 every 10 seconds. I was stuck in a rut, and I couldn’t figure out why. “My card times have hit a plateau,” I lamented.

“At one point, not long after I started training, my memory stopped improving. No matter how much I practiced, I couldn’t memorize playing cards any faster than 1 every 10 seconds. I was
stuck in a rut, and I couldn’t figure out why.

“I would recommend you check out the literature on speed typing,” he replied.

When people first learn to use a keyboard, they improve very quickly from sloppy single-finger pecking to careful two-handed typing, until eventually the fingers move effortlessly and the whole process becomes unconscious. At this point, most people’s typing skills stop progressing. They reach a plateau. If you think about it, it’s strange. We’ve always been told that practice makes perfect, and yet many people sit behind a keyboard for hours a day. So why don’t they just keeping getting better and better?

In the 1960s, the psychologists Paul Fitts and Michael Posner tried to answer this question by describing the three stages of acquiring a new skill. During the first phase, known as the cognitive phase, we intellectualize the task and discover new strategies to accomplish it more proficiently. During the second, the associative phase, we concentrate less, making fewer major errors, and become more efficient. Finally we reach what Fitts and Posner called the autonomous phase, when we’re as good as we need to be at the task and we basically run on autopilot. Most of the time that’s a good thing. The less we have to focus on the repetitive tasks of everyday life, the more we can concentrate on the stuff that really matters. You can actually see this phase shift take place in f.M.R.I.’s of subjects as they learn new tasks: the parts of the brain involved in conscious reasoning become less active, and other parts of the brain take over. You could call it the O.K. plateau.

Psychologists used to think that O.K. plateaus marked the upper bounds of innate ability. In his 1869 book “Hereditary Genius,” Sir Francis Galton argued that a person could improve at mental and physical activities until he hit a wall, which “he cannot by any education or exertion overpass.” In other words, the best we can do is simply the best we can do. But Ericsson and his colleagues have found over and over again that with the right kind of effort, that’s rarely the case. They believe that Galton’s wall often has much less to do with our innate limits than with what we consider an acceptable level of performance. They’ve found that top achievers typically follow the same general pattern. They develop strategies for keeping out of the autonomous stage by doing three things: focusing on their technique, staying goal-oriented and getting immediate feedback on their performance.

“Psychologists used to think that O.K. plateaus marked the upper bounds of innate ability. In other words, the best we can do is simply the best we can do. But Ericsson and his colleagues have found over and over again that with the right kind of effort, that’s rarely the case.”

Amateur musicians, for example, tend to spend their practice time playing music, whereas pros tend to work through tedious exercises or focus on difficult parts of pieces. Similarly, the best ice skaters spend more of their practice time trying jumps that they land less often, while lesser skaters work more on jumps they’ve already mastered. In other words, regular practice simply isn’t enough. For all of our griping over our failing memories — the misplaced keys, the forgotten name, the factoid stuck on the tip of the tongue — our biggest failing may be that we forget how rarely we forget. To improve, we have to be constantly pushing ourselves beyond where we think our limits lie and then pay attention to how and why we fail. That’s what I needed to do if I was going to improve my memory.

“To improve, we have to be constantly pushing ourselves beyond where we think our limits lie and then pay attention to
how and why we fail. That’s what I needed to do
if I was going to improve my memory.”

With typing, it’s relatively easy to get past the O.K. plateau. Psychologists have discovered that the most efficient method is to force yourself to type 10 to 20 percent faster than your comfort pace and to allow yourself to make mistakes. Only by watching yourself mistype at that faster speed can you figure out the obstacles that are slowing you down and overcome them. Ericsson suggested that I try the same thing with cards. He told me to find a metronome and to try to memorize a card every time it clicked. Once I figured out my limits, he instructed me to set the metronome 10 to 20 percent faster and keep trying at the quicker pace until I stopped making mistakes. Whenever I came across a card that was particularly troublesome, I was supposed to make a note of it and see if I could figure out why it was giving me cognitive hiccups. The technique worked, and within a couple days I was off the O.K. plateau, and my card times began falling again at a steady clip. Before long, I was committing entire decks to memory in just a few minutes.

I think this is fascinating and challenging. To be honest, it is something I have wondered about in passing but never took the time to actually investigate.

In some ways, I have to confess I regret learning about it because I’ve lost an excuse I like to use. Sometimes when I do things and reach my plateau I simply stop, because I’m a perfectionist, and if I don’t compare with those who are really good then I don’t want to do it at all. There are other things I’m better at, I reason, and so I excuse myself by rationalizing that it’s a waste of time to dwell on something I can’t get any better at. Now I’ve lost my excuse.

But on the other hand, this thought thrills me. The best you think you can do, is not the best you can do. With the correct approach, with feedback, and diligence in repeatedly practicing the hard parts and the areas in which we are the most likely to fail, we can go far beyond what initially appears the limits of our potential.

Join in by answering any or all of the following questions: