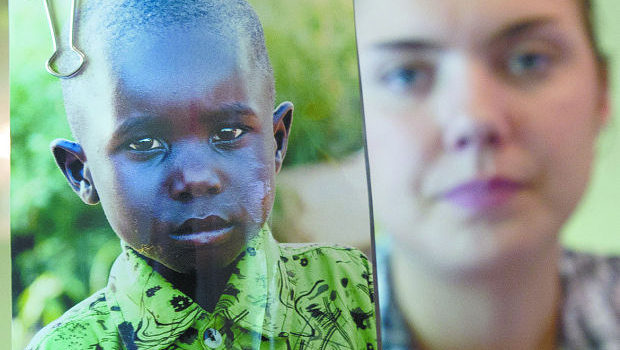 (Decatur Daily) – On her first trip in April to a remote Ugandan village, Kristiana Puckett, 18, walked in front of her car as it motored along footpaths and helped push bat-filled bushes out of the way.

Then she strolled behind the car, joining her mother, Nicole Puckett, two native women, her friend, Susan Acen, and her mother, while a man named Moses drove.

The duties this time weren’t as dull as they neared the end of their seven-hour ride. They handed out Smarties candy to a group of trailing children.

But emotions stirred in Kristiana Puckett as she came face to face with the reason she wanted to be there: to help poverty-stricken orphans Acen had told her about.

Later in the village of Onyerai, where an estimated 400 orphans reside, she met a boy named William, who wandered from house to house asking for food.

“That was the way he lived,” Puckett, of Decatur, said. “After William, I met more orphans, then I spoke with relatives who are caring for some of the children. They told me their stories, and I was broken. I knew I couldn’t go home and pretend I didn’t know about the need.”

J.D. Thorne, pastor of Point Mallard Baptist Church, where the family has been a member since September, praises Kristiana Puckett and others like her.

“She’s one of those young people who not only wants to talk about her faith but also wants to put it into practice,” he said. “She’s part of a younger generation who wants to see the gospel impact the world.”