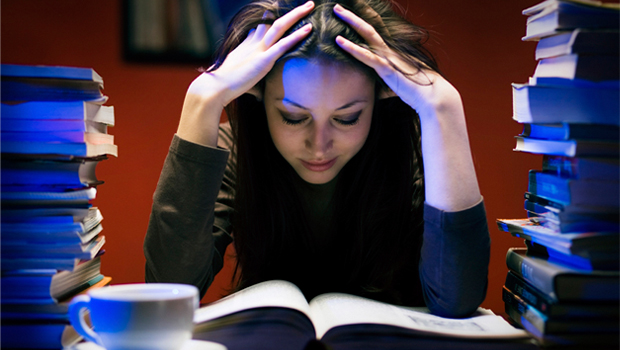 We hear it all the time. And we’ve had enough. Because we believe that the idea of “math people” is the most self-destructive idea in America today.

The truth is, you probably are a math person, and by thinking otherwise, you are possibly hamstringing your own career.

Worse, you may be helping to perpetuate a pernicious myth that is harming underprivileged children — the myth of inborn genetic math ability.

Is math ability genetic? Sure, to some degree.

Terence Tao, UCLA’s famous virtuoso mathematician, publishes dozens of papers in top journals every year, and is sought out by researchers around the world to help with the hardest parts of their theories.

Essentially none of us could ever be as good at math as Terence Tao, no matter how hard we tried or how well we were taught.

But here’s the thing: We don’t have to! For high school math, inborn talent is just much less important than hard work, preparation, and self-confidence.

How do we know this? First of all, both of us have taught math for many years—as professors, teaching assistants, and private tutors. Again and again, we have seen the following pattern repeat itself:

Academic psychology journals are well stocked with papers studying the world view that lies behind the kind of self-fulfilling prophecy we just described.

The “entity orientation” that says “You are smart or not, end of story,” leads to bad outcomes—a result that has been confirmed by many other studies. (The relevance for math is shown by researchers at Oklahoma City who recently found that belief in inborn math ability may be responsible for much of the gender gap in mathematics.)

They found that students who agreed that “You can always greatly change how intelligent you are” got higher grades. But as Richard Nisbett recounts in his book Intelligence and How to Get It, they did something even more remarkable:

Dweck and her colleagues then tried to convince a group of poor minority junior high school students that intelligence is highly malleable and can be developed by hard work…that learning changes the brain by forming new…connections and that students are in charge of this change process.

The results? Convincing students that they could make themselves smarter by hard work led them to work harder and get higher grades. The intervention had the biggest effect for students who started out believing intelligence was genetic. (A control group, who were taught how memory works, showed no such gains.)

But improving grades was not the most dramatic effect, “Dweck reported that some of her tough junior high school boys were reduced to tears by the news that their intelligence was substantially under their control.” It is no picnic going through life believing you were born dumb—and are doomed to stay that way.

For almost everyone, believing that you were born dumb—and are doomed to stay that way—is believing a lie.

IQ itself can improve with hard work.

Because the truth may be hard to believe, here is a set of links about some excellent books to convince you that most people can become smart in many ways, if they work hard enough:

So why do we focus on math? For one thing, math skills are increasingly important for getting good jobs these days—so believing you can’t learn math is especially self-destructive.

But we also believe that math is the area where America’s “fallacy of inborn ability” is the most entrenched.

Math is the great mental bogeyman of an unconfident America. If we can convince you that anyone can learn math, it should be a short step to convincing you that you can learn just about anything, if you work hard enough.

wrote this article for QZ.com and are not affiliated with TheRebelution.com. Miles is an economics professor at the University of Michigan. He writes about economics, politics and religion. Noah is an assistant professor of finance at Stony Brook University. He runs a blog called Noahpinion.