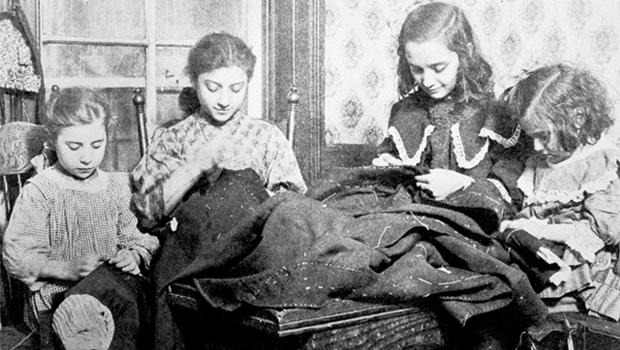 (Huffington Post) — In the U.S., we tend to think of babies and young children as immature, incompetent beings. This is because of a long history of research in developmental psychology — especially the work of Jean Piaget — that viewed infants’ and children’s thinking as deficient compared to adults’.

By studying his own two children, Piaget concluded that children learn through exploring the world on their own like “little scientists.”

But Piaget assumed that young children didn’t have much capacity for logical thought. He showed this through his famous experiments where he asked preschool children to respond to demonstrations of various physical properties.

Videos of these experiments are often used in developmental psychology courses to show the cute, often amusingly incorrect responses of these “immature” children.

Newer research by developmental psychologists such as Alison Gopnik has started to seriously question the assumption that children are immature thinkers.

Gopnik has shown us that babies and young children develop cognitive capacities early on — in fact, they are innately wired for learning from the moment they are born.

Annie Murphy Paul pushes this understanding one step further by showing us the many important things fetuses learn about the world while they are still in the womb.

Fetuses learn things like what foods are enjoyed by the mother’s culture, whether to anticipate a world full of stress and deprivation or a world full of abundance and security. At birth, we already have a sophisticated sense of what to expect from our environment.

However, the babies and children that this research is about are almost always living in the U.S., Canada, or other Western societies. What can we learn when we adopt a broader cultural perspective?

In the U.S., popular thinking assumes that children should enjoy an extended childhood where they have the time to play and explore, that they should develop academic skills at a relatively early age (but not too early), and that they shouldn’t have to do the kinds of work that adults do.

How we raise our children — and the types of cognitive skills we value and encourage — grows out of these cultural values.

However, the values that we take for granted are not shared across cultures.

Cultural psychologist Barbara Rogoff has shown us that cultures vary widely in when they think children are mature enough for certain adult-like tasks.

For example, in Efe culture, it’s common for an 11-month-old to use a machete without adult supervision. In many non-Western cultures, children (mostly girls) are responsible for adult-like work, such as taking care of infants, by the age of 3.

These childrearing practices may sound shocking to us in the U.S. because we assume that children aren’t ready for these kinds of tasks.

But these practices make logical sense when understood through the lens of culture.

Not everyone shares the Western assumption that children should have an extended, protected childhood. The circumstances of life in different parts of the world create different assumptions about what childhood should look like.

wrote this article for the Huffington Post and is not affiliated with The Rebelution. She is a Visiting Assistant Professor in the Department of Human Development at Binghamton University (State University of New York) where she teaches courses on gender, education, and child development.